Home » Draghi’s plan to kick off microchip production in Italy 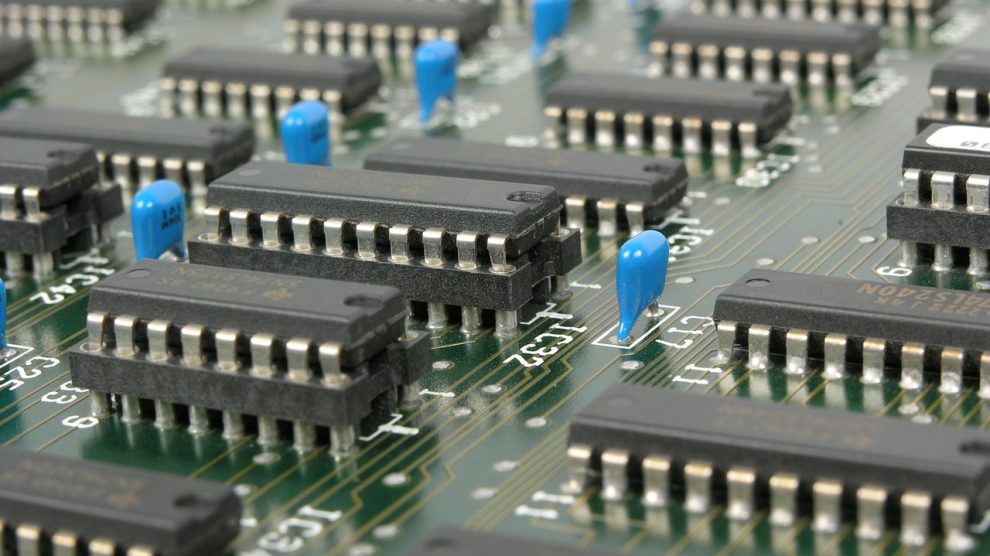 Pat Gelsinger, CEO of Intel, was received by the Italian government. An €8 billion European production center is at stake, but state aid will require some flexibility on behalf of the Commission - a €850 million factory owned by the Italian-French STM is planned in Catania, but that investment could fail...

Italy is eyeing a grand entrance into the European microchip game. Formiche.net revealed that key members of the Italian government recently met with Pat Gelsinger, CEO of Intel, the largest American semiconductor company, in Rome.

Mr Gelsinger spoke with Prime Minister Mario Draghi, the Minister for Economic Development Giancarlo Giorgetti and the Minister for the Technological Innovation and Digital Transition Vittorio Colao. He also dropped by the Vatican for a quick meet-and-greet with pope Francis and spoke with the heads of several microchip-consuming industry titans, such as TIM and Leonardo.

As he later confirmed in an interview with Repubblica, Italy is among the countries being considered for the construction of a 100 billion dollar European semiconductor production plant. This project is the reason for the CEO’s European trip, which also included France, Germany and Belgium (more specifically, EU commissioners Margrethe Vestagher and Thierry Breton).

The American chipmaker intends to bet on Europe to respond to the Asian competition in the manufacturing of the latest generation of chips – that is, those smaller than 10 nanometers, which only a handful of companies can produce due to prohibitive costs and hefty R&D investments.

Hence, the tour was also intended to fathom the availability of state (or even European) funding, while making sure that the project would not be ripped apart by the bloc’s antitrust watchdogs. “What we’re asking from both the US and the European governments is to make it competitive for us to do it here compared to in Asia,” said Mr Gelsinger to Politico Europe.

In a later statement to Formiche.net, an Intel spokesperson explained that “currently, operating a FAB (semiconductor fabrication plant, editor’s note) in Europe or the US can cost 20-40% more than in Asian countries. [As we] look to Europe and the US to help balance the global silicon supply chain, we are encouraged by the response we have received from government leaders.”

In recent months, the production of microchips has climbed the agenda of the European Commission. Faced with exponentially growing demand – caused by the stress on the global supply chain during the pandemic -, Europe (with its lackluster chip industry) must invest to compete with its Asian competition, particularly that from China, South Korea and Taiwan (which houses the world’s largest producer, TSMC).

Notably, the Commission regards semiconductors as one of the pillars of the EU’s “strategic autonomy”. It’s painfully evident to Mr Breton, who hails from a long career at the top of the European tech industry (at the helm of Orange and Atos) during which he got to know the sector’s main players, from Intel to TSMC, plus the Dutch companies NXP and ASML.

Leading tech companies expressed some skepticism with respect to the Commission’s “excessively top-down” approach. Also, there are doubts about the amount of state aid that Brussels is willing to allow in order to kick off the construction of European microchip plants capable of assembling state-of-the-art semiconductors, those powering, for instance, the electric car market. To achieve this, billions of euros in public investment are needed.

In the US, the Biden administration already tabled an initial $50 billion through the Chips Act, which was approved by a bipartisan front in Congress. Moreover, the White House’s report on supply chains, which was published at the beginning of June, includes other forms of public funding, such as Congress-allocated funds for the main American companies’ R&D efforts or the State Department’s “Multilateral Security Fund for semiconductors” to convince European and Asian allies to “secure production chains ”.

Italy is also on the move, and not only on the American front. One of the largest European chip manufacturers,  STMicroelectronics, is French and Italian. 27.5% of the company is owned by St Holding, a joint venture of which 50% is in the hands of the Italian Ministry of Economy, and Ft1Ci, 95% of which is owned by the French public investment bank, Bpifrance.

STMicroelectronics has two major investments at stake in Italy. The first, located in the country’s north, is a 65-thousand-square-meter plant, worth about €1.6 billion, slated to produce 300mm diameter silicon wafers. That plan was submitted two weeks ago to Mr Giorgetti. The second is in the South, in the Etna valley. For the time being, that project is on paper only, but €850 million between now and 2025 have been earmarked for it in Italys’ Recovery Fund.

Trouble is, the level of state aid that’s required to materialize this project is banned from Italy’s Recovery Plan, in accordance with the rules of the EU Commission. Barring an explicit derogation, the final sum destined for the STM factory could be greatly reduced, a source who worked at the deal claims.