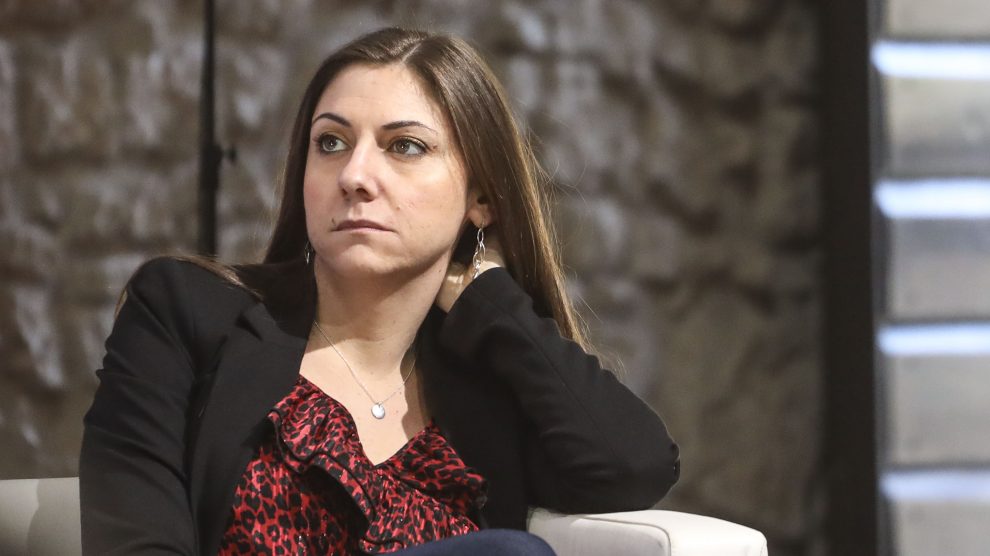 From the G20 Digital Ministers' Meeting in Trieste, Ms Ascani lays out Italy's role as a crucial node for underwater cables and the accompanying geostrategic repercussions

If today data is the most precious asset to protect – as the recent attack on Italy’s healthcare system reminded us – submarine cables are “the most strategic asset of the 21st century.” Thus spoke Anna Ascani, Vice-President of the governing Democratic Party and Undersecretary at the Ministry of Economic Development, at the eve of last week’s G20 Digital Ministers’ meeting in Trieste.

Such industrial and institutional starpower underscored the importance of the matter at hand, which – strategically speaking – does not pale in comparison to that of gas and oil ducts. To date there are roughly 900,000 kilometers of operational submarine cables, about 22 times the length of the equator. 97% of the world’s internet traffic and $10,000 billion in financial transactions flow through these networks every day.

As the Undersecretary of the Foreign Ministry Manlio Di Stefano explained, one “only needs to look at the cables’ map to realize that Italy is a crucial hub.” Hence last week’s announcement of a collaboration between Sparkle and other players, including Google, to build the Blue & Raman Submarine Cable Systems.

The Blue System will connect Italy, France, Greece and Israel while the Raman System will touch Jordan, Saudi Arabia, Djibouti, Oman and India. Blue and Raman are expected to become operational in 2024, while the Tyrrhenian part of Blue System’s BlueMed cable will be active as early as 2022.

The whole Blue & Raman infrastructure will ultimately connect India to Italy via Israel while bypassing Egypt, establishing the new centrality of the Red Sea. It’s also a bit of a crossroads for Italy, the only G7 country to ever sign a memorandum of understanding with China for its adherence to the Belt and Road Initiative (aka the New Silk Road) in March 2019.

Having backtracked on its enthusiasm towards Beijing (a trend confirmed with Prime Minister Mario Draghi’s steadfast commitment to Atlanticism and Europeanism), today Rome seems rather interested in the infrastructure and investment projects that the European Union intends to develop with the United States and India to counter the BRI.

Blue Raman is “a valuable initiative for our country in many respects,” Ms Ascani told Formiche.net. “Indeed, the project drives the systemic adoption of technological excellence. It also fosters the strategic strengthening of Italy as a natural hub for submarine digital connectivity branching off from the Mediterranean, and the diversification of the submarine cables’ sections (which entail the improvement of safety standards). And – naturally – it bolsters the range of services that the countries that host the docking points can offer.”

Submarine internet cables are at the centre of the growing geopolitical rivalry between the United States and China in the European Union wider neighbourhood, reads a recent report by the European Council on Foreign Relations. The document calls on the EU, which lags behind the US and China in terms of influence on digital infrastructures and the States that depend on them, to overcome its deadlock by setting industrial standards, supporting the activities of European telecommunications companies abroad and protecting the Internet infrastructure from hostile powers.

“I believe that referring to the European scenario as a stalemate does not do justice to the complicated processes which are currently being implemented,” said Ms Ascani. “In recent years the EU has adopted – and is still implementing – an extremely complex course of initiatives aimed at achieving digital leadership in our continent.”

“I am referring, just to give an example, to the European data strategy, the regulation on artificial intelligence, the Quantum technologies flagship, up to the EU plans in the field of cybersecurity. Thus, I think that Member States – while fully respectful of their national prerogatives – will be able to play an active role in this process of change while also contributing with more initiatives to the future of Europe’s digital growth.”