Home » Kabul has fallen. What’s next for Afghanistan? 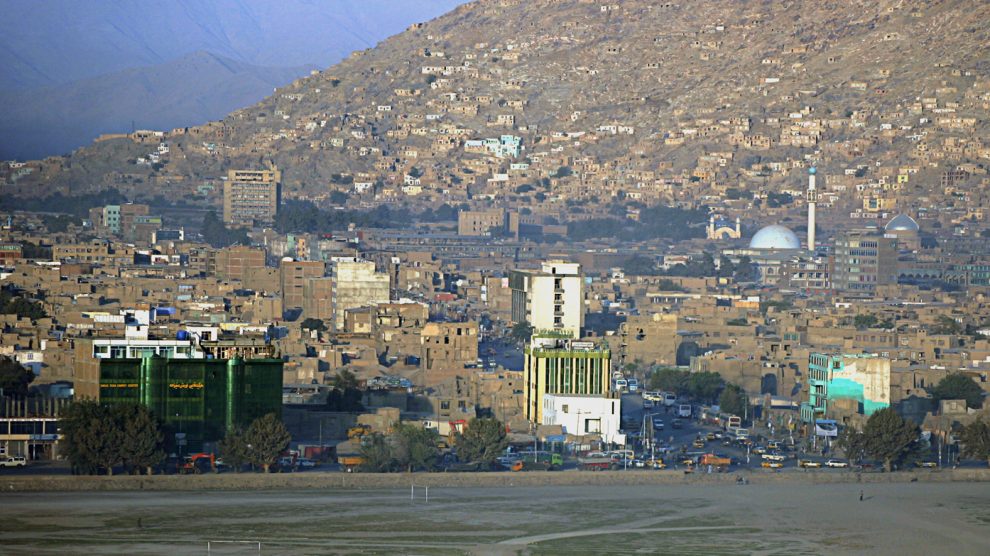 Exit the West, enter Iran, Russia and China. Three experts map out the global power shifts that might derive from the Taliban takeover of Afghanistan

It happened with extraordinary ease. On Sunday, August 15, the birth of the Islamic Emirate of Afghanistan was unofficially declared by the Taliban shortly after they entered Kabul and took control of government buildings, left largely bereft of defendants and political leaders. The shocking videos in circulation bear testimony to what this means to many Afghanis.

Several international commentators likened what happened to the Americans exit from Saigon, the Vietnamese capital, in 1975, but with a US-led Western coalition instead. The Islamist militant group took little more than a week to lay claim to the Afghani capital, frustrating a 20-year effort by the geopolitical West to build a solid, functional Afghan democracy – one that could contain extremist Islamism – and have it stand up on its own two feet as Western armies left.

“The US alone spent $88 billion to train and equip the Afghan army. Snow in the sun,” quips Leonardo Bellodi, an international affairs expert with a background at the United Nations. “Behind the scenes, no one thought that the Taliban would abide by the agreement they struck with the US about a year ago to sever ties with international terrorist groups and to participate in good faith negotiations with Kabul’s government while renouncing violence.”

The most immediate repercussions will be earth-shattering impacts on the livelihoods of Afghan citizens, especially those who worked with the Westerners, as they may be branded as traitors and persecuted by the Taliban, and women, who are facing an impending deprivation of their freedom under the group’s radical interpretation of Islamic law (sharia) after two decades of cultural progressivism. Non-Pashtun minorities, such as the Shiite Hazaras, might also face dire consequences.

Now, “[Westerners] have a double moral imperative,” argues Stefano Stefanini, Italy’s permanent representative to NATO and senior advisor at the Italian Institute for International Political Studies. “First we must exfiltrate whoever worked for us […] and secondly we must welcome those who will somehow land at our borders, via the Balcanic or Mediterranean routes. It goes without saying that repatriations towards Afghanistan must be suspended indefinitely. As for those refugees who will remain in camps, we must not deprive the UNHCR of the resources to assist them.”

Looking at the broader geopolitical horizons, the expert believes it’s best to avoid grand forecasts but it’s also useful to think about what will change. Modern-day Talibans seem to have a much wider territorial base than their predecessors, and it’s unclear how their rule will impact the region’s stability. Because of its geography, positioning and natural resources, Afghanistan remains strategic, and the power vacuum left by the West’s departure will be filled with other actors.

Some stances are already clear. According to the Italian General and geopolitical expert Carlo Jean, India (easily the regional power that’s closest to the West) is too far and too weak to intervene, even though it opposes the Taliban by means of the support they receive from New Delhi’s rival, Pakistan. The latter is somewhat supportive of the new Afghani regime, but it’s unclear how it will deal with its own version of the Taliban and the migration wave that’s likely incoming.

Iran adopted an extremely pragmatic line with the Afghani Taliban, one of cautious acceptance and realpolitik-ridden dialogue, which suggests there is room for progress between the two parties. The neighbouring power does not intend to intervene against the group. Nonetheless, Teheran (who protects Shiite Muslims around the world) will have to monitor the Shiite Afghanis such as the Hazaras, who were openly persecuted by the Taliban merely two decades ago. It will also have to deal with the new Europe-bound migrants on top of those it already hosts, which is likely to aggrieve the current political and economic instabilities.

The other great powers who potentially stand to benefit from this situation are Russia and China. “Even though they have not actively helped the Taliban – there are rumors but no evidence – they have come to the conclusion that a Taliban Afghanistan is a modest price to pay for the US and NATO leaving the scene and the consequent loss of Western prestige and credibility,” says Mr Stefanini.

Such conclusions are shared by General Jean, who nonetheless warned that it’s too early to tell if Moscow and Beijing will cooperate or compete to occupy the power vacuum left behind by the West; “both are interested in excluding the US from Central Asia, [but Russia] is worried about the spread of the Afghan fundamentalist wave to the north.” Whereas China might exploit the understanding it has built with Pakistan, suggests Mr Bellodi, to penetrate Afghanistan and reach the country’s immense lithium reserves, other than extending its geopolitical clout.

As for the sanctions-threatening West, the Taliban, who are not scared of international isolation, are out of range. “Whether we like it or not, the only influence that Europe and the US may exert is in the hands of these countries with which we have to deal, perhaps through the mediation of Qatar,” concludes Mr Bellodi, who suggests that Italy’s international credibility can be used to “dialogue with the countries that can make a difference in Afghanistan.”

Draghi details Italy’s approach to Afghanistan
Glance to France: the (electoral) perils of courting the anti-vaxxers