Home » Religious freedom: why the US State Dept report matters

The US State Department’s International Report on Religious Freedom will be presented online on Thursday, September 2nd, during an event promoted by the Amerigo Association. The President of the Islamic Religious Community of Italy, Imam Yahya Pallavicini (who is among the guests), anticipates its contents

The International Report on Religious Freedom of the US State Department will be presented online, via the Amerigo Association’s Facebook page, on Thursday, September 2nd, at 3 PM (Central European Standard Time).

Dan Nadel, Senior Official of the US Office of International Religious Freedom, will participate. International commentary will be provided by the Director of the American Jewish Committee, Rabbi David Rosen from Jerusalem, as well as the American jurist Professor Cole Durham, President of the G20 Interfaith Forum, and Yahya Cholil Staquf, Indonesia’s Secretary General of Nahdatul Ulama, the Islamic organization with the largest number of Muslim associates in the world.

This institutional analysis evaluates the status of religious freedom among citizens around the world. The latter is an important indicator of the quality of a country’s democratic process, carefully evaluated by the US State Department in its policies on international relations. This report is also a useful point of observation, as it reveals where in the world the fundamental right of freedom of worship is still subject to discriminations or persecutions that harm the dignity of believers and the development of society.

The increase in antisemitic episodes, persecution of Christians and hate discrimination against Muslims is accompanied by the apologetic exploitation of a religious identity by populist movements and totalitarian nationalisms. Secular and anti-religious extremisms seem to impose upon communities the withdrawal of any testimony of spiritual value, while some confessional States reject the notion of equal dignity and free organization of worship with regards to religious pluralism.

The results of this annual work by the US State Department’s Office of International Religious Freedom thus provides updates on the relationship between the secularity of the State and the full citizenship of believers, including Europe and Italy. The work favours the search for clarity and solutions that can connect – without conflating – the policies on international security, from immigration to development cooperation.

Professors David Meghnagi and Alberto Melloni will join the panel from Italy. The Amerigo Association deserves credit for promoting an event that further enriches Transatlantic relations on a topic of particular relevance for the present and future of humanity. The discussion will be moderated by journalist Daniele Capezzone. 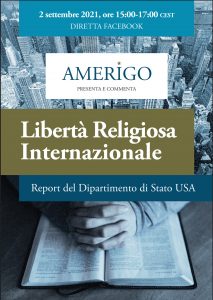 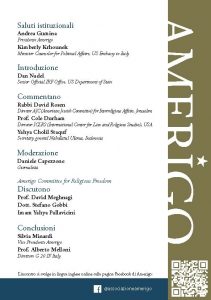 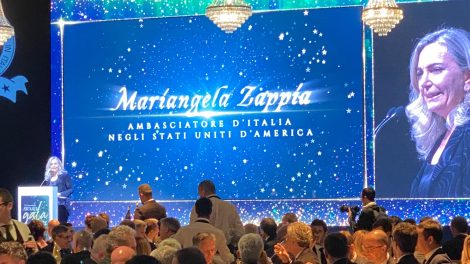