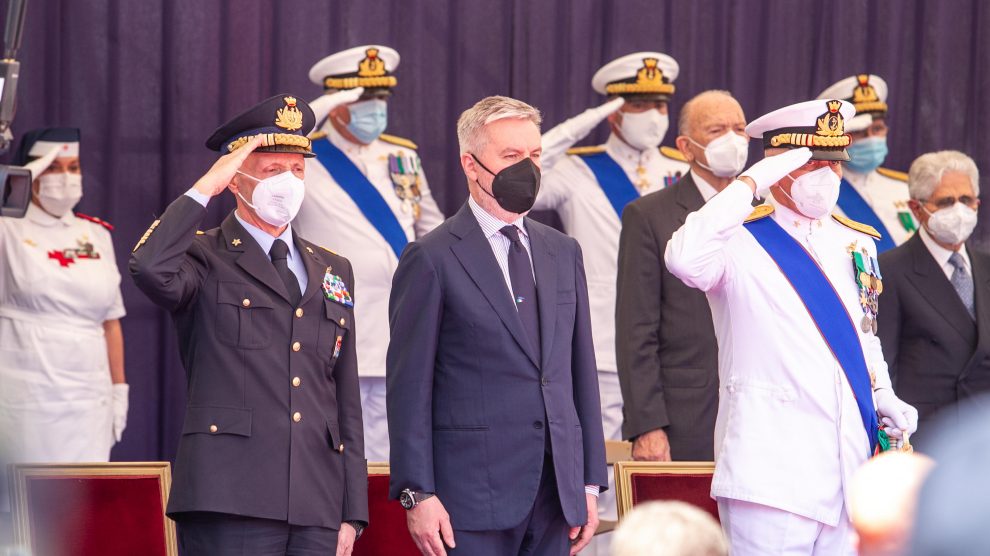 Navy Admiral Giuseppe Cavo Dragone will succeed Air Force General Enzo Vecciarelli as the new Chief of the Defence Staff. The nomination was officially approved on Tuesday by the government of Prime Minister Mario Draghi, following the proposal of Defence Minister Lorenzo Guerini.

Admiral Cavo Dragone has been Chief of the Navy Staff since 2019. Before that – and since 2016 – he served as Commander of the Italian Joint Operations Headquarters (COI), the first who did not come from the Army and the last before the unifying restructuring of the chain of command that recently turned COI into the all-including COVI.

The admiral boasts a remarkable operational profile. From 2014 to 2016 he was Commander of the Italian Special Forces Operations Joint Command (COFS). Previously he led Itay’s Naval Academy and the Divers and Raiders Group (COMSUBIN), the Italian Navy’s special operations unit.

He was a fighter pilot, and during his career he led the Carrier Air Group stationed on board of the “Garibaldi” Aircraft Carrier. As Captain (NATO OF-5) he was CO of the “Garibaldi” between 2002 and 2004, after which he steered the Navy Aviation, which is the entire naval-air department of the Italian Navy.

Now Mr Cavo Dragone will hold the delicate position of Chief of Defence Staff, who is “responsible for the planning, preparation and deployment of the Armed Forces as a whole,” including financial planning and technical programming. Meanwhile, the world is changing rapidly.

In November 2020 general Vecciarelli (who completed his three-year non-renewable term) released the Strategic Concept of the Chief of the Defence Staff. The plan aims to make the Defence’s organisational architecture fir for the new global challenges, superseding the inter-agency approach to embrace the multi-domain concept.

Admiral Enrico Credendino will replace Mr Cavo Dragone at the head of the Navy. Since July he has been in command of the Naval Squadron (CICNAV), the Navy’s top operational organisation with 18,000 military personnel, 91 ships, 6 submarines, 75 aircraft and helicopters and several important oversights, including the San Marco Brigade (Marines).

Prior to arriving at CICNAV he was Commander of the Naval Schools and, previously, Commander of Operation EuNavForMed-Sophia from 2015 to 2020. During his career he commanded the Mistral frigate, the First Patrol Squadron and the Mimbelli destroyer.

General Goretti will reach the top of the Armed Forces at a peculiar time, caught between the modernisation of the Air Force and the expansion of the Defence’s functions to new operational domains, primarily space, all in an increasingly volatile and uncertain international context.

A military fighter pilot (on Tornado jets), General Goretti has been Defence Cooperation Attaché at the Italian Embassy in Washington from 2015 to 2019. He also served as Chief of Air Movement in the NATO KFOR mission in 2000, and then Commander of the 32nd Wing.

In 2005 he became Director of the “Transformation and General Planning Office” of the Air Force Staff, and starting in 2008 he was deputy head of the “General Planning, Programming and Budget Office” of the Defence Staff. In 2010 he reached the position of Deputy Chief of Staff of the Minister of Defence.

Other – and incoming – appointments

With the promotions of Mr Cavo Dragone, Mr Credendino and Mr Goretti, the “waltz” of changes at the top of the Armed Forces continues. At the end of September, the Council of Ministers chose Army General Luciano Portolano to succeed Niccolò Falsaperna as Secretary-General of Defence.

This freed up another slot, where the government’s choices are still pending: the leadership of the Joint Operations Headquarters (COVI), which are temporarily led by Air Force General Silvano Frigerio, General Portolano’s deputy. Appointments are made by the Council of Ministers on the proposal of the Minister of Defence, with suitable timeframes to guarantee the handover before the end of the respective mandates.

The now-former Air Force Chief of Staff, General Rosso, recently detailed the state of the department and the challenges on the horizon. 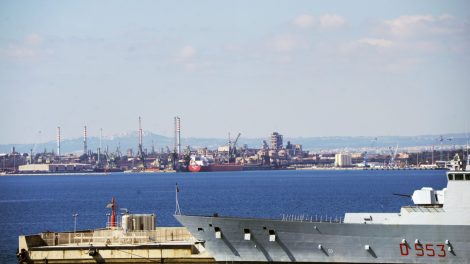