Home » Concerned with China and (mostly) shifting West. A cross-section of Draghi’s Italy 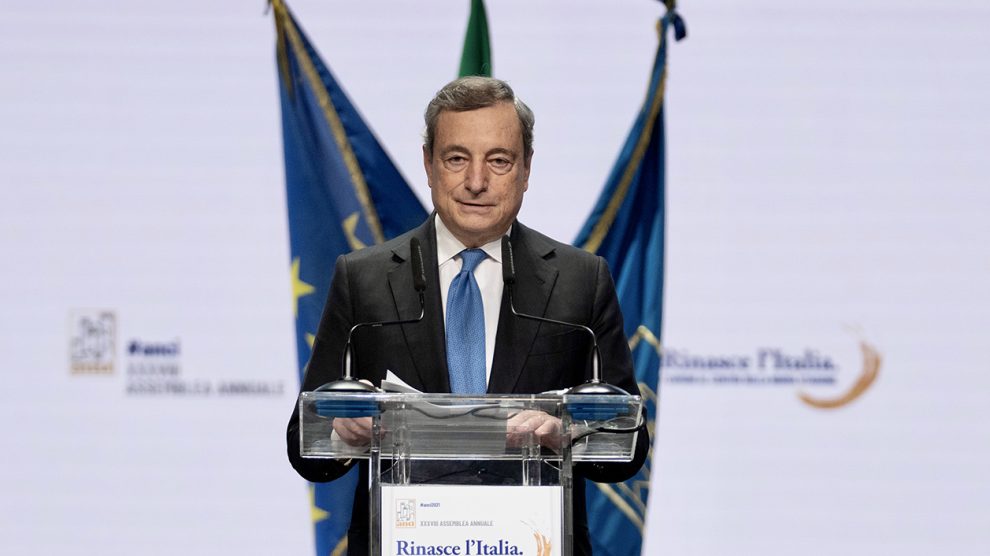 An all-embracing survey charts the Italians’ opinions on foreign affairs, ranging from key security-related issues to their stance on their own government, its handling of foreign relations, world leaders and foreign countries

More Atlanticist and pro-EU, ever more critical of China. This is the picture of 2021 Italy as it emerges from a survey conducted by the Institute for International Affairs (IAI) together with the Political and Social Analysis Laboratory of the University of Siena (LAPS) and the Compagnia San Paolo Foundation.

The Italians’ foreign policy priorities have shifted. First comes the climate emergency: 89% of respondents deem it the first threat to address, a matter even more urgent than the pandemic (85%). Cyberattacks have climbed to the first position with regards to security threats (70%), followed by illegal immigration (60%), growing tensions with China and its “rise as a global power” (59%).

On the Chinese front, there are significant changes compared to 2020. Italians remain on average dissatisfied with how the government deals with Beijing (Mr Draghi is slightly below Mr Conte, 5.2 compared to 5.4). And after a year and a half of Covid, they have a more negative impression of China. The leap is remarkable: today as many as two thirds of Italians consider Chinese influence in the country to be dangerous, both politically (64%) and economically (67%). In 2020, only half expressed concern.

The proposals for responding to the threat are more divided. Pro-Chinese and anti-American sentiment has declined (from 14% to 9%), and a growing proportion of Italians are calling for a focus on ties with the US to corner China (from 12% to 19%). A large relative majority (44%) believes instead that Italy should follow the EU, without taking part in the clash: the famous “strategic autonomy” stance being discussed in Brussels.

A U-turn from previous years emerges when it comes to the Libyan crisis. “For the first time in our series of surveys, the option of rescuing migrants at sea and welcoming them in our country garners a relative majority (40%) of preferences,” the researchers explain. “However, the percentages of those who would rather implement a decisive rejection policy (34%) or send the military to Libya (26%) remain significant.”

A passage of the study reveals the Italians’ likes and dislikes towards international leaders. Here, too, the ranking is not obvious. Two European women stand out: the outgoing German Chancellor Angela Merkel (5.3 out of 10) and the President of the EU Commission Ursula von der Leyen (5.3).

Two authoritarian leaders, Xi Jinping (3.8) and Recep Tayyip Erdoğan (3), are much less popular. In the middle sits an unexpected and unusual head-to-head: the American president Joe Biden leads his rival, Russian president Vladimir Putin, by a thin margin (4.7 and 4.6).

The survey spells bad news for the government led by Prime Minister Mario Draghi, because only its handling of relations with the United States and the European Union is rated as sufficient (6 and 6.3 out of 10, respectively). On other matters, its behaviour is – on average – deemed insufficient.

This is the case with immigration, where the government received its most resounding rejection: Luciana Lamorgese’s management of the Ministry of the Interior has an average score of 4.3. Ditto for relations with China and Russia (5.2 for both), with Mediterranean countries (5.8), with Turkey (4.8).

But politics is not made up of absolute numbers, nor does it exist in a vacuum. When compared with the previous government, which was led by Giuseppe Conte, team Draghi wins almost across the board, registering an increase in support on all matters, including immigration (from 3.7 to 4.3).

Overall, the arrival of the former European Central Bank governor at the helm of the country has heightened the number of those who expressed “confidence in the country’s international role:” 33% of respondents, compared to 24% a year ago.

Italians, the EU and the US

The “Draghi effect” also has an impact on the Italian perception of the EU. A referendum on “Italexit,” says the survey, would be rejected by 57% of Italians. A non-trivial fact, which should be read in reverse: four Italians out of ten want Italy to leave the EU.

Even those who cheer for European integration uphold red tapes. Such as austerity measures: a return to pre-pandemic rules on budget and deficit, says 57% of respondents, is unthinkable. Even at the cost of “a break with the European partners,” says 40%.

Obviously, the pro-European sentiment varies significantly according to the electorate. While left-leaning Democratic Party voters align themselves with the government on all fronts, the centre-right area is more critical of Brussels. Nearly 6 out of 10 (57%) of League voters want out of the EU, along with half the electorate of Brothers of Italy (FdI).

The same rift appears with regards to the relationship with Joe Biden’s United States: FdI voters, representing the only party at the opposition, rate Mr Draghi 6 out of 10, while League voters rate him at 5. In a nutshell: Giorgia Meloni’s party proves to be a little more pro-European and pro-US than Matteo Salvini’s one.

Regarding the ages-old relations of the Italian State with the Holy See, the latter’s recent stances on domestic political issues – such as the controversial gay rights bill known as Ddl Zan – have brought the theme of religious “interference” back to the centre of the debate.

The survey shows that the country tends to split into two sides. Just over half of Italians, 54%, are convinced that Pope Francis and the curia should not have a say in domestic politics. But a robust minority, 45%, believes instead that the government should “consider these interventions” and  “try to reach a compromise that still protects our national interest.”

Minister Cartabia travels to the US. Here’s why it matters
From Tripoli to Paris. The Italian approach to Libya