Home » Minister Cartabia travels to the US. Here’s why it matters 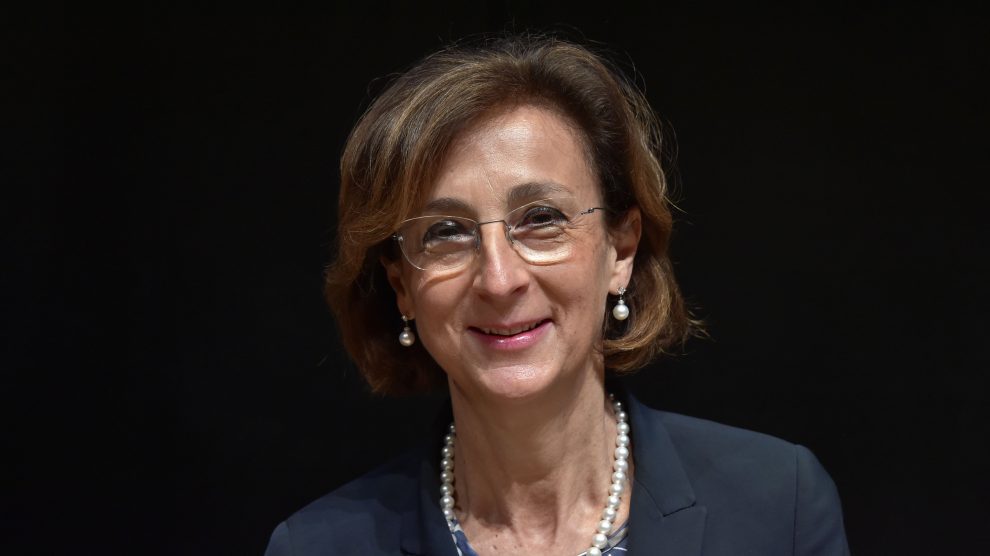 The Italian Justice Minister is visiting the US for a string of high-level meetings, as new details emerge around the Trump-era investigation into Italy’s role in the alleged conspiracy to overturn the 2020 election. Some view her as a good candidate for the upcoming presidential elections

Marta Cartabia landed in Washington on Sunday evening. The Italian Justice Minister, President emeritus of the Constitutional Court and former visiting professor in several countries including the United States, is carrying out a three-day trip across the pond.

Her institutional visit comes after US President Joe Biden’s trip to Rome for the G20 meeting and follows those of Giancarlo Giorgetti, Minister of Economic Development, and Roberto Fico, House Speaker. The intense diplomatic activity seems indicative of the entente between the US administration and the Italian government, led by Prime Minister Mario Draghi.

On Monday Minister Cartabia met with her counterpart, Attorney General Merrick Garland, to whom she sent a letter back in June concerning the case of Italian citizen Chico Forti, who in 2000 was sentenced to life imprisonment for murder and is currently imprisoned in Florida.

A year ago Foreign Minister Luigi Di Maio had announced, thanking the then US Secretary of State Mike Pompeo, Mr Forti’s return to Italy, where he would have served the rest of his sentence. Ms Cartabia renewed this plea.

Tuesday brings an opportunity for her to engage with American MPs, namely the Democrat Bill Pascrell and the Republican Mark Amodei, co-chairs of the bicameral and bipartisan Italian-American Congressional Delegation. In the afternoon Ms Cartabia is slated to meet with Chief Justice John Roberts, who has been leading the Supreme Court for 16 years under four different presidents.

On Wednesday Ms Cartabia will be in New York, where she’ll be visiting a bilingual school in Manhattan and attending another event to illustrate the judicial reform she passed through Parliament. The latter is geared towards reducing the duration of civil and criminal cases (a longstanding issue that the American ambassadors in Italy have been raising for decades) by 40% and 25% respectively.

Then she’ll go – or rather, return – to the New York University for a “Fireside Chat” event. This is not the first time; for instance, she was there to talk about the European Union in 2018, when she was Vice President of the Italian Constitutional Court. This time around she will join Professors Joseph Halevi Weiler and Grainne de Burca for an event titled “From Constitutional Law Adjudication to Constitutional Law Administration.”

As Minister Cartabia was landing in New York, the Italian daily La Repubblica anticipated some details from Betrayal, a new book by ABC News‘s Jonathan Karl. The journalist revealed that the Pentagon, by direct order of Donald Trump’s White House, had investigated Italy because of suspects concerning its role in the alleged rigging of last year’s presidential election in favour of Mr Biden.

“It’s still unclear how deep the investigation went and how much the government in Rome, then led by Giuseppe Conte, knew about it. [the latter] had previously given [former] Secretary of Justice [William] Barr unusual access to the top of our intelligence services, to investigate the origins of Russiagate,” reads the article.

The reference is to the so-called ItalyGate, a conspiracy theory fueled by social media circles linked to QAnon that would lead to the Italian defence titan Leonardo, whose satellites would have been used to alter the voting results as the ballots were being counted.

According to one of Mr Karl’s sources, the military attaché of the US Embassy in Rome allegedly questioned Arturo D’Elia and Antonio Rossi, two IT workers who were arrested by prosecutors in Naples over charges of having stolen 10 gigabytes of data and information from the Leonardo group.

“I haven’t found a second confirmation so I can’s be sure about it,” said the American journalist to Repubblica. The next day the Italian daily corroborated this story through a source of its own, namely Mr D’Elia’s attorney, Nicola Naponiello, according to whom the Italian MP Sara Cunial – who is famed for supporting conspiratorial and anti-scientific thesis – rocked up to the prison in Salerno where the two were held along with a lawyer and “two presumably American citizens”.

“This matter remained confidential, but I reported it to the judiciary at the time,” said Mr Naponiello to Repubblica. “My client was very struck by the circumstances of that day in January, during the visit of MP Cunial in prison, [when] two foreigners – who were in the group and he perceived as being Americans – approached him and asked him peculiar questions.”

The daily also recalled the placard stating that “Italy Did It” that appeared among the pro-Trump crowd in Capitol Hill square on January 6, along with the concern that gripped the Italian embassy in Washington (which had to bolster its security measures) and the plans for the possible recall of Ambassador Lewis Einseberg due to “a problem of personal protection related to this affair.”

On the presidential road

Italy is currently rife with swirling speculations about the first female President of the Republic replacing Sergio Mattarella, set to leave the post in early 2022 (and seemingly unwilling to go for an encore), who holds Ms Cartabia in high esteem.

Among her likely supporters is former PM Giuliano Amato, honorary President of the Aspen Institute in Italy and helmed the Center for American Studies. According to the Italian daily Corriere della Sera, Mr Amato “already has a preference – and it’s a woman” reports the newspaper. And all the clues seem to lead to minister Cartabia, who was with him at the Constitutional Court.

In his long academic career, Mr Amato also held seminars at the New York University and is Professor Emeritus at the European University Institute in Fiesole (where Ms Cartabia obtained her PhD in law under the supervision of Bruno de Witte, who co-authored some of Mr Amato’s papers). Who knows if the presidential matter might come up in the minister’s talks across the pond, given the interests on both sides of the table…

The Quirinal Treaty: how Italy and France are working towards the post-Merkel era
Concerned with China and (mostly) shifting West. A cross-section of Draghi’s Italy