Home » Exploring Draghi’s Italy and its relation with India

Italy has changed under Mario Draghi, and so did its connection with India. Vas Shenoy, a researcher on relations between Italy and India, delves into Rome's new weight on the global geopolitical chessboard and the new avenues opening up towards New Delhi

The Draghi Doctrine: A seed for a new, expanded Indo-Mediterranean

It is now official, even the Economist, which has been often very critical of Italian choices of their Prime Ministers, has declared Italy the country of the year. There is little not to adore about Italy’s Prime Minister and savior Mario Draghi. An educated, urbane economic genius, Mr Draghi has succeeded in reversing Italy’s disastrous handling of the pandemic to make it one of the most vaccinated countries in Europe. He has broad based public support and respect, in a country where “technical” Prime Ministers imposed by the President have been common and are often held with huge skepticism. He has the support of the Parliament, managing to unite the far right flamboyant Matteo Salvini of the Lega, the maverick Matteo Renzi – “the scrapper” who perpetuated the parliamentary crisis to get Giuseppe Conte out of office – and the more academic and reserved Enrico Letta, who heads the center left party, the Partito Democratico. With such broad support, Mario Draghi has reversed the course of the pandemic in Italy, prepared the country to receive EU funds and pushed through reform that would have been otherwise impossible to execute. Under his leadership Italy has started winning, from Eurovision to Europe’s big football trophy and Italian economy is forecasted to recover faster than the French or German one.

Despite all these internal achievements, Mario Draghi has, in his quiet somber style, also started changing Italy’s strategic approach to international relations, which has been largely absent in the past decade. With regular change in governments, and a political class out of touch with the new world order and fluid geopolitics, Italy has lacked a vision and strategy in its foreign affairs. This has ended up in rather contradictory and at times, embarrassing policy decisions. One such was when Italy became the first G7 country to sign the memorandum of understanding for the Chinese Belt and Road Initiative. Other embarrassments include a huge reliance on Turkish intelligence to protect Italian assets in Libya and the role of Turkey in liberating an Italian aid worker held captive in Somalia, both former Italian colonies.

Italy has spent large part of the last decade cozying up to China, oblivious of the disastrous effects cheap Chinese production has had to Italian economy which is based on small and medium enterprises. China has marketed itself as a huge market for Italian goods, while using the same channels to increase its investments in strategic segments in Italy. A recent article by Decode39, underlining reports by Datenna, chart the lopsided Chinese investments in Italy and the EU and the European ones in China, highlighting the lack of reciprocity and Beijing’s strong (and unrequited) focus on strategic sectors in Europe.

Given its NATO relationships, Italy has traditionally had very strong relationships with Pakistan and Turkey-now Chinese allies. Until Mr Draghi’s appointment as Prime Minister, the Italian political class has been unable to pivot out of these relationships. Turkey and Pakistan have often acted against Italian and EU interests in Afghanistan and Africa. It hasn’t helped that the case of the Italian marines kept Italy’s relationship with India frosty at best for eight years.

Even now, many Italian analysts and decision makes tend to look at the Mediterranean as their backyard which gives Italy its strategic depth. They do see the need to look at the enlarged Indo-Mediterranean and the importance of the Indian ocean and Indo-Pacific as matter of key strategic importance for Italy. Strategically South Asia, China and India remain far and rather irrelevant for them and they tend to classify one third of the global population as “Chindia” despite both China and India having overtaken Italy in economic and military size and capacity.

Mr Draghi’s arrival has changed a lot in Italy’s perspective. While he still has the shackles of the pro-China Five Star movement (M5S), the Italian Parliament has woken up to the challenges of China’s economic and military aggression, human rights abuses in Xinjiang, Hong Kong and otherwise, the use of the Confucius institutes in Italian universities to curry favor with the academia among others. Draghi himself has used the golden veto more than once, to block the sale of sensitive technology companies from Chinese control.

More importantly, Mr Draghi has cleverly used the G20 as a platform to centralize Italy’s role in global affairs, underlining its position as a cultural superpower. Taking full advantage of the Italian G20 Presidency, he has inserted Italy quietly into a leadership role into the fight against Covid, Afghanistan, sustainable agriculture and climate. He has done so even when he has not had the support of the great powers such as the US, Russia and China on Afghanistan, by making common cause with India’s Prime Minister Narendra Modi.

The Modi-Draghi partnership has bloomed silently since Mr Draghi took the reigns in Italy. Mr Modi was one of the four leaders that Mr Draghi had bilateral meetings with during the heads of state G20 meeting in Rome in October and who fully supported the Italian led G20 meeting on Afghanistan. Sources referred to the fact that not only did the biltaral meeting over-run its estimated time slot, but it was very direct and congenial. The importance Mr Modi gave to his visit to Italy, the first by an Indian Prime Minister in 12 years, was obvious from the team that travelled with him. Senior cabinet members who accompanied him included the Foreign Minister S. Jaishakar, National Security Advisor Ajit Doval, Finance Minister Nirmala Seetharaman and the Minister of Commerce and Industry, Textiles and the Indian Sherpa for G20 Piyush Goyal, apart from senior diplomats.

One of the first results of the Draghi-Modi meeting was the announcement that Leonardo SpA, Italy’s defense company, was taken off the blacklist by the Indian Ministry of Defense after almost a decade. While this will mean India can access Leonardo’s technology, it also creates a huge impetus and business for Leonardo in India.

A lot of the newfound bonhomie and Italy’s slow pivot towards India is common sense. Both are democracies with historic links and strong ties in the past. More importantly Narendra Modi’s “Make in India”, is a boon for Italian companies who are at the brink of economic disaster with cheap “Made in China” competition. India provides a fertile young customer base for Italian technology and products while not encouraging export oriented cheap manufacturing. Over 60% of India’s economy is for internal consumption, so any manufacturing in India will only boost the Italian manufacturing of products and help Italian companies thrive in Italy as well.

India is giving a $10 billion boost to semiconductor companies who will set up manufacturing in India so that it is not dependent on China. It is also a technology warhorse with proven tech capacities and produces over a million engineers every year. In Mr Draghi’s vision India could probably supplement his own efforts at chip manufacturing in Italy and India could be a strategic partner in creating supply chain resilience in the consumer electronics and automobiles markets, where India provides that critical mass for dropping the unit cost of semiconductors.

Italy today faces an inordinate flow of migrants from across the Mediterranean. While so far it has been safe from terrorist attacks, there is a large community of Bangladeshi, Pakistani and Khalistani groups which is growing. Italy’s partnership in intelligence sharing with Israel has always been strong, protecting it often from radicalized elements from north Africa and the Mediterranean, the Indian partnership could very well be key in protecting Italy from internal threats which come from first or second generation south Asian migrants, given India’s vast experience in dealing with radicalized elements from its neighbors as well as with internal radicalization.

Finally, with the arrival of EU funds from the National Recovery and Resilience Plan – while there is a huge risk that Chinese companies will try and use such funds to develop and own Italian infrastructure – India offers a new base of companies who are looking at global expansion without any role of the Indian state.

The “Draghi doctrine” has a long way to go, however Mario Draghi has sown the seeds for Italian and EU engagement in the creation and development of a new, expanded Indo-Mediterranean. He has managed, in a short time to bridge a chasm with India that took over a decade to create while starting to limit Italy’s engagement with China and Turkey. His influence in Europe and the change of guard in Germany creates a possibility that Europe, unitedly, will do “whatever it takes” to defend Europe and the global democratic order against Chinese aggression. 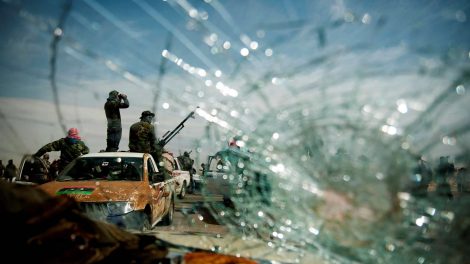 Russia is behind Libyan elections delay, says US

Washington insiders point the finger at Moscow over the North African country’s postponed elections, believing it’s a strategy to destabilise the... 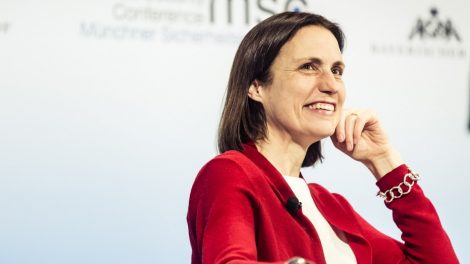 Italy should stand up for Ukraine, says Fiona Hill

The Russia expert and former White House adviser believes a tougher stance against the Russian threat in Ukraine would make a difference. Despite the...

Quirinal manual: how the election of the next Italian president will play out
Di Maio’s visit to Tunisia and Italy’s role to play