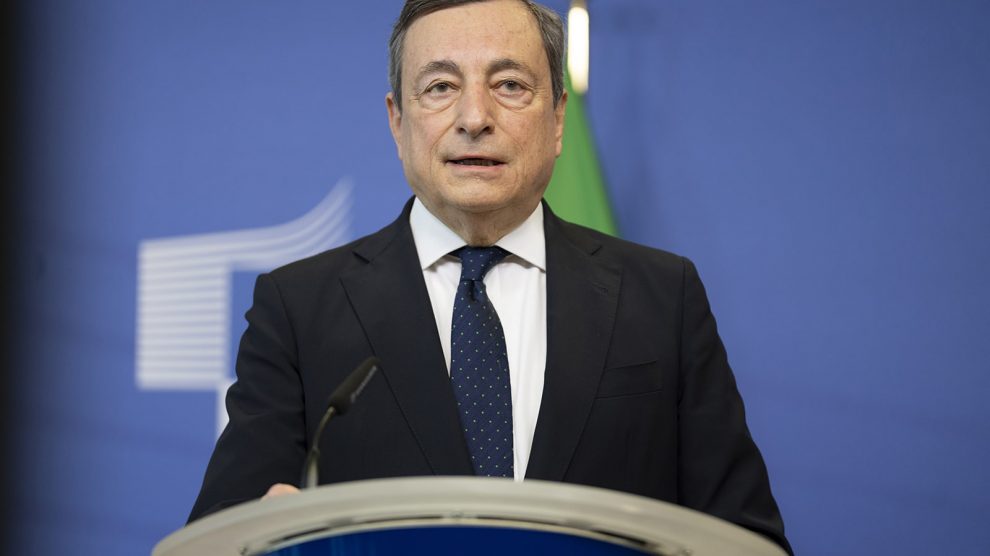 First, a Navy officer was arrested while passing secrets to the Russians. Then, Rome voided the sale of Alpi Aviation to two Chinese State-owned companies. After some pro-Russian lurching and only three years after signing the Silk Road MoU, Italy is entirely back on track. But the documents and technologies are gone: now on to prevention

There is a common thread linking the case of Walter Biot and that of Alpi Aviation: Italy’s return to the Euro-Atlantic framework with Mario Draghi as Prime Minister.

The first case concerned an Italian Navy officer on trial for trying to sell confidential defence documents to Russian intelligence officers, including papers on the situation in Ukraine. He was handcuffed in a car park on the outskirts of Rome in March 2021, i.e. when Moscow started moving thousands of soldiers to invade Ukraine on February 24, 2022.

Italy promptly sided with Kyiv and the West, partly thanks to Foreign and Defence Ministers Luigi Di Maio and Lorenzo Guerini, who were involved in diplomatic talks and the provision of military aid.

The second case involved the government’s decision to void the 2018 sale of 75% of the shares of Alpi Aviation, an Italy-based drone manufacturer, to a Hong Kong company traceable to two major Chinese state companies.

After a year of investigations, Italy’s financial corps concluded that the takeover had been “finalised in an opaque manner, so as not to reveal the traceability of the new foreign partner.” Beijing wanted to acquire the technological and military know-how, they explained. The company had already caught their attention in March 2021 for allegedly violating the embargo on Iran.

Call it a pivot

By nullifying the sale of Alpi Aviation, Rome has chosen the harshest possible measure among those available for violating the golden power – that is, the government’s final say-so on matters of strategic importance, such as military export. And it was a historic first, too.

The technology transfer is irreversible, but the government’s decision is charged with political significance. Italy and China’s relationship is very different from three years ago, when President Xi Jinping flew to Rome to sign a Memorandum of Understanding about Italy’s adherence to the Belt and Road Initiative with then-PM Giuseppe Conte.

Arguably, the Biot and Alpi Aviation cases – both of which came to light in March 2021, just a few weeks after the Draghi government took office – are an unmistakable signal to Russia and China about Italy’s renewed attention to their attempts at penetration and influence.

They are also a message to the allies, especially the United States, which had frowned in the face of some Italian blunders. The list includes the signing of the BRI MoU, as well as Russiagate and the “Chinese” 5G. Not to mention the case of Alexander Korshunov, who was accused of industrial espionage against Avio Aero, arrested on a US warrant and returned to Russia in August 2020 by Alfonso Bonafede, who was the Conte government’s justice minister.

This message could – and should – be followed by other prevention-focused steps, especially when it comes to economic security, which is increasingly intertwined with national security. A good start would be strengthening the golden power regulation.

The Alpi Aviation case, wrote the secret service watchdog (COPASIR) in its annual report, called to evaluate the strengthening of such special powers, particularly with regard to the monitoring phase. Modelling the golden power team after the United States’ Committee on Foreign Investments.

Kaspersky out. Italy and Germany ally against the Russian firm
Countering the cyber threat. The Italian and European approaches