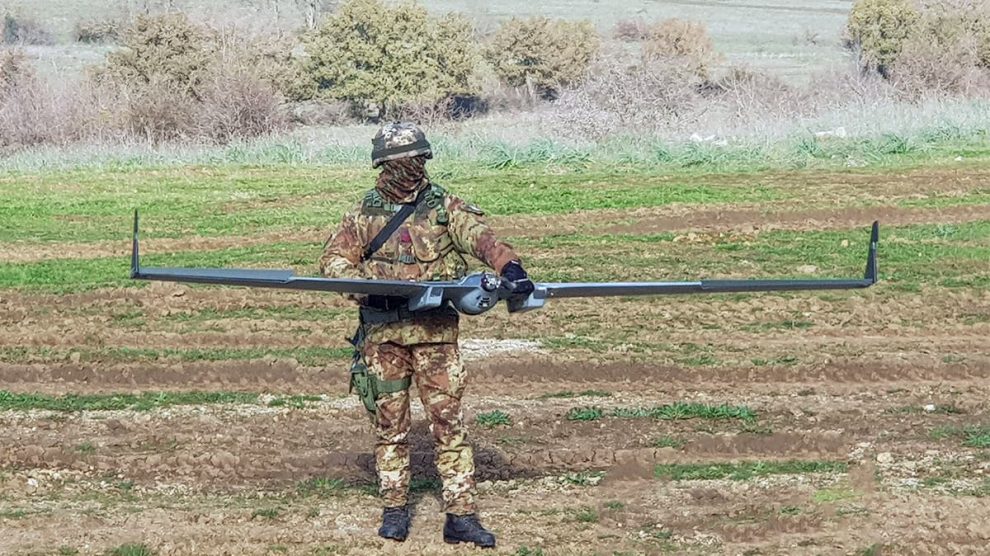 Italy’s financial crime corps charged six managers (three of which are Chinese nationals) from Alpi Aviation for violating the law on military exports and “golden power” legislation. In 2018 the Italian company opaquely ended in the hands of two Chinese state-owned companies without disclosing it. Here are the details of the investigation

Violation of the law 185/1990, which governs the export of arms, and possible violations of the so-called “golden power” legislation, which protects strategic Italian companies. These are the accusations levelled by the Guardia di Finanza (GdF, Italy’s financial crime corps), specifically the division in the North-Eastern city of Pordenone, against Alpi Aviation.

The latter is an Italian company, a national leader in the production of military drones, aircrafts and spacecrafts. It’s among the suppliers of the Ministry of Defence and Leonardo Spa, a leading Italian aerospace company partly owned by the Ministry of Economy. Also, it was recently acquired through an offshore company by two major Chinese state-owned companies.

The GdF filed charges against six managers, three of whom are Italians and three Chinese. These are the final results of a years-long investigation, detailed in the force’s latest report. Here’s how (and why) it all played out.

As Formiche.net reported in March, the company had already been investigated by the GdF for alleged violation of the international embargo on Iran through the sales of military drones to the Islamic Republic.

According to the same outlet, a US diplomatic cable in 2009 warned Italy of possible contacts between Iran and Alpi Aviation. Back then the US State Department invited the US embassy in Rome to ask the Italian Customs to verify an intelligence report from Japan.

The Italian authorities monitored the company for three months, finding no evidence of illegal trafficking. Then they responded to the US’ calls to continue surveillance by pointing at the need for a formal request.

The GdF operation was originally an investigation on an airfield within an area belonging to the military, where – thanks to the absence of formal authorizations – two private entities operated.

The first was a private aeroclub (ostensibly a non-profit organisation operating in non-existent Civil Protection companies) and the second was an industrial company, specialised manufacturing aircrafts and spacecrafts, as well as designing and producing military-grade UAV (unmanned aerial vehicle) systems, certified for military use in compliance with NATO’s “stanag” standards.

This area, dubbed “La Comina”, is very close to the USAF base in Aviano. The latter, in turn, was available for use by the industrial company, thanks to the “shielding” provided by the aforementioned non-profit organisation.

Following investigations ascertained that 75% of the company was purchased in 2018 by a foreign company in Hong Kong, named Mars Information Technology Co. The latter was set up ad hoc right before the purchase and could not count on independent financial resources.

That share of Alpi Aviation was valued significantly higher than its nominal value. 90 times higher, to be exact, resulting in €3,995,000 instead of €45,000. The operation was orchestrated by Denton, one of the most important law firms worldwide.

The consultancy for the acquisition of Alpi Aviation is prominently displayed in the CV belonging to Pei Qiu, Denton’s senior partner, as “the first transaction of its kind, in which a Chinese holding company acquired a company in the European high-tech aviation sector.”

According to investigators, the purchaser, through complex corporate shareholdings, would be attributable to two major government companies in the People’s Republic of China, said the GdF. Those are CCCUI and CRRC.

However, the takeover would have been perfected so as not to reveal the new shareholder through delays in administrative communications. Also, Alpi Aviation failed to notify in advance the Presidency of the Council of Ministers of the purchase of a majority stake, violating the state’s so-called “golden power”, which grants special powers to the Italian authorities over the corporate structures of strategic companies in several sectors.

The GdF explained that the takeover was “perfected with opaque methods aimed at preventing the traceability of the new foreign shareholder.” Indeed, Alpi Aviation communicated the change in its corporate structure to the Ministry of Defense two years after the purchase, and only at the request of ministerial officials. Not to mention the company’s failure to comply with golden power regulatory directives.

The purchase, according to the investigators, would not have had investment purposes. Rather, the objective was the acquisition of technological and military know-how.

This explains the plans to transfer the production facility from Italy to the technological district of Wuxi, an industrial city of 7 million inhabitants in the Jiangsu province, less than 150 kilometers from Shanghai. The centre is considered to be the laboratory of Chinese artificial intelligence.

These operations were never formalized as company deeds, according to the GdF, and the necessary authorisations had not been requested in advance from the competent Italian ministries.

“Per se, investments by foreign parties in the country have positive impacts on the national economic system, as long as they are attributable to real investment operations, be them of a financial nature or development of business programs,” said Coronel Stefano Commentucci, Commander of the GdF division in Pordenone.

“In this case, [however], the purchase of [Alpi Aviation] had different purposes: it concerned the acquisition of its technology, including military technology, and its relocation abroad. These are behaviours for which many states, including Italy, have set limits that supersede the principles of competition and freedom of investment.”

THE BREACH ON THE SILK ROAD

The GdF has also ascertained the shipping of a UAV to China, where it remained for over a year. It was destined for the 2019 Shanghai International Import Fair. The military equipment had been falsely described to export customs offices as a “radio-controlled airplane model.”

It was November 2019, the year the Memorandum of Understanding on the Belt and Road Initiative was signed between Italy and China.

Traces of the entente can be found in an article, written by someone under the pseudonym of Mauro Romano and published on the classxhsilkroad.it platform, born from the partnership between the official Chinese news agency Xinhua and the Italian group ClassEditori.

What happens now? Since the takeover was not notified within the required timeframe, it’s no longer a matter of authorisation, but rather of sanctioning. The mechanism ranges from the suspension of voting rights to the invalidation of the deeds (including the sale of the company).

Moreover, an administrative sanction could amount up to double the value of the transaction, and in any case not less than 1% of the company’s turnover in the last financial year for which the financial statements were approved, as well as a series of ancillary measures (such as restoring the status quo ante).

This is an unprecedented situation. The decision will be up to the Presidency of the Council of Ministers, in the form of a provision that will eventually be upheld in court. Meanwhile, Alpi Aviation, which is also related to Italy’s Ministry of Defense, remains in the hands of the government of the People’s Republic of China, a country that does not fall within the framework of Italy’s alliances.

Alpi Aviation has issued a note in which “it firmly denies, within the society’s behaviour, any violations of the rules for the protection of golden power, as well as the legislation that regulates the transfer of strategic information or technology outside the national territory. [The company] reserves every right to act to protect its image.”

With regard to the sale of the shares of Alpi Aviation, “it took place in a transparent manner, with reference to the real value of the company and in compliance with tax legislation,” reads the note.

NATO, Italian Defence and the United States
Why Afghanistan was not a defeat