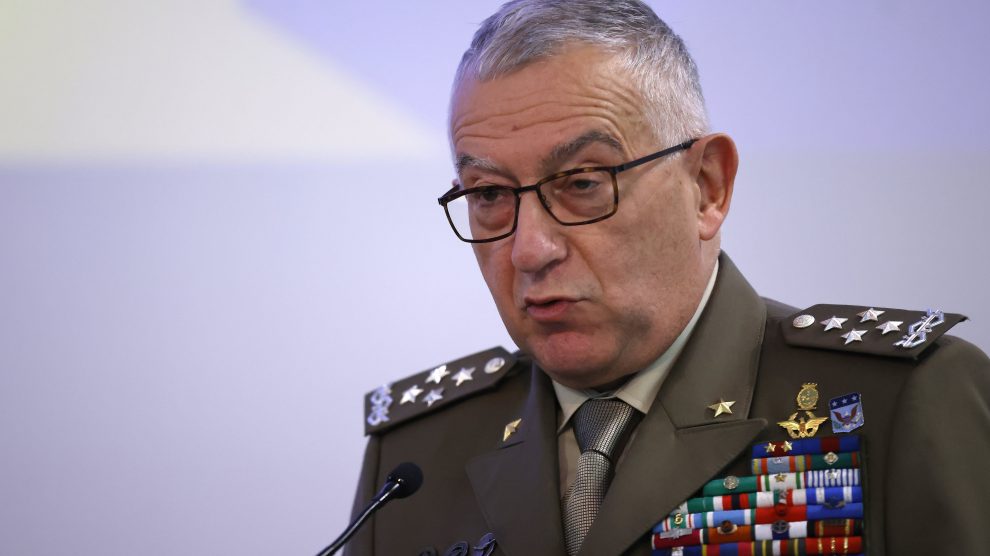 The president of the European Military Committee warns about losing touch with the southern front. Russian Wagner militia in the Sahelian area and jihadist terrorism could take advantage of the EU’s distraction. The solution, he says, is more and better investments

While the Russian war in Ukraine shakes Europe’s eastern front, focus has been turned away from the southern one. And the impact of the war – and the EU’s distraction – is already being felt in the wider Mediterranean region.

General Claudio Graziano, president of the European Military Committee, raised these concerns while speaking at the “Beyond the Mediterranean” panel organised by the Farefuturo Foundation, the Italian Atlantic Committee and the International Republican Institute (IRI).

“We are dealing with the most complex hybrid threat since the withdrawal from Afghanistan,” explained the general, who heads the EU’s top military body. The threat is hybrid, he says, meaning it’s not confined to a single domain – and Ukraine is just a tile in the mosaic of current military threats.

“Georgia in 2008, Crimea in 2014, Syria in 2015, then Libya, Mali, central Africa. Russian assertiveness is taking the form of a maneuver on multiple levels. In the East, it can affect other countries, such as Georgia or Moldova,” he said.

In Africa, the Kremlin’s hybrid strategy relies on armies and militias that are ostensibly unaffiliated with a particular country. These groups – which include Wagner Group, the army of mercenaries in the service of oligarch Evgenji Prighozin, who is also known as “Putin’s Chef” – operate with the more or less tacit consent of a handful of governments in central and northern Africa.

“In the Sahel, Mali and the Central African areas you have a worrying growth of the terrorist phenomenon, as well as the destabilising presence of Wagner, which operates with hybrid tactics – as already seen in Crimea,” said General Graziano.

The withdrawal of French troops from the region has also led to the proliferation of Russian guns and rubles in Mali. Additionally, the recent closure of French-led Operation Barkhane, which began in 2014 to create a security perimeter against jihadist terrorism, has curbed military presence in the Sahel.

Today, however, that perimeter is no longer enough. According to Mr Graziano, “the southern flank of Europe is moving ever further south, towards the Horn of Africa”.

Meanwhile, war in Ukraine is diverting Europe’s attention and forces, lowering tension and creating openings elsewhere. A missile fired from an Iranian base on Sunday night caught the American consulate in Erbil off guard, fortunately without casualties.

“War always triggers a domino effect of destabilisation,” said Mr Graziano, warning that foreign policy must not create vacuums for others to fill. Jihadist terrorists and the Russian and Chinese penetration in Africa could take advantage of the current reallocation of European resources to the East.

“We must learn from past mistakes; we have seen what happened in Libya with the advance of Turkey and Russia. Faced with the tragedy in Ukraine, Europe approved the allocation of €500 million for arms purchases and assistance to Kiev in a matter of hours. With the Versailles note, the Union became aware of its mission, that of creating an effective defence community that must operate all-round.”

Despite numerous potential threats, Europe has mobilised more than ever before in the face of the Russian war. In his remarks, Mr Graziano touched on this theme, highlighting increased military collaboration in particular.

“We have worked to have a 5,000-man defence force, capable of rapid deployment, able to operate in all domains […] now is the time to invest more in defence. Germany has promised to commit 2% of the national GDP, [Italy] must all increase its effort [and] rationalise it: spending more, but better, too. In the EU, we have 180 weapons systems compared to 30 American ones, it is a contradiction. What is good for NATO is also good for the EU.”

Kaspersky out. Italy and Germany ally against the Russian firm
Western unity begins in Rome. The Draghi-Sullivan meeting