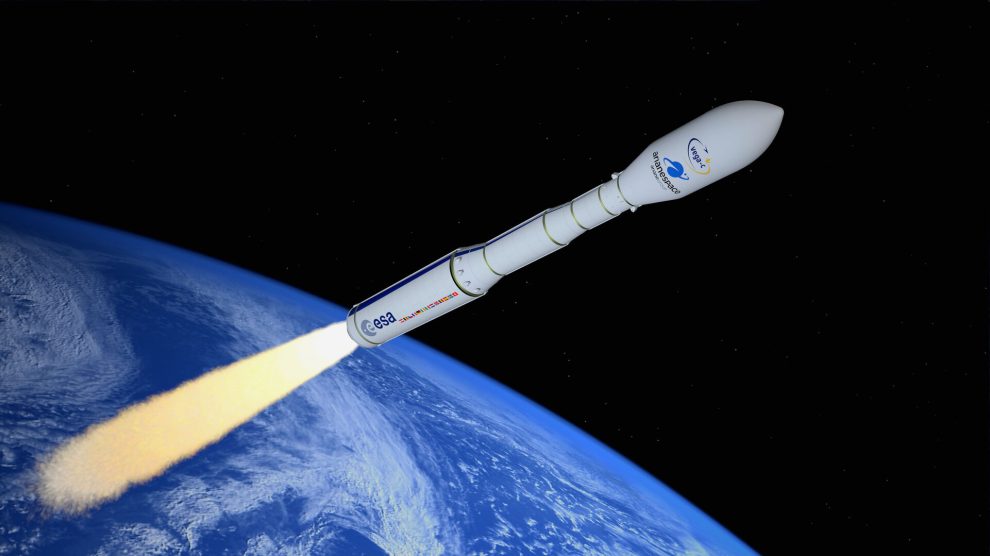 We’re nearing the maiden launch of the Vega C launcher. The new European single-body rocket is scheduled to take off from the European space base in Kourou, French Guiana, on July 7, according to the European Space Agency (ESA).

The new-generation launcher, measuring 35 metres in height and boasting a take-off mass of 210 tonnes, is designed to place over two thousand kilos of cargo into a polar reference orbit, 7,000 kilometres up.

Northrop Grumman Italia (NGI) will contribute to the Lares-2 adventure through the AstroBio-CubeSat (ABCS) mission, handpicked by ESA to partake in the first Vega C launch. Several entities in the Italian space industry, from companies and institutions to research and academia, collaborated on the project, which resulted in a miniaturised satellite measuring only 10 x 10 x 34 centimetres and weighing just 5,5 kilograms.

That satellite – named Cubesat 3U – was financed and coordinated by the Italian Space Agency along with the National Institute of Astrophysics (INAF) observatory in Arcetri. The School of Aerospace Engineering of La Sapienza University in Rome complemented it and was tasked with operating it from the ground station, receiving telemetry from the machine and managing in-flight operations.

The second payload is the result of a collaboration between La Sapienza’s School of Aerospace Engineering, Thales Alenia Space Italia and NGI. It aims to test several electronic components for terrestrial use in the unique space environment.

Chiefly, NGI will be testing the effects of radiation on its Enhanced Inertial Measurement Unit (eIMU) for inertial attitude measurements. The eIMU is equipped with several inertial sensors with MEMS technology, such as gyroscopes, accelerometers and inclinometers. The company initially developed it for a wide range of applications in the avionics, as well as terrestrial, fields. NGI’s eIMUs provide high performance despite their extremely reduced size and weight, making them especially exciting for missions and tech in small satellites, primarily CubeSats.

The orbital experiment that will take place in the AstroBio-CubeSat mission involves a pair of eIMUs. One is wrapped inside a protection shield – designed by Thales Alenia Space Italia for the programme – that will insulate it from radiation, while the other is carried without further protection inside the satellite. By monitoring data from the two inertial measurement units, it will be possible to gauge the ability of the two instruments to withstand the radiation from outer space and gather crucial information on the capacity and effectiveness of the protective shield.

Vega C will release the CubeSat into orbit at an altitude of just under 6,000 km, where it will mostly travel across the Van Allen belts, one of the most challenging extra-atmospheric regions. That’s the mission’s crucial feature. This zone lies within the Earth’s magnetosphere and traps particles carried over by the solar wind and retained by the Earth’s magnetic field. When these particles collide, they lose energy in the form of radiation, which can reach levels up to a thousand times higher than those expected in classical, small satellite missions in low Earth orbit.

The entire mission will allow us to test all these sensors in a highly critical environment and gather valuable information on using eIMUs in space and radiation protection technologies. The latters could prove very useful for satellite technology and for protecting instruments and astronauts in future long-term space missions, such as those planned for the Moon and Mars.