Home » Italy-UAE, how to mend the rift. Ambassador Sanguini’s take 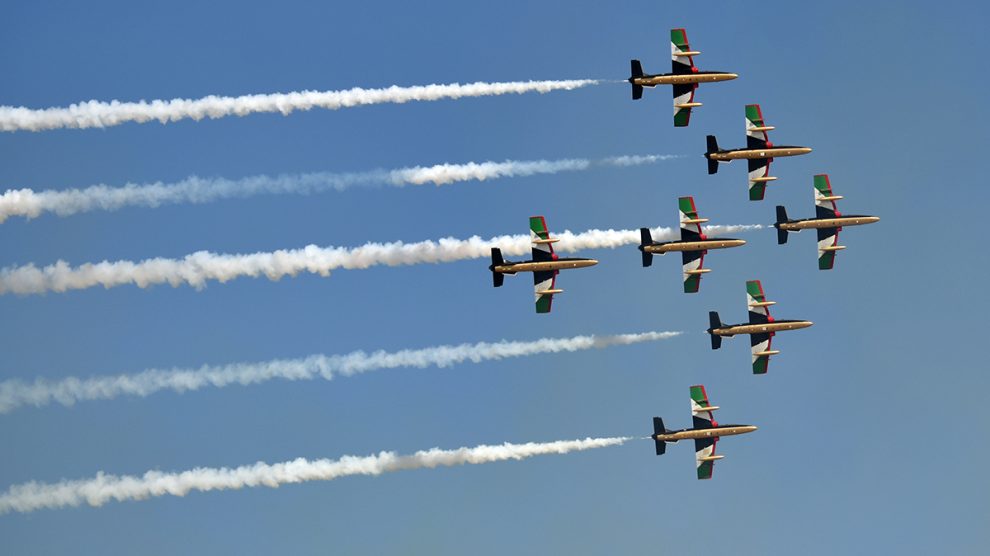 Carelessness, miscalculations, bad advice. There are many reasons behind the diplomatic crisis between Italy and the United Arab Emirates. There are many more to immediately mend the tear that risks inflicting serious damage to Italy’s national interest. A comment by Ambassador Armando Sanguini, Senior advisor at ISPI

Peace and war are two simple, clear terms that identify as many clearly opposed situations, such as black and white and vice versa. This is also the case in the experience of the history of peoples, but in the transition from one condition to another, a vast gray area stretches out where there is no war yet or peace has not yet been achieved.

That is an ambivalent area that must be managed with the utmost care, considering both ends and means, because both a horizon of peace and a conflictual precipice can result from its handling.

Well, in recent months Italy has managed to precipitate a situation of peace and collaboration into a drift of criticality which nobody really felt the need for. This happened because of the ends – that is, a good intention carried out rather carelessly – and the means – not having made proper use of a mechanism capable of weighing the pros and cons of the situation.

I’m referring specifically to the crisis with the United Arab Emirates – a small but geopolitically and economically strategic country – opened by Italy at the beginning of the year. This crisis was provoked by a decision with which, in the name of important but questionably invoked values, the operational commitments which Italy had undertaken were disavowed. Predictably, this reflected negatively on the image, credibility and reliability which our country vitally needs, as it lives off, and with, foreign countries.

In a nutshell and without poring over the details of this issue, it suffices to mention that last January Italy decided to revoke (through an act of the Ministry of Foreign Affairs) the authorizations it had already given at the time for the export of defense materials to Saudi Arabia and the United Arab Emirates. This was due to their participation in the Yemen war, with its toll of civilian deaths, among which were minors.

It is worth pointing out that the aforementioned authorizations were granted when the war in Yemen was already underway. That is a deplorable conflict in itself, due to its devastating human and material consequences. It was born at the hands of the Houthis with a bloody coup d’état, which is still ongoing, aimed at overthrowing a legitimately elected government. The latted has asked for military help from neighboring Saudi Arabia, which has put together a coalition of 8 friendly countries (including the UAE) with the blessing of the Arab League and the external support of the United States.

Let us also remember that this is a war from which the Emirates had in fact withdrawn well before Italy’s revocation, a decisive circumstance which had evidently escaped the Italian decision makers.

Perhaps another non-secondary fact escaped them, namely the Iranian military support to the Houthi rioters, which is also functional to Teheran’s opposition to the Saudis. The Houthis, let us remember, still control an important part of the country, and they have been everything but respectful towards the human rights of civilians, including minors, during this despicable war. This was denounced within the United Nations, too.

One wonders if the “inspirers” of the Italian choice to revoke active commitments could not have spent themselves more usefully in an effort aimed at convincing the Houthis to accept, and above all to respect, the repeated peace initiatives negotiated through the UN. And perhaps they could have weighted the cost-benefit ratio of a choice that awkwardly ended up hitting the export of spare parts of the Emirati acrobatic team, certainly not a war patrol which, among other things, was born and was growing within a collaboration with Italy that had started with the purchase of Italian-made aircrafts and was being fed with our technical collaboration.

One also wonders if these same inspirers and their foreign associates could not have constructively promoted an embargo, or in any case an initiative of the UN Security Council aimed at affirming the ban on defense materials that would also hit our exporting competitors. Paradoxically, because of this decision, we became their indirect promoters.

If we talk means, the government of the time (Conte II) could have proceeded with a broader and more articulate evaluation of the issue, and therefore of our interests at stake, perhaps through an inter-ministerial collaboration, such as the committee that was established – and abruptly dropped – under the law #185, precisely to allow informed decisions on the export of arms and the like.

We add to this the unfortunate Alitalia follow-up (where a criminal trial and a compensation request procedure has been opened against an Emirati investor, and among those investigated by the Italian judiciary is a member of Abu Dhabi’s royal family). And the Piaggio affair, where, according to [Foreign] Minister Di Maio himself, “our country invited a foreign investor but was then unable to guarantee what we had assured”. And the deployment of Italy alongside Erdogan‘s Turkey in Libya, against the Emirates, who are decidedly hostile to the Muslim Brotherhood of which Erdogan himself is the interpreter and champion, including in Libya.

In the face of all this, it’s hard to be surprised if the Emirate government acknowledges an inexplicable and unjustified hostility in Italy’s behavior. This was certainly not mitigated by the results of the mission that Minister Di Maio carried out in November 2020, exalted by Italy as a moment of definition of a “strategic dialogue” between the two countries. Much less during the mission, again by Mr Di Maio, on April 25, when the crisis had begun.

A few weeks later, between early June and early July, an unequivocal response arrived from Abu Dhabi. First, the prohibition to fly over its airspace directed to an Italian Air Force C130 headed to Herat, in Afghanistan, for the flag lowering ceremony at the Camp Arena base. Then, on July 2, the closure of the al Minhad base, where about a hundred Italian soldiers were stationed and which constituted an important logistical pillar for the support of our missions in Iraq, in the Horn of Africa and in Afghanistan (which ended).

Undoubtedly, from January onwards we have witnessed the transition from a situation of peace and collaboration to a risky drift towards crisis that the Gulf countries (and others, too) certainly read with bewilderment. This also holds true for Qatar and the wider regional context, as well as Turkey and Iran, which certainly are not two champions in the field of human rights and in the overall stability of the Middle East. Everyone doubts a government that casually puts its credibility and reliability on the line.

Meanwhile Mohammed Bin Zayed, the Emirati crown prince, has matured strong doubts with regard to Italy. It is fair to doubt whether Italy’s decision will completely amend that.

We need to rebuild entirely our cracked credibility and reliability with that Emirati government because it is an important partner, both geopolitically and economically. Not only because the far-from-insignificant issue of defense supplies is at stake, together with our political collaboration throughout the Middle East and beyond.

I would softly suggest a new, more personalized intervention by the Prime Minister and a careful reflection around the reasons why the proverbial saying that “the way to hell is paved with good intentions” has emerged.