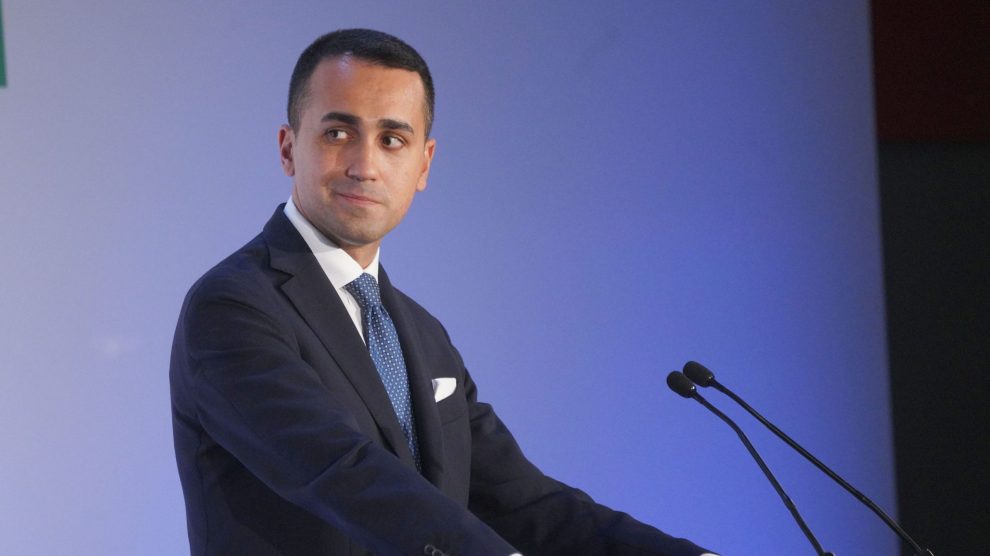 Italy has long been a mediating force in war-torn Libya. As Tripoli draws closer to the December elections, Rome maintains that the best way to foster stability is practical economic support. And as Foreign Minister Di Maio visits the country, the economic and political outreach go hand in hand

The country is toiling to emerge from the apolitical, economic and military crisis that has encroached it since 2014. Mr Dbeibah’s UN-backed Government of National Unity (GNU) is taking advantage of a months-long ceasefire to steer the ship towards fresh elections on December 24 and kickstart Libya’s democratic rebirth via a solid, validated and reform-prone government.

According to Daniele Ruvinetti, geopolitical analyst at Med-Or, these elections are the only way to validate a legitimate authority and hopefully sideline those who lay their own claim to Tripoli, together with the foreign forces that currently maintain a foothold in the embattled region (and profit from instability). Hence Mr Di Maio’s extensive tour through all the key power centres in Libya, including those in Cyrenaica, the region housing the forces employed by General Haftar in his siege to Tripoli.

However, as Dario Cristiani (Italian Institute for International Affairs/German Marshall Fund) noted, the risk that aggressive actors will not accept legitimate electoral results cannot fully be abated; “after all, unrecognised election results were precisely what primed the civil war in 2014.” General Haftar’s forces, the mafia-like local militias in Tripolitania and foreign actors such as Egypt, the UAE or Russia – these, argued the analyst, are all variables that could decide to oppose the electoral result.

This and other issues are within Rome’s sight. As his Ministry explained it, Mr Di Maio’s presence in Libya is intended to foster a “renewed commitment by all Libyan parties to promote concrete progress towards several key objectives, including the holding of the elections on December 24, the conservation of the ceasefire, the adoption of the unified budget and national reconciliation.” Which is why Lybian negotiators convened in Rome last week to pore over the roadmap to the December elections.

Even as the conflict entered its darkest hours, Rome acted as a mediating force. Italy’s assets are at the forefront of the Irini mission, a European naval effort to enforce the UN-backed arms embargo around the country. Ambassador Giuseppe Buccino kept the embassy in Tripoli open even as the city was under siege by General Haftar’s Cyrenaican forces, and yesterday the Italian consulate reopened in Benghazi, Cyrenaica’s main city, under Consul Carlo Batori.

Italy, like the US and the UN, believes that a lasting peace can only be achieved through economic stability. Just last week the UN’s Special Envoy for Libya Jan Kubiš stated that reunifying the Central Bank of Libya – which is currently split into the actual Tripoli division and an artificial version in Cyrenaica, where the alternative government resided – is not an official suggestion anymore, but rather a requirement.

Meanwhile, both Washington and Rome are facilitating contacts between national businesses to ensure they have a chance to participate in Libya’s reconstruction. Naturally, both powers have a stake in the process. For instance, the US wields its economic aids as a counterbalance to efforts by rival powers (such as China on the economic and Russia on the military front) to extend their influence over the wider Mediterranean area. Look no further than last week’s meeting between PM Dbeibah and the American ambassador Richard Norland alongside the American Chamber of Commerce (AmCham) apparatus.

And yet, as the Eagle itself is refocusing its international efforts in the Indo-Pacific area, it’s up to its allies to take greater initiative. Enter Italy, who not only proved itself a reliable mediating force in Libya, but it’s also among the countries that – because of geography – are most exposed to the knock-on effects caused by instabilities in the complex Mediterranean area, such as heightened risk of extremist activity in the Sahel alongside a spike in migrant influx.

Nonetheless, decades of cultural and economic ties bound Rome and Tripoli. Mr Cristiani maintained that “no country can boast the level of economic engagement that Italians have in Libya, both in terms of quantity and of quality.” This is why Rome, who had been more reticent than other allied countries to intervene militarily during the civil war, was instead able to assert its economic advantage as soon as the weapons were dropped, thanks to its “consolidated relationships, knowledge of the economic framework and familiarity with business practices.”

The economic outreach is ongoing, and it recently allowed Italy to celebrate the reopening of the Sirte-Misrata coastal highway it helped build. On July 31 Minister Di Maio hosted the Italian-Libyan Business Forum in Rome, to facilitate Italian businesses into their investments in Libyan infrastructures, transports and energy industries. And on Monday he vowed to send 240 thousand doses of anti-Covid vaccines to Tripoli.