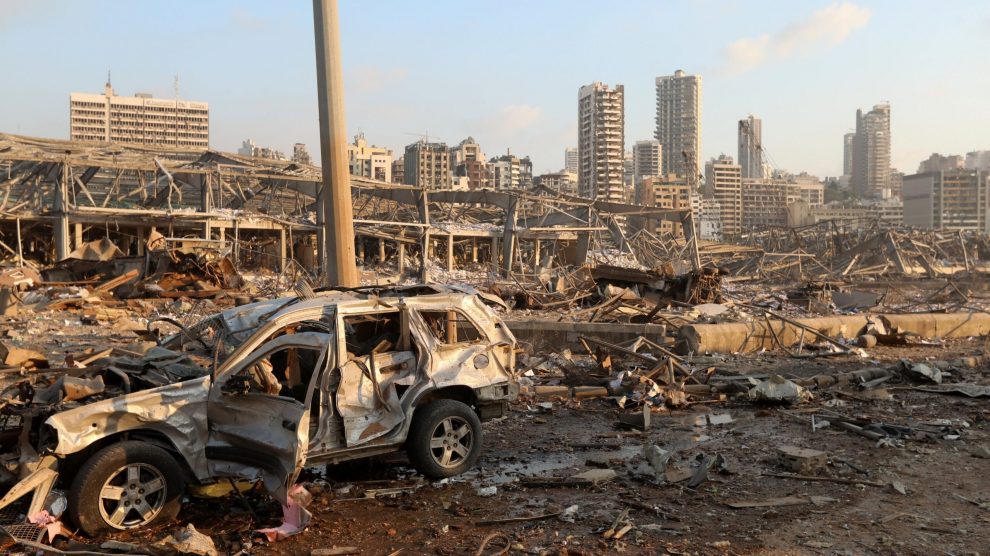 The newly appointed PM Mikati is called to push Lebanon out of a political deadlock, a grave economic crisis and massive security risks. The tangibility of an internationally-assisted reform frenzy, which is conditional to unlocking aid funds, will become clearer in a week’s time

“A Lebanese expatriate asked me how I was handling the deepening crisis, and I told him I was ‘adapting’,” writes the FT’s Middle East correspondent Chloe Cornish in Beirut. “He chastised me for adopting what he called ‘the resilience mantra’ — ‘it is what caused all our problems in Lebanon’. The argument is that adapting to circumstances has become akin to capitulating to them.” A sentiment encapsulating the gloom of a state brought to the verge of collapse.

The anniversary of the Beirut blast is due next week. The chemical explosion that rocked the capital’s port last summer resulted in 210 dead, over 7,000 injured and roughly $4bn worth of damage. It also had the effect of worsening a downward trend, a political and economic decline that saw the local currency lose 90% of its value and half the population descending under the poverty line.

After 10 months of failed attempts to break the political (and, to an extent, confessional) deadlock, and having been met with resistance on behalf of President Michael Aoun, former Prime Minister Saad Hariri threw in the towel and resigned. His seat was taken on Monday by billionaire businessman and twice-PM Najib Mikati, who has signalled he’ll form a technocratic government and proceed to restructure the country according to the reformist road map that French President Emmanuel Macron presented in the wake of the blast.

PM Mikati’s effort will be instrumental in unlocking (or failing to receive) the multibillion aid package that the International Monetary Fund has been dangling before the country, which is conditional on economic and structural reforms. Contextually, a third round of talks among international donors is ongoing, although, as Italy’s former ambassador to Lebanon Gabriele Checchia told Decode39, chances for success are low. “Barring a miracle, such as the birth of an executive between now and [the international conference on] August 4th – one capable of undertaking [the reforms] required to unfreeze the aids – nothing suggests that something concrete could come out of it,” he noted.

Time, however, is simply running out. Matteo Bressan, NATO Foundation analyst, remarked that the 80,000 soldiers composing the Lebanese Armed Forces, who used to earn the equivalent of $800 a month, are now down to anywhere between $70 and $90. “These figures are far from what the Lebanese military needs to survive, educate their children and ensure health care,” the expert told Decode39. “If, after the political class, the LAF were to implode, the last essential tenet of the state – the monopoly on violence – would come to an end.”

International actors understand the destructive consequences that further inaction in Beirut could mean for the Mediterranean area. France, the US and Saudi Arabia are prodding Lebanese politicians to renovate the system and save the country, and even Israel – whose history with Lebanon is strewn with tensions, and who’s nonetheless wary of further Iranian penetrations in the bordering country – offered humanitarian aid, either directly or through the Italian-led UN mission UNIFIL on the ground.

Mr Bressan believes that the upcoming August 4th conference could aid in building a functioning executive, in which case the funds promised by the World Bank, the European Reconstruction and Development Bank and Saudi Arabia would become more attainable. That money would also come with their inevitable oversight, which could help in keeping the reforms on track.

Alternatively, the August 4th milestone could result in nothing but an international commitment to help the country navigate to the 2022 parliamentary elections. Either way – and especially if the aid funds fail to arrive – there is a dire need of humanitarian and economic support on the ground.

“The EU and other international bodies are right to withhold funding for high-level state institutions until real reform takes place,” argues the European Council on Foreign Relation’s Carmen Geha; “in the meantime, Europeans should support local institutions such as schools and hospitals to help ordinary people and create space for a new politics to emerge, including at next year’s parliamentary election.”

Libya, the (economic) road through Rome
Charting an international way out of the Tunisian crisis