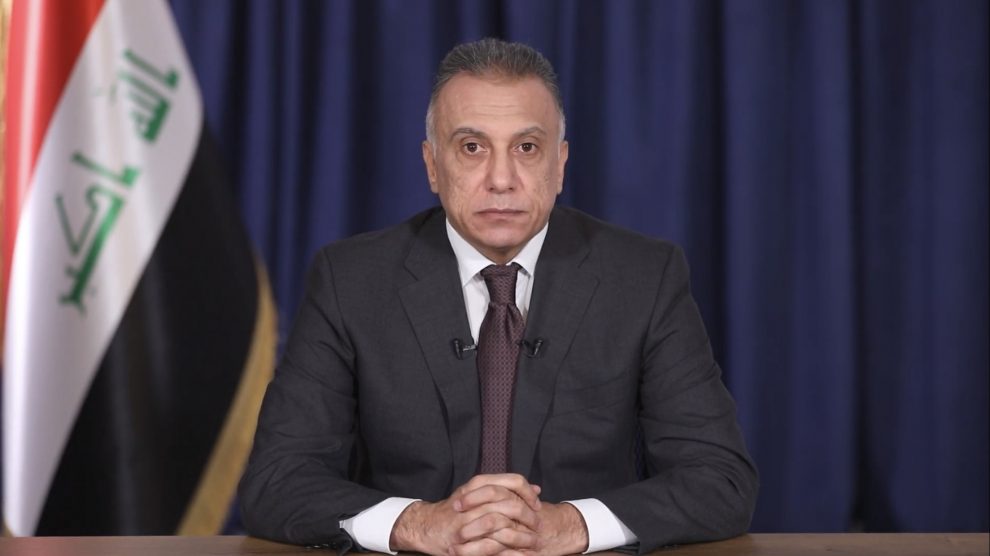 The "New East" alliance between Egypt, Jordan and Iraq strengthens their geopolitical role in the region. Baghdad wants to use it as a cornerstone in the major international conference it’s planning for August - with the further objective of saving Syria and Lebanon from the abyss

Iraq is trying to use its newfound understanding with Egypt and Jordan as a multiplier of its diplomatic ambitions. This triad is supposed to be the backbone of the international conference the Iraqis intend to host later this month to talk about regional issues. This meeting could include attendees such as France’s President Emmanuel Macron, Turkey’s Recep Tayyip Erdoğan, Iran’s Ebrahim Raisi and Saudi Arabia’s King Salman.

Baghdad’s aims to present the country as a solid and reliable mediator on all fronts. Its goals are to attract investment for reconstruction while also gaining prestige as an interlocutor within the region. The triangular agreement with Amman and Cairo is geared towards similar purposes. The three countries are moving forward to sign three-way agreements on security and economic cooperation.

This line follows the joint statement issued after the Egyptian General/President Abdel Fattah al Sisi and the Jordanian King Abdullah II touched down in Baghdad for a (historic) visit. The Iraqi President Barham Salih called the encounter “an eloquent message amid enormous regional challenges” after meeting with the other two leaders jointly with Prime Minister Mustafa al Kadhimi.

Indeed, this is the agreement’s and the conferences’ core meaning: the Middle East is a turbulent region in constant imbalance where, however, the triggering of stabilization mechanisms is being sought beneath the surface. Besided, this is the Biden effect: the American Democratic President requested that regional allies avoid clashes and tensions and encourage dialogue and cooperative dynamics (which to the US also signifies facilitating its own disengagement).

Iraq is clearly on this path, as well as Egypt. The latter is mediating via the UN in Libya while also sending fire-fighting planes to Greece and acting as an interlocutor in several regional matters. Likewise, Jordan is also looking for diplomatic spaces (not unrelated to its own direct interests, an approach that they all share), as demonstrated in the thawing relation with Israel.

First among the matters piquing the trio’s interest is the drive to facilitate an economic-commercial partnership. Everyone is suffering the pandemic’s knock-on effects, everyone needs help. Moreover, the three are attempting to imagine how post-war Syria, Libya and Yemen could be.

They are also looking for a solution to the Israeli-Palestinian conflict and pitching an information and action pooling system to improve security. Egypt, Iraq and Jordan are all familiar with the dynamics inherent to the Baghdadist Islamic extremism, and all three collaborate in the fight against terrorism with the United States and NATO missions.

The ongoing alignment is anything but trivial. Suffice it to think that before last June, the Jordanian king had visited Iraq in 2019 for the first time in the last decade. Moreover, President Sisi was the first Egyptian head of state in Baghdad in the last three decades – that is, after the invasion of Kuwait ordered by Saddam Hussein. That same year, the Arab Cooperation Council (ACC) which the three countries had formed with then-called North Yemen was disbanded. Above cooperation, the current framework has a strategic nature and geopolitical value.

PM Khadimi’s Iraq is seeking support among the United States’ main regional partners to progress towards its goals (it is worth remembering that Egypt and Jordan were the first two countries to establish relations with the new Iraq after the 2003 US invasion). Meanwhile, Baghdad is interiorly subjected to the powerful influence of the Shiite militias, which are linked to the Iranian Revolutionary Guard.

The Iraqi government has already tried to act as a mediator between Saudi Arabia and Iran, and previously between Iran and the United States. Now – thanks to the alignment with Jordan and Egypt – it’s trying to capitalise on these past activities while riding the momentum that the regional conference could bring along.

Neil Quilliam of Chatham House calls the trio “the region’s odd fellows,” while the three leaders call themselves “al Sham al Shadid,” the New East. This is among the most interesting geopolitical transformations underway in the Middle East and Italy must pay attention, as it has several interests in the trio, given that in a few months Rome will lead the NATO contingent in Iraq and since it enjoys good relations with Cairo and Amman.

On the other hand – the Brookings Institution points out in an analysis -, as is historical tradition with the ACC, the grouping could be open to new members. Starting with the indispensable parts of Sham that are Syria and Lebanon. In June, the US State Department put out a statement underscoring the importance of (and its support to) the three-pronged initiative: this is also not trivial.

Although the possible inclusion of Bashar el Assad‘s Syria could strain the Americans’ support (given that the US accuses the Syrian leader of war crimes), the “new East” project could become a chance to bring about the necessary reconstruction in Syria and to help Lebanon out of the abyss. Those are two other pieces of a broad and negotiation-driven regional policy that Iraq will seek to cement in the upcoming conference.

As Italy rebounds, will Draghi stay or go?
Detention camps, migrants and protests: Lukashenko in the limelight