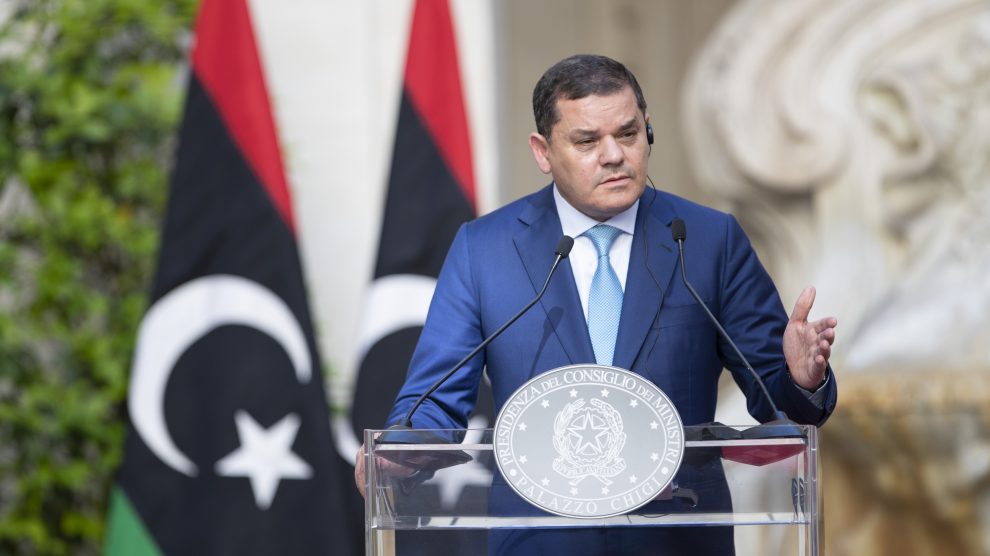 Five major Western countries signed a joint statement in favour of the ongoing stabilisation process. Libya is inching closer to free and fair elections, scheduled for December 24th, and the first potential candidate has cropped up

France, Germany, Italy, the United Kingdom and the United States expressed their support for the political process that’s meant to ferry war-torn Libya to a democratic and peaceful future, to be achieved via “inclusive, free and fair elections” on December 24th, 2021.

On Sunday the countries’ respective embassies in Libya signed a joint statement, calling the upcoming parliamentary and presidential elections “an essential step in further stabilising and uniting Libya” and urging that “their results should be respected by all.”

The stabilisation process potentially reached a turning point with the recent drafted electoral law penned by the President of the House of Representatives, Aguila Saleh Issa, and already submitted to the United Nations, which is guiding the political and diplomatic path to rebuild Libya.

This is a major milestone in the path that the Government of National Unity (GNU) must follow to reach the electoral objective. Abdul Hamid Dbeibah, who was elected interim prime minister by the Political Dialogue Forum promoted by the UN, was tasked to do as much.

The embassies of the five countries embraced the initiative by standing by the work of the UN Special Envoy, Jan Kubiš, who received President Saleh’s draft law. “Laws governing the elections are past due,” reads the statement; “all actors should recognize that now is the time to engage and finalize the electoral framework, taking into account all legitimate concerns of the Libyan people.”

Furthermore, these countries assure they are standing by to “support, at their request, the interim Libyan authorities” in organising the elections. “We remain committed, also, to women’s full, equal and meaningful participation in Libyan elections, as voters, candidates and decision-makers in the political process.”

Finally, the statement brings forward the five’s demand for compliance by all actors with the UN Security Council sanctions, “including through national implementation measures against those who [violate] the UNSC arms embargo or the ceasefire, threaten the peace, stability or security of Libya or obstruct or undermine the successful completion of its political transition, including those undermining the elections foreseen in the [electoral roadmap].”

The materialisation of Libya’s electoral path already prompted internal reactions, including the first election-related unrest. Clashes occurred in Zawiyah, West of Tripoli, between militias – minor settling of scores which are nonetheless related to the consolidation of local power through the construction of parliamentary candidacies.

Meanwhile Ahmed Maiteeq, who was vice president and deputy PM of the former Tripoli-based, UN-supported Government of National Accord (led by Fayez al-Sarraj), is supposedly readying his bid to the presidency. His tweet in support of the draft law strengthened rumours that he might become the first figure to enter the contest.

Last year Mr Maiteeq, who hails from Misrata, was instrumental in brokering between the GNA and its opposer, the forces led by General Khalifa Haftar, creating the momentum and triggering the processes that resulted in the ceasefire and today’s UN-guided stabilisation effort.

The politician also managed to reopen the country’s main source of income, i.e. its oil fields, in September 2020. And he proved apt on the international level, obtaining the blessing of Turkey and Russia – the most influential countries on the matter, together with Italy – for said operation.

That deal generated the “5+5 Committee,” composed of 5 Tripolitanean and 5 Cyrenaican commanders, which acts as guarantor of the current ceasefire and has been fostering a more productive dialogue between the two sides.