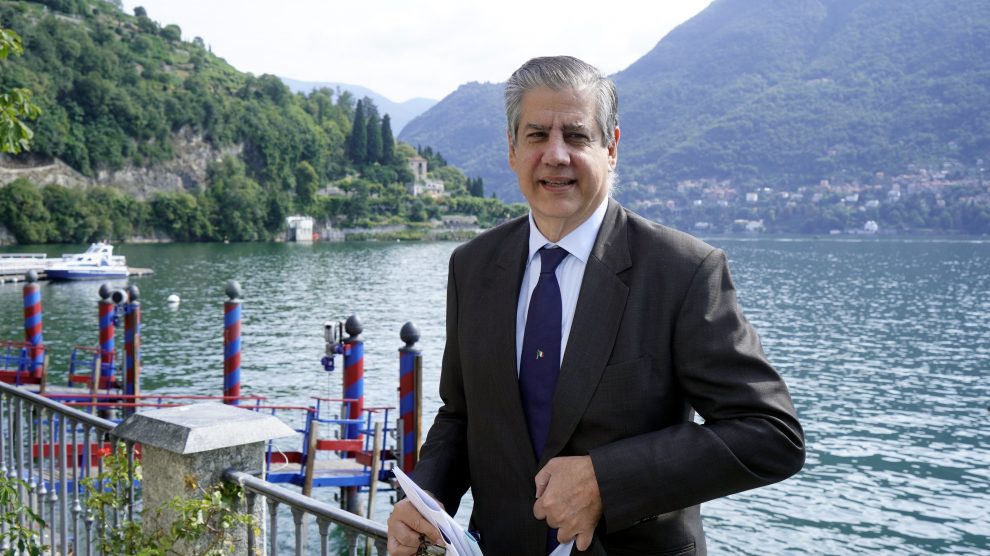 An interview with Stefano Pontecorvo, Senior Civilian Representative of NATO in Afghanistan, former ambassador to Pakistan and key figure during the Kabul evacuation. TL;DR: NATO will get back up, we have allowed democracy to flourish and the Taliban will realise it, and Panjshir will keep on fighting

The mind is in Brussels, the heart in Kabul. The barbed wire, the children climbing over it, the queues along the runway at Hamid Karzai International Airport of those who hoped for a free seat on a flight, the shots and explosions in the distance.

Stefano Pontecorvo still has snapshots of the Afghan drama etched in his eyes. Senior Civilian Representative of NATO in Afghanistan since June 2020 and formerly Italian ambassador to Pakistan, he is the protagonist and the most recognizable face of the civilian evacuation from the Taliban-captured capital.

One month after the fall of Kabul, Mr Pontecorvo draws up an assessment of the NATO mission and the future that awaits those who remain.

A month later, what is left of Kabul?

What remains is a country that has fallen into the hands of the Taliban, due to the sudden collapse of the Afghan government and its security forces. We are now facing a government that is incompatible with the values ​​and aspirations expressed by Afghan society.

The twenty-year NATO mission. Was it all in vain?

There is no point in hiding it: the mission ended badly, as we never would have hoped for. This does not mean that it was all in vain.

What can and must be saved?

We took action to ensure that Afghanistan does not revert to being a safe haven for terrorists who could attack our countries, as they did on 9/11. And since then, no attacks on our countries have come out of Afghanistan. This is an important achievement and we must remain vigilant to safeguard it.

The seeds have borne fruit…

Thanks to the support of the entire international community, including many of our governments, the EU and the UN, as well as our military presence, Afghans have made unprecedented social and economic progress. We have created a security framework that has allowed some of the seeds of democracy to grow spontaneously.

Democracy cannot be exported, but the founding elements of a democratic system can: the freedom to think, express oneself, study, participate in public life. People in the Afghan society did it because they were enabled to do so, without impositions.

Are these Taliban the same as twenty years ago?

Unfortunately, they have not changed. But the Afghans have, radically. Today, the “Koranic students” have to confront and face a society they don’t really know. A society that, thanks to the support of NATO, the international community and some internal pressure, does not want to give up its acquired rights.

It definitely is. The Taliban have faced more demonstrations in their first three weeks in government than the four years of the previous regime. That must mean something.

The armed resistance, however, is dying out. Has Panjshir fallen?

Pockets of resistance will remain, the Panjshiris do not give up easily. It is a 120 km-long region, intersected by twenty-one valleys, very difficult to dominate. The Soviets attacked it seven times without success.

But the region’s capital was taken. The Taliban flag flies on the roof of the governorate.

The resistance left the capital in the centre of the valley and withdrew to the mountains. Today the situation is in favour of the Taliban, tomorrow it could change. I expect both Massoud and Saleh to give them a hard time. They will not trust underground deals and negotiations – rightly.

Ambassador, the evacuation is over but there are still collaborators and informants of European forces on the ground who are risking their lives. Is there a NATO plan to take them away?

NATO Secretary General Stoltenberg was clear: we are committed to bringing out of the country those who supported our efforts and urgently need them. We have evacuated about 2,000 people who were associated with NATO, along with their respective families, and they are now undergoing a resettlement process. That being said, many remained in Afghanistan.

What will you do for them?

We will continue to do everything that’s possible to evacuate those who have a NATO connection and wish to leave the country, and their families. All in all, during the month of August, over 120,000 people were evacuated through an airlift created by several NATO countries.

What is preventing further evacuation operations?

The Taliban’s ambiguity. They assure that those with papers in order can leave, including Afghans, but we know that is not the case. The Americans managed to evacuate their compatriots and Afghans with permanent residence in the United States after two weeks of intense negotiations. The Hamid Karzai International Airport is slowly returning to operation. Then again, some land routes are open. Crossing borders is difficult, but not impossible.

The lives of those who remained in the country are not at imminent risk. Thanks to the support of NATO Headquarters, we retraced twenty years of the Alliance’s mission to contact those who collaborated with us, drawing up a list of those who were most immediately exposed. The others will also be flown out, whenever possible. NATO does not play with people’s lives.

Can we create humanitarian corridors for refugees?

First we must agree on the concept of a humanitarian corridor. If it is a free passage to reach the border, so be it. But one obstacle remains: whether to believe the Taliban’s promises. They are not happy to see a substantial part of the population leave the country, and it shows.

You know a key player in this crisis well: Pakistan. Can the West trust it?

The West can and must speak with Pakistan. It’s a NATO partner country that provides important logistical support in Afghanistan. Many of the women and children we evacuated in recent weeks would have remained in Kabul without the help of Pakistanis. Furthermore, Turkey – our ally – and Qatar – our partner – continue to make important contributions to bring the Kabul airport back into operation. For that, we are very grateful.

Is China really ready to bet on the Taliban’s Islamic Emirate?

China is an elephant in a crystal room, it cannot afford to send military forces. The Chinese will play a strategic role, they will leverage the excellent relations with Pakistan and Iran, two countries where they have invested a lot. First, though, they have to deal with two priorities.

The fight against terrorism and the spread of fundamentalism as well as the fight against drug trafficking. And economic interests. Afghanistan is a key hub for East Asian routes, once stabilised it can host new roads, rails and oil pipelines.

Will the country revert to being a sanctuary of terrorism?

The Taliban have made a clear commitment not to allow terrorists to once again use Afghanistan as a platform to launch attacks on our countries. The world is watching and will hold them accountable. At the same time, they do not control the entire territory. 18 UN-recognized terrorist organisations operate in Afghanistan. Assuming there is the will to counter them, 80,000 men are not enough.

The Haqqani network, one of the most fearsome and violent terrorist organisations in the East, has a minister: the head of the Interior Sirajuddin Haqqani.

Haqqani’s institutional portfolio boasts an additional three lower ministries; they are in pole position. It is an unstable equilibrium, though, the Taliban are rattled by a dispute between different ethnic groups.

On one side the Southern Taliban, the Kandahari and the Helmadi are fighting over the division of power. On another side you have the Haqqani network, which is mostly made up of Eastern Pashtuns.

Then there are the Tajiks and the Uzbeks, who make up about 20% of the Taliban and have contacts with other terrorist groups, such as the Islamic Movement of Uzbekistan. They have helped recapture the Northern provinces, but have been almost excluded from power so far.

During their conquest, the Taliban imprudently opened all of the Afghan prisons. 12,000 detainees have fled from the two prisons in Kabul alone, Parwan and Pul-e-Charkhi, including roughly 800 Al-Qaeda fighters. The same goes for Mazar-i-Sharif and Kandahar. Thus, there are obvious risks. That is why NATO allies remain vigilant and have the capabilities to target terrorist threats from beyond the horizon.