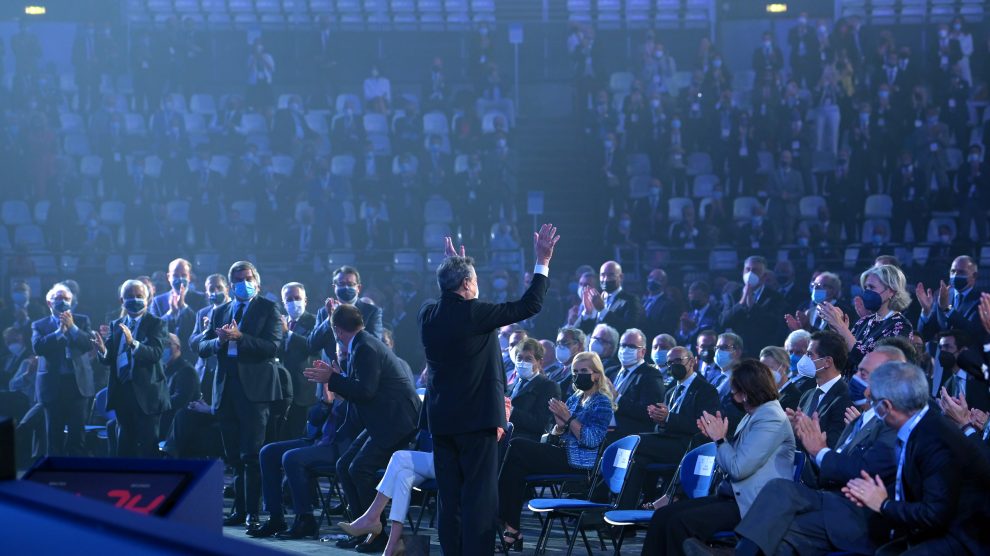 “From time to time, Italian history has reserved for us men of a certain type, men of necessity. Personalities who feel the duty to respond to the community’s problems rather than the ambition to remain at the helm at any cost. There: [Mario] Draghi is one of these men.”

This powerful endorsement of Italy’s Prime Minister – and former head of the European Central Bank – came by none other than Carlo Bonomi, head of Confindustria, the Italian employers’ federation and national chamber of commerce.

Speaking at Confindustria’s annual conference in Rome, Mr Bonomi added that “[Italian] companies recognise themselves in the experience and work of the government led by [Mr] Draghi and hope that he will remain in his current role for a long time,” a thinly veiled jab to those in Rome who want to “kick him upstairs” by making him President come February 2022.

The enthusiastic tones highlight the uniqueness of Italy’s current economic predicament. Bogged down by two decades of stagnation and having suffered a slump of 8,9% of its GDP in 2020, the country is now enjoying a rebound that the government now estimates at 6% – rather than 4.5%, as speculated in the spring.

However, as Mr Draghi pointed out later on, it’s too early to rejoice – most of this bounce-back is a reaction to last year’s sharp drop. “The challenge for the government – and for the entire production system and social partners – is to ensure that this recovery is lasting and sustainable,” he warned.

This is the reasoning behind Confindustria’s attempt to kickstart a period of structural economic growth – hopefully with Mr Draghi at the helm. Mr Bonomi spoke of establishing a country-wide “pact,” one shared agreement between public entities (including the warlike political parties) and private companies, in the name of prosperity.

The lobbyist-in-chief did not pull any punches. Parties, he said, must overcome their thirst for power and strive to prioritise the country’s wellbeing. They must also desist from handing out helicopter money and early retirement to potential voters and focus on reforming Italy’s fiscal system, which is famously tilted against young people, women and fixed-term workers. Finally, he spoke of the need to reduces taxes on labour, which are among the highest in Europe.

Mr Bonomi then went on to address Italy’s powerful trade unions. He called the leaders of the three biggest syndicates by their first name and told them that “we are not warring parties, we’ve got a common task […] to build agreements together and indicate paths and tools that politics fails to see. Now, a real deal for Italy. I really mean it. I don’t want to utter rhetorical words, let’s do it – at least us.”

When Mr Draghi spoke right after, he embraced Mr Bonomi’s words, adding that they “suggest that we can start thinking about an economic, productive and social pact for the country.” He explained that his government didn’t plan to raise taxes – “this is a time to give money back to the people, not to take it” – and was ready to weather the rising energy prices.

Finally, he stood by the multi-year, multibillion recovery and resilience plan, mostly bankrolled by the EU. “We must avoid the circumstantial risks that lurk behind this positive moment, preserve good industrial relations so that they ensure equity and social peace, and accelerate the reform and investment program to improve Italy’s long-term growth rate.” And the audience seemed to agree – with a minute-and-a-half standing ovation. 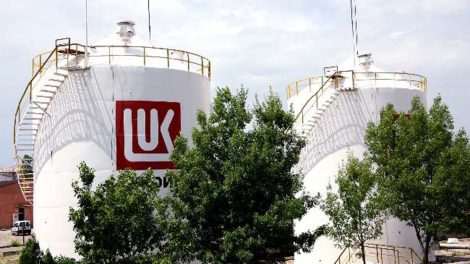 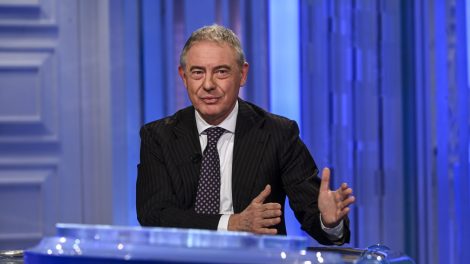