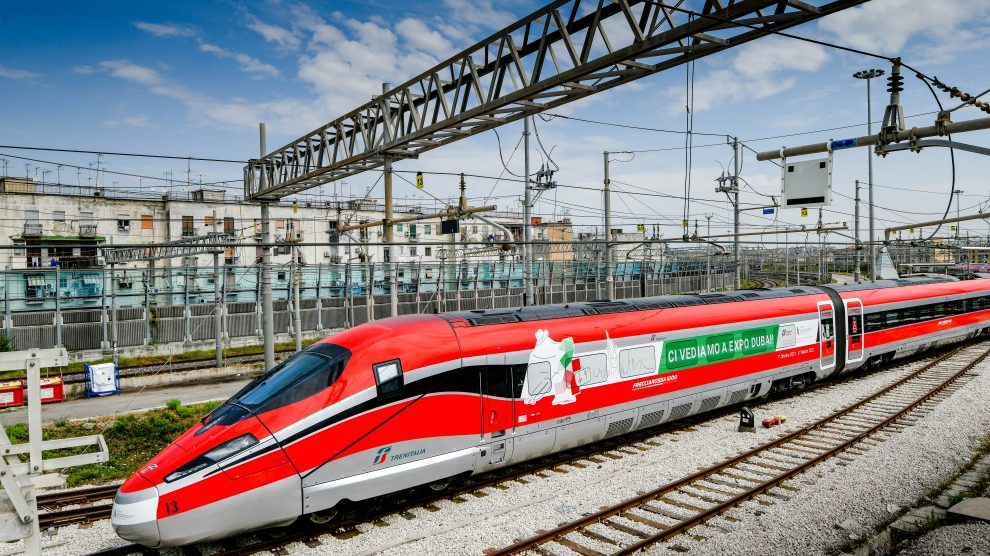 The Italian State’s railway company aims to present its take on the future’s sustainable, integrated mobility at the World Fair in the United Arab Emirates

The biggest World Fair ever is set to begin on Friday in Dubai, UAE. The gigantic showcase platform will encompass 192 countries – making it the most diverse Expo ever, in line with its theme “Connecting Minds, Creating the Future”, – each of which will have its own pavilion.

That’s another historic first, along with the record number of participating countries and the fact that this Expo is the first-ever to be held in the Middle East. The event is expected to attract north of 20 million visitors over six months, until the end of March.

The opening ceremony will feature famed Italian tenor Andrea Bocelli headlining a star-studded line-up of over 900 artists from around the world.  And another Italian symbol will permanently enrich the country’s pavilion with its own twist on this Expo’s theme.

As rail travel becomes ever more vital for a greener society, Gruppo Ferrovie dello Stato (FS), the Italian State railway group and Gold Sponsor of the Italian Pavilion, will use the World Fair to present its idea – and the way it’s turning into practice – of sustainable and integrated mobility.

FS will run a Frecciarossa 1000 train customized with a livery recalling the symbol and colours of the Italian Pavilion on Italian tracks for the entire duration of the fair. The installation within the Pavilion, an immersive exhibition on a 27-metre wide screen, will virtually carry visitors on modern and historic FS trains across Italian landscapes.

The installation is intended to offer a glimpse of the country’s world-famous penchant for blending technological innovation and natural beauty, as well as conveying the company’s drive to develop technologically advanced railway systems. An endeavour it’s been undertaking for years while connecting all parts of the Italian peninsula, providing a crucial backbone to the country’s economy and tourism.

Founded in 1905, today FS oversees nearly 16,800 kilometres of active rail lines in Italy. Its ETR trains have broken records time and again in the last decades, and its new twin-train system allows for 900 passengers to travel simultaneously at over 300 km/h on high-speed electrified railways. And the company will be a key component of the country’s green transition.

The group is planning to employ exclusively green energy by 2050, stated FS’ President Nicoletta Giadrossi, which would effectively render Italian travel carbon-neutral. The company’s already taking steps in that direction: it made the new batch of regional trains recyclable up to 97% and 30% less energy-intensive and deployed them, along with a huge bus fleet, to work towards a door-to-door alternative to personal vehicles.

“The pandemic has forced us to reinvent ourselves very quickly, giving a strong boost to the development of innovation, technology and digitisation,” said the group’s CEO Luigi Ferraris; “these are and will be FS’ future challenges, enabling factors on the path towards increasingly sustainable infrastructures.”

€28 billion of the country’s Recovery Fund will be implemented by and through FS to “develop a system that integrates transport services in a single multimodal, modern, digital and sustainable system, increasingly interconnected to trans-European transport networks,” added Mr Ferraris.

The company has also branched out to other countries, such as the UK – having won the tender to manage the London-Glasgow line and its future High Speed 2 line – and Greece, where it’s activating high-speed travel between Athens and Thessaloniki.

“We are proud to export our skills and contribute our know-how to create value in the territories in which we operate,” said Mr Ferraris, adding that many countries, such as India and the United States, aim to develop their own high-speed systems. 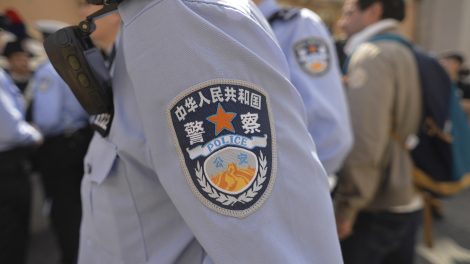 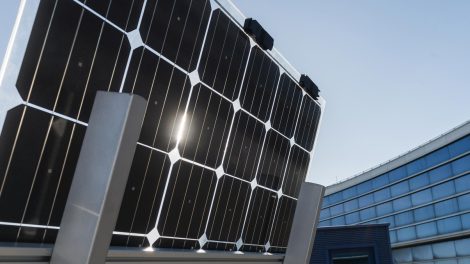 Youth4Climate wrap-up: Milan conference paves the way to COP26
G20 on Afghanistan to be held on October 12, says Draghi