Home » G20 on Afghanistan to be held on October 12, says Draghi 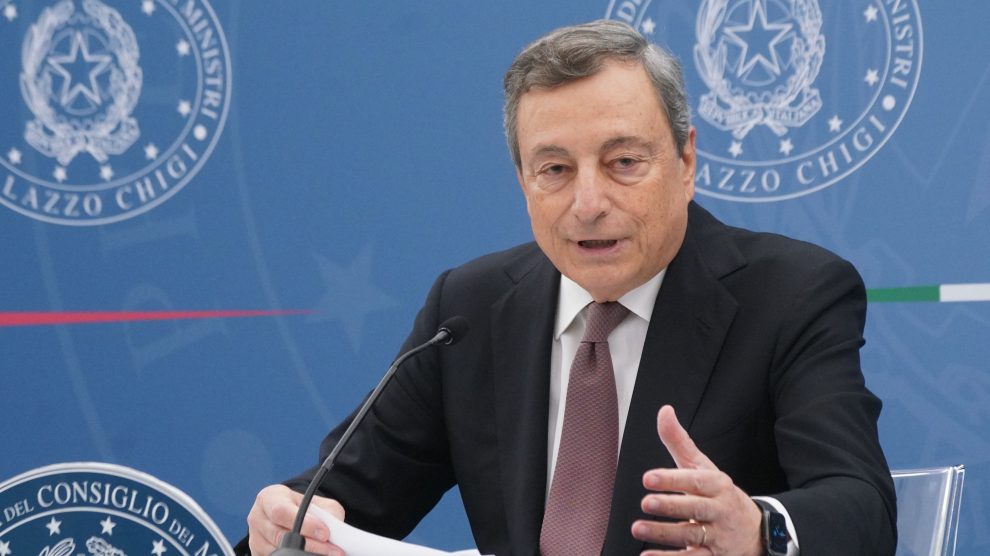 It’s on: the extraordinary G20 summit on Afghanistan will be held via videolink on October 12th in Rome and will focus on humanitarian aid, security and human rights. This was confirmed directly by Prime Minister Mario Draghi during a presser event on Wednesday afternoon.

Firstly, “it’s a matter of whether it is possible to have common objectives throughout the G20 community,” said Mr Draghi, underscoring that the most urgent need is averting the country’s pending humanitarian catastrophe.

“Afghanistan receives almost no support from the rest of the world,” continued the PM, adding that he believed it to be the duty of the richest countries in the world to work towards avoiding the loss of human lives without imposing unnecessary conditionalities.

Mr Draghi then stated that the second crucial matter was “to see what steps the G20 and international communities want to take to prevent Afghanistan from becoming once again the cradle of international terrorism.”

On this matter, the Italian leader envisioned an exchange of views and experiences to inform possible actions, with the final aim of avoiding the spread of international terrorism in Europe as well as Afghan’s neighbouring countries.

The latters “are completely involved in the crisis” and “will also have a say” in the upcoming G20 summit, which has been extended to frequently attending guests – such as Spain and the Netherlands – as well as regional actors – Qatar – and international entities, namely the United Nations, the World Bank and the International Monetary Fund.

Speaking at the presser, Mr Draghi noted that last week’s summit among G20 foreign ministers in New York, organised by Foreign Minister Luigi Di Maio and conducted alongside the United Nations General Assembly, was held to pave the way to the upcoming G20 leaders’ summit.

The idea that meaningful action on the Afghan dossier can only be achieved through a truly multilateral approach, involving regional and non-Western powers (namely Russia and China), lies at the core of Mr Draghi’s drive to convene the G20 on the matter.

To this end, officials in Rome have spent the past weeks working towards the summit on October 12th. The diplomatic efforts included calls to Chinese President Xi Jinping and Russian President Vladimir Putin (who made known shortly after the presser he’d decide on his attendance “once the details are defined”.)

Lastly, Mr Draghi also weighed in on the much-discussed matter of creating a shared European defence, an idea that’s finding growing consensus in the EU following NATO’s withdrawal from Afghanistan.

“We must equip ourselves with a more meaningful defence,” he said; adding that the international support European leaned on “have proven less keen on” minding the EU’s interests.