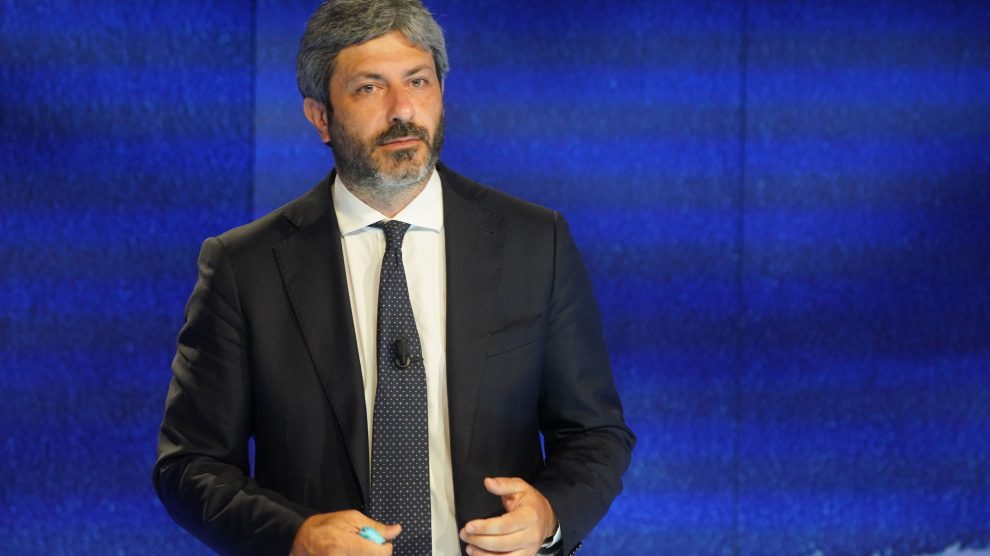 The Speaker of the Lower House landed in Washington for a three-day trip. He will see Speaker Pelosi and attend a string of meetings with representatives from internationally renowned think tanks

Roberto Fico, President of the Italian Chamber of Deputies (i.e. Speaker of the Lower House) and leading figure within the Five Star Movement, landed in Washington on Tuesday, November 2nd, for a three-day trip.

Decode39 understands that President Fico’s diplomatic mission hinges on two key endeavours, namely strengthening the progressive axis between Italy and the United States and delving into some issues that have always been on President Joe Biden’s agenda, such as new forms of democratic participation, human rights and urban sustainability.

The plan and the meetings

On Tuesday President Fico will meet Bill Nelson, NASA administrator and former Democratic Party senator. He will also visit the Steven F. Udvar-Hazy Center at the National Air and Space Museum and the National Archives, where the Declaration of Independence, the Constitution and the Bill of Rights are kept.

Wednesday is the most political day. In the morning Mr Fico will be received on Capitol Hill by Nancy Pelosi, Speaker of the House of Representatives, who was recently in Rome to attend the opening ceremony of the Parliaments’ Pre-COP26. Later he will meet with the leadership of the House, i.e. leaders from the Democratic and Republican Party as well as other representatives.

The afternoon holds another meeting with Kathy Castor, President of the Commission on Climate Change. Finally, Mr Fico will meet with some representatives of the German Marshall Fund think tank and some members of the Italian community.

On Thursday the Italian politician will attend the Unity Day and Armed Forces Day celebrations. Then he will visit the Arlington National Cemetery, attend the Changing of the Guard ceremony and honour the fallen. Later on he’ll see representatives of another prestigious think tank, the Brookings Institution (which is chaired by John Allen, former commander of NATO forces in Afghanistan).

In the afternoon he’ll visit another think tank, the Center for American Progress (CAP), and meet on Capitol Hill with David Cicilline, Democratic congressman of Italian origin and son of the “mafia lawyer” John Francis Cicilline, first gay mayor of a state capital (Providence, Rhode Island), Vice President of the Caucus of Progressives and member of the Europe Subcommittee of the House Foreign Affairs Committee.

The underlying meaning of his encounters is where the two key issues shine through – and where the fact that President Fico is thinking of the Five Star Movement’s future, and its relationship with the Italian Democratic Party (PD), comes to light. Once a rowdy anti-establishment, populist movement, the party has made considerable progress towards normalisation and institutionalisation – and in doing so, it found itself allying with the once-loathed centre-left PD.

The meeting with Speaker Pelosi and that at CAP will happen a few days after the Global Progress Network’s meeting in Rome, on the sidelines of the G20 Summit. This was willed into existence by PD’s leader Enrico Letta and powered by CAP, which is undoubtedly the most politically aligned of the three think tanks on Mr Fico’s plan (it was founded by the stalwart Clintonite John Podesta).

As for the second key issue, one must look at the meetings at Brookings and the German Marshall Fund, both internationally prestigious research centres that offer programs dedicated to issues that are dear to President Fico since his earliest political days.

Mr Fico’s Washington planner is heavy with institutional opportunities, which in turn are proof of the harmony between Italy and the US. This has become increasingly evident in several circumstances, including the visible entente between US President Joe Biden, his Italian counterpart Sergio Mattarella and Prime Minister Mario Draghi, the conversation between Foreign Minister Luigi Di Maio and the American Secretary of State Antony Blinken on the sidelines of the Rome G20 Summit, as well as Minister of Economic Development Giancarlo Giorgetti’s recent trip to Boston and Washington.

In this context, it’s useful to revisit President Fico’s interview with Formiche.net almost a year ago, a few days after the US presidential elections. He defined Joe Biden’s victory as an opportunity to relaunch EU-US relations. Here are two passages from that interview.

President Fico, it looks like the White House has a new occupant: Joe Biden. What do you expect from his administration?

I think that signs of discontinuity will be evident in different areas, starting with his commitment to the environment, a different approach to the migratory phenomenon and the relationship with all minorities, some of which have gone through hard and distressing years. After all, some measures have already been announced by [Mr] Biden, like re-entering in the Paris accords and leaving the Muslim ban behind.

On the international level, it’s generally taken for granted that the US will be returning to a multilateral approach, and that the Transatlantic relationships will recover through renovated forms of collaboration. I think that both guidelines are more than necessary, seeing the enormous global challenges we’re being called to face: the pandemic, climate change, fighting inequalities.

In these years, you have cultivated a steady relationship with Nancy Pelosi, the Speaker of the American House of Representatives. What is your collaboration based on, and how will it continue?

With Nancy Pelosi – to whom I sent a letter of congratulations for her re-election at the House of Representatives – there have been in these years numerous occasions for confrontation, both bilateral and within the G7’s Presidents of the Parliaments meetings.

We’ve developed an excellent relationship and shared thoughts, both regarding matters of shared interest – for instance, around social changes caused by climate change – and, more recently, during the sad period of violence that followed George Floyd’s assassination. Above all, we talked about the approach to follow in order to contrast the pandemic’s diffusion, as well as the important role that parliamentary diplomacy can play during this period in history.

On these matters I was confronted with a passionate and tenacious partner, but also one that’s sensitive with regards to matters that I felt compelled to present her with, in my capacity as President of the Chamber [of Deputies], like the Chico Forti case.

“No fear of Chinese retaliation”: MEP Dreosto (League-ID) is in Taiwan
Caught between home and the G20: Biden’s European trip