Home » “No fear of Chinese retaliation”: MEP Dreosto (League-ID) is in Taiwan 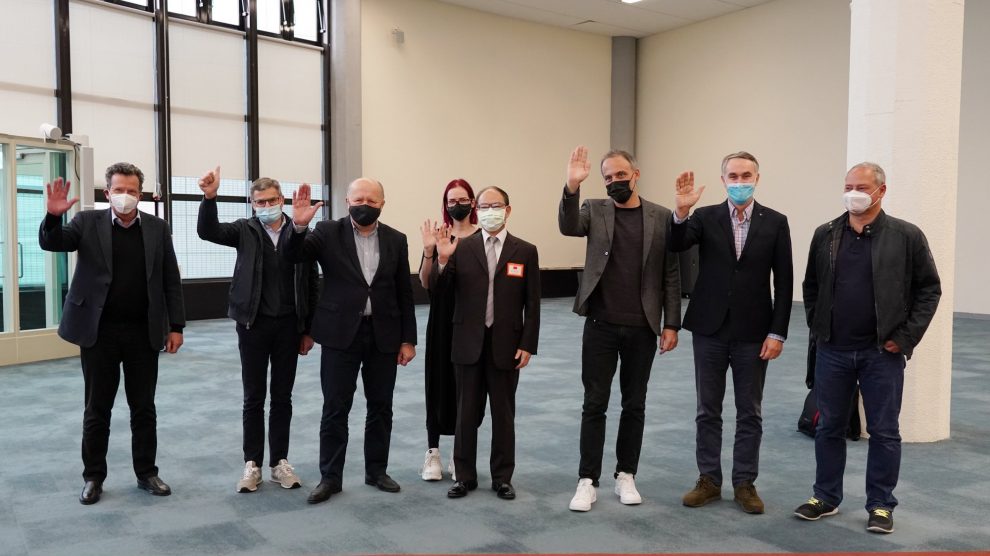 Decode39 reached out to the Italian MEP, who is in Taipei for a historic diplomatic visit, to hear his thoughts on EU-Taiwan relationship and China

On Wednesday a delegation of seven MEPs was welcomed in Taipei for the first (and historic) diplomatic visit of its kind, which is set to breathe new life into expanding EU-Taiwan relations and ruffle Beijing’s feathers even further.

The endeavour is charged with political significance, as China considers the island a rebel breakaway province to reunite with the mainland and vehemently opposes any foreign attempt to legitimise its independence.

Beijing’s Mission to the EU chimed in beforehand to condemn the trip, saying it would “seriously violate the EU’s commitment to the One-China policy, damage China’s core interest and undermine the healthy development of China-EU relations.” When contacted by Decode39, the body referred us back to that statement.

Regardless, the MEP delegation of the European Parliament’s Special Committee on Foreign Interference (INGE) made it to Taiwan anyways. They are scheduled to meet Prime Minister Su Tseng-chang and President Tsai Ing-wen, among other officials.

Decode39 reached out to Marco Dreosto, League-ID MEP and the only Italian among the delegation. Alongside him are the French Raphael Glucksmann (S&D), the Czech Marketa Gregorova (Greens), the Lithuanians Andrius Kubilius (EPP) and Petras Austrevicius (Renew Europe), the Greek Georgios Kyrtsos (APP) and the Austrian Andreas Schieder (S&D).

“Taiwan is a crucial scenario,” Mr Dreosto told Decode39 as he travelled towards Taipei, “not only from a geopolitical viewpoint and in the global chessboard, but also to understand how to deal with Chinese cyberattacks, interference and propaganda operations underway in Europe and Italy.”

The MEP stated that the visit will be “of the utmost importance” for the whole of the European Union to study the Taiwanese’s best practices and means to fend off the effects of Beijing’s attacks. “Cyber-warfare and cybersecurity will be crucial issues for the defence of the entire Western world. We cannot find ourselves unprepared.”

But there are other reasons behind the visit. “In the recent past, China behaved opaquely and incorrectly towards the West,” said Mr Dreosto. “The trampling on human rights in Hong Kong, the persecution of Uyghurs in Xinjiang and the delays in warning the whole world regardings the outbreak of the Covid-19 pandemic are actions that cannot go unnoticed.”

The politician added that recent tensions and the military escalation between China and Taiwan also impacted the relations between Washington and Beijing. “In light of these events, for us in the League – who see Transatlantic relations as a fundamental pillar of foreign policy – it’s also essential […] to highlight that the West and Europe know where to stand: alongside the American allies, in defence of freedoms.”

As the Chinese Mission warned, this trip will not be devoid of diplomatic consequences. Fellow traveller Glucksmann, for one, has already been sanctioned in the past by the Chinese government. Nevertheless, Mr Dreosto told us he is not afraid of a harsh reaction from Beijing, believing that as elected members of a Parliament INGE members have the duty to defend Europe’s values ​​and principles. “We have this responsibility and we must carry on without fear of retaliation or threats,” he said.

Last month MEPs largely approved the first EU-Taiwan report, which called for actively intensifying political and commercial ties (albeit under the One-China Policy) and “consider[ing] Taiwan a key partner and democratic ally in the Indo-Pacific on its own merit.”

Mr Dreosto believes that maintaining solid commercial and economic relations is “essential” considering the EU and Taiwan’s mutual interest in the semiconductor sector, where Taipei is a world leader. Also, the Italian MEP believes it necessary to understand if there is a European political will to push some international organisations to open up to Taiwan, as US Secretary of State Antony Blinken suggested.

As for the EU’s investment agreement with China (CAI) – the approval of which ground to a halt earlier this year – Mr Dreosto upholds the decision to freeze it. “At the moment there is no great chance of resuming negotiations in the short term,” he commented.

A space for Italy in the MENA area. The Fico-Chollet meeting in Washington
Strengthening the Italy-US axis: House Speaker Fico’s trip to Washington