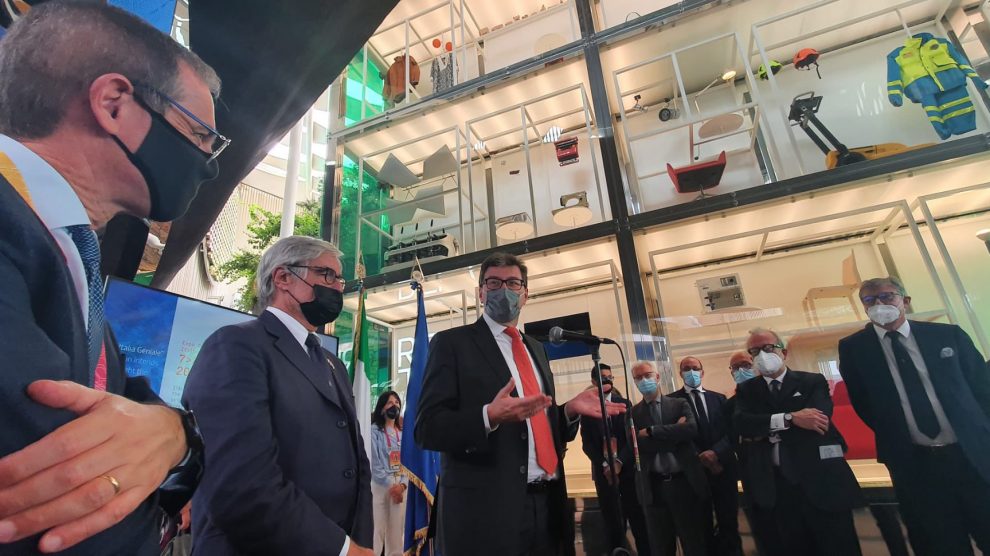 The Italian minister for economic development travelled to Expo in Dubai to meet key Emirati colleagues. He then touched down in Qatar to meet a raft of governmental officials. Here’s how Italy is looking eastward for investment opportunities

It’s been a busy two days for Italy’s Economic Development Minister, Giancarlo Giorgetti, who travelled to the Middle East for a raft of key visits. Dubai (and the International Exposition) first, then Doha. With the underlying motive of extending Rome’s reach in the area and discussing ways to strengthen commercial ties.

Mr Giorgetti touched down in the United Arab Emirates on Monday, made his way to Expo and met with Economy Minister Abdullah bin Touq Al Marri and the Minister of Industry and Advanced Technology, Sultan bin Ahmed Al Jaber.

The meetings were “cordial, constructive and concrete meetings,” he said, voicing the hope that under Mario Draghi’s government it will “finally be possible to turn the page and embark on a closer collaboration between our countries, aimed at the development and economic growth of both.”

Over the past year, Italy-UAE ties suffered from a row stemming from Italy’s previous government decision to place an embargo over arms export, to reduce its indirect involvement in the Yemeni crisis. The Emirates then resorted to a series of retaliatory actions, including barring an Italian plane from flying over the country.

In July, however, the Italian Parliament signalled that the UAE’s disengagement from Yemen and its contributions to the Yemenis through the UN were reasons enough to relaunch bilateral relations, by unfreezing the overarching arms export and work towards abandoning other restrictive measures.

Today, it seems as if the climate has positively shifted. Mr Giorgetti also met with Nahayan Mabarak Al Nahayan, Minister of Tolerance and Coexistence as well as Commissioner-General of Expo 2020. The former’s Ministry tweeted that the talk “confirmed the values of collaboration and friendship between the two countries.”

All talks were held at Expo, where the Italian pavilion is garnering praise. The Italian minister proudly opened an exposition – dubbed Italia Geniale – that traces the history of patents and industrial designs filed by Italian companies in his ministry’s offices.

“We’re known for being brilliant,” he said; “and the institutions must feed this genius – which clearly transpires from [this exhibition].” Mr Giorgetti promised that Italy’s post-pandemic recovery plan would “feed research and innovation applied to [Itay’s] national industry, because we need our young researchers to find new ways to build the future.”

The latter point – a thinly veiled reference to the ecological transition – seemed to run beneath the Qatari portion of the minister’s trip, too. On Tuesday he travelled to Doha, where he attended an institutional visit with Prime and Interior Minister Khalid bin Khalifa bin Abdulaziz Al Thani and was greeted by several key ministers.

The Italian’s ministry reported that the meetings included talks on collaboration between the two countries to attract investments and projects to Italy and facilitate the resolution of existing economic controversies with Italian investors.

The Italian communiquè underscored as “particularly interesting” the “shared vision” that emerged regarding the social and economic consequences of the ecological transition, which Mr Giorgetti discussed with “more than one [Qatari] partner.”

He also touched upon investment opportunities (including infrastructure) as the edition of the 2022 football World Cup, to be held in Qatar in November that year, draws nearer. FIFA President Gianni Infantino, too, met informally with the minister. Finally, he also met with a delegation from the country’s sovereign investment fund, the Qatar Investment Authority, to explore possible and future investments in Italy.

Rome and Doha have been enjoying strong economic ties recently. Commercial interchange soared 38% in the first half of this year compared to the same period in 2020. The food, machinery, furniture and fashion sectors have been driving the uptick.

Italy’s ambassador to Qatar, Alessandro Prunas, remarked in September that major food deals were being facilitated by the Italian Trade Agency (ICE), powered by the Ministry of Economic Development and Luigi Di Maio’s Ministry of Foreign Affairs. 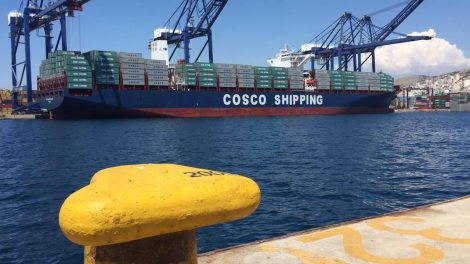 Broadcasting from Rome, China. The IAI report on Italian media
China: Italy must keep its guard up, says Law