Home » China: Italy must keep its guard up, says Law 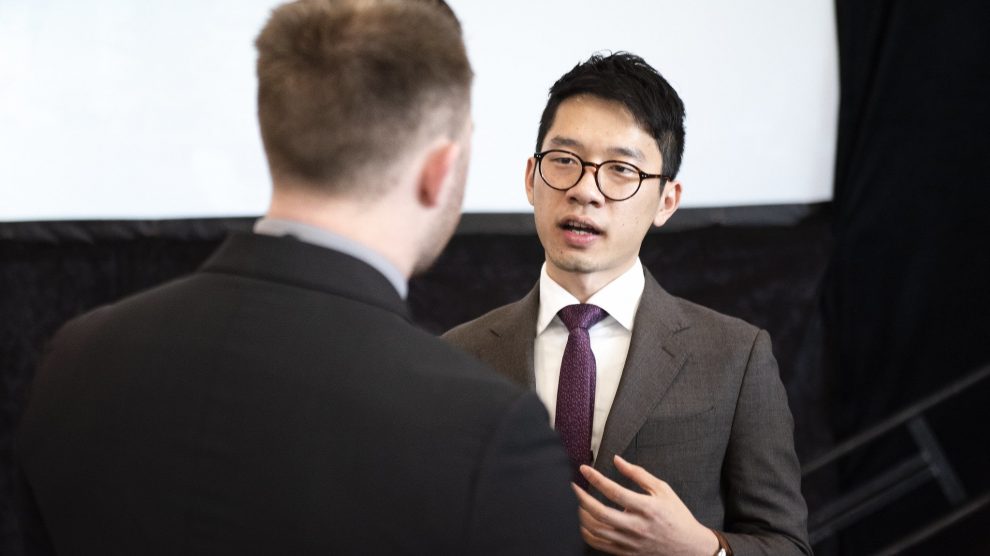 An exclusive interview to the leading pro-democracy activist, who speaks out against the dangers still posed by Beijing - and how Italy can navigate them

“The Chinese threat is no less urgent than climate change or nuclear proliferation.” Nathan Law, leading Hong Kong democratic activist, co-founder of the Demosisto party and currently living in exile in London launched a direct message to the Italian government through Decode39.

Since Mario Draghi became Prime Minister, there have been “steps forward” in the management of Italy’s China foreign policy – but “much still needs to be done. Countries like Italy would better recognise that the Belt and Road Initiative is a threat from the Chinese Communist Party (CCP) and work to address that,” Mr Law said.

“European countries that are getting closer to China and let Chinese state companies become more integrated in their fundamental infrastructure are doing a risky bet.”

In March 2019, Italy became the first G7 country to sign a memorandum of understanding to enter China’s Belt and Road Initiative (BRI). The gesture drew criticism from the United States, which expressed concern about the Chinese government’s overreach into Italy’s critical infrastructure.

Two years later, Italy reversed its course. PM Draghi – who is the former president of the European Central Bank and a staunch pro-European and Atlanticist – made it clear that China is an economic partner but not an ally.

Still, according to Mr Law, the threat is still lingering. “Italy should rethink whether to allow Chinese companies to operate its 5G network or whether it is convenient to become a main partner of the BRI,” noted the activist.

“Our sense is very clear: European countries should block the participation of Chinese State enterprise into their sensitive industry, and should not join initiatives like the ‘16 or 17 + 1’ that ultimately help China advance its authoritarian agenda.”

A week ago Mr Law was in Rome together with a group of foreign MPs, members of the International Parliamentary Alliance on China (IPAC), an international congress that’s critical of Chinese human rights abuses. The activist took part in a protest at the G20, the meeting that convenedvthe world’s Heads of State and government in Rome to discuss climate change, security and the Covid-19 pandemic.

“IPAC assembles legislators from all around the world,” he told Decode39. “We came to Rome to remind G20 leaders that we can work together as democratic countries to counter the aggression from the CCP and defend our democracies.”

Mr Law, who is 27, is known as one of the most prominent activists of the Hong Kong democracy movement. He was also the youngest ever elected MP in Hong Kong before being forced into exile in July 2020, after the introduction of the new National Security Law that led to the arrest of several activists, including some of his personal friends, such as Joshua Wong.

Today, echoing the “alliance of democracies” launched by US President Joe Biden, the activist upholds the creation of a new democratic coalition to counter Chinese authoritarianism. “I think all democratic countries have to be prepared to form an alliance to promote democracy and to defend democratic norms and the rule-based international order,” he said.

“We need to coordinate our policies to decrease the reliance on China, to create more mechanisms to hold China’s human rights violations accountable, and also make sure that we can counter the infiltration of the CCP in our own countries.”

If Europe and the United States do not act quickly, “the democratic recession will just continue, and we will pay a price for that,” he warned, adding that today’s “most pressing threat to the democratic order” concerns Taiwan.

“I think Taiwan is the most pressing issue right now. The CCP has the clear intention to conduct military intimidation or even prepare an invasion of the island. We should stand strongly with Taiwan, and do it before it is too late.”