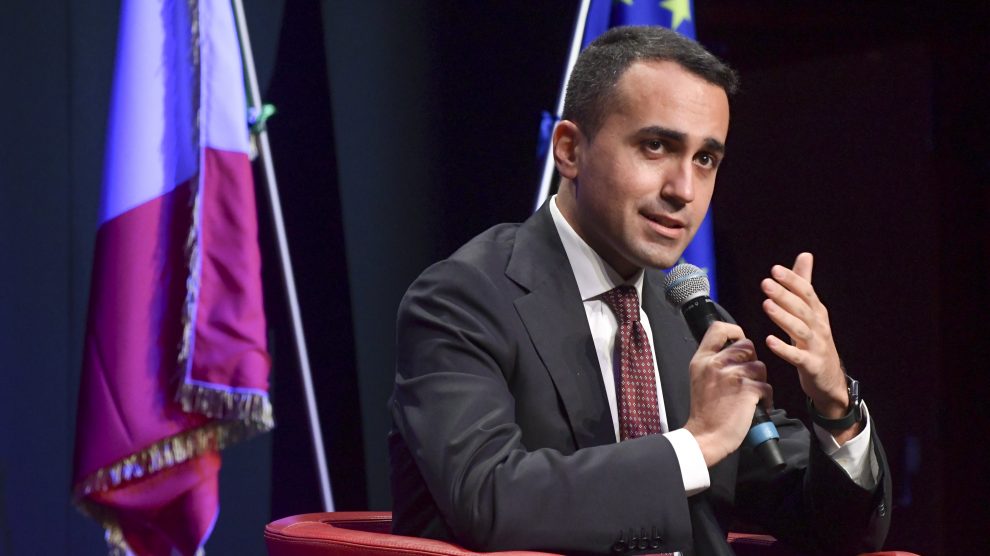 FM Di Maio and Undersecretary Di Stefano travelled to Uzbekistan. Being in Central Asia is a tactical necessity for Italy as well as the rest of the EU. Here’s why

Four months have passed since the Taliban took over Afghanistan. The decades-long political and humanitarian crisis of the war-torn country is now less prominent in the headlines, and yet it has worsened dramatically. The same goes for the risk of a destabilising domino effect in the region, both because of the ongoing migration crisis and the revival of jihadist terrorism.

In this context, a fundamental task falls to the States of Central Asia: Uzbekistan, Turkmenistan, Kazakhstan, Kyrgyzstan and Tajikistan. These are the key countries for containing the crisis and preventing a regional escalation from turning into a global drama. And the top Italian diplomats sought to strengthen their ties with them.

Ever since it coordinated the evacuation operations, Italy and its diplomatic staff have made Central Asia the pivot of their Afghanistan strategy. This is still the case today. On Wednesday, Foreign Minister Luigi Di Maio chaired the second Italy-Central Asia Conference in the 1+5 format in Tashkent, Uzbekistan, alongside Foreign Affairs Undersecretary Manlio Di Stefano.

The mission of this Italy-led conference was to give continuity to the diplomatic action launched in the past months, which is centred on investment and stability. The same approach envisioned by the European Union, which sent its special representative for Central Asia, Ambassador Tehri Hakala, to attend the conference.

On the sidelines of the conference in Tashkent, Foreign Minister Di Maio met separately with his local counterparts and discussed bilateral relations, which are nearing their 30th anniversary of the establishment of diplomatic relations, which falls in 2022.

It was agreed to comprehensively strengthen the existing partnerships, prioritising the political, economic and cultural spheres. The head of Italian diplomacy also had a detailed exchange of views on Afghanistan, bearing in mind that, for geographical reasons, the countries of Central Asia are among the most exposed to the consequences of the crisis.

Uzbekistan and Tajikistan, along with Pakistan, are the countries most affected by potential migratory flows out of – or rather, fleeing from – Afghanistan, as well as proselytism – with varying degrees of indoctrination regarding the jihadist victory that the Taliban Emirate’s founding supposedly represents.

Maintaining presence in Central Asia is a tactical necessity – for Italy as well as the EU. Neighbouring countries will be asked to be active in the reception of refugees (aided by the establishment of humanitarian corridors) and manage the security issues, given the enormous risk that Afghanistan may become an opportunity, even an inspiration, for the spread of terrorist activities in the world.

The region is undergoing an arduous development process, which is also linked to the various investments – including the Turkmen gas pipelines, the Chinese BRI, the Turkish interests, Moscow’s claim on influence in an area where speaking Russian is a point of contact.

The extraordinary Internal Affairs Council on August 31 set the Afghanistan line: “the EU will coordinate and strengthen its support for third countries, especially neighbouring and transit countries hosting large numbers of migrants and refugees, in order to reinforce their capacity to offer protection, dignified and safe reception conditions and a sustainable lifestyle for refugees and host communities.”

Back then the ministers laid out a few points, including border control operations through the Frontex agency; aid to neighbouring countries and “targeted information campaigns” to combat “the narratives used by traffickers”; tight controls by Europol to prevent potential terrorists, hiding amid the flood of refugees, from striking in Europe.

Moreover, there’s the matter of financial aid. The EU doesn’t wish for its funds, intended to support the Afghan people, to end up in the hands of the Taliban. They will be allocated to the UN and its agencies, so as to “ensure that humanitarian aid reaches vulnerable populations, especially women and children, in Afghanistan and neighbouring countries.”