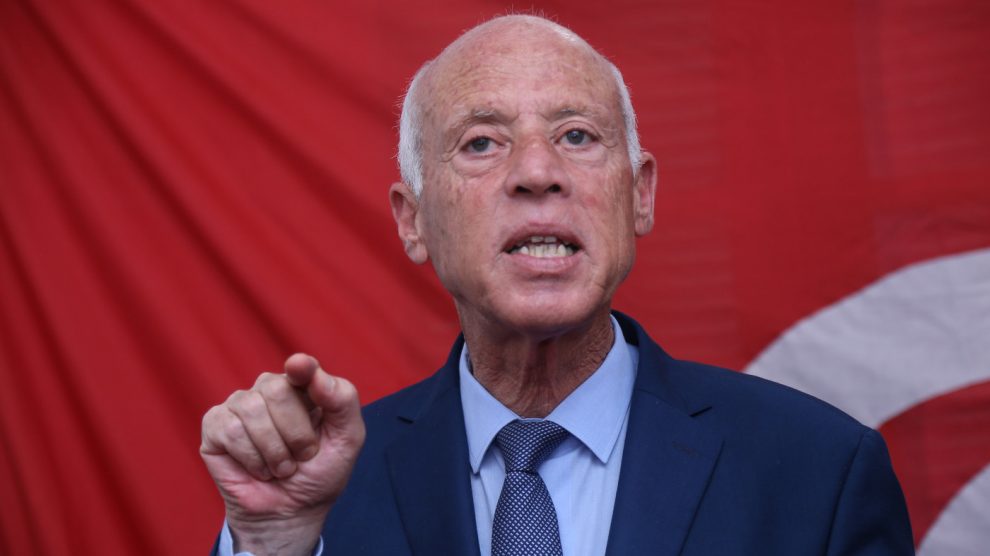 President Saied outlines the way out of the institutional crisis - a constitutional referendum and then elections -, but the process is designed around himself. Read the doubts by former MP Ben Mohamed and an analysis by Profazio (IISS)

The Tunisian president, Kais Saied, has announced a long-awaited roadmap to restore normality to his country: a constitutional referendum in July 2022, a year after the day he seized broad powers with moves which his opponents define as a coup d’état.

The path out of the crisis – which is institutional, economic and social – was announced with a speech broadcast live on television.

The president set two key dates: July 25, 2022, for the referendum and December 17 – the anniversary of the revolution – for the parliamentary elections. Public consultations will go on from January 1 to March 20, and a first draft of the new constitution must be ready by June.

How Tunisia got here

In Tunisia, Mr Saied wields almost absolute power since he suspended parliament, sacked the prime minister and took over the executive. The move by which he virtually froze the entire political chain had been quite popular, despite the concerns of Europe and the United States about the risk of an authoritarian drift.

Years of economic stagnation and political paralysis had led citizens to support the president’s hardline hoping it would bring about change. However, opposition has intensified as of late, including from political parties and influential national players who were initially in favour of Mr Saied’s power grab.

The two months it has taken him to appoint a new PM, along with the delay in detailing the roadmap, have added to concerns about Tunisia’s ability to deal with an urgent crisis and the real intentions of the president. As early as September he had set aside much of the constitution to rule by decree, casting doubt on the democratic gains of the North African country, which began with the 2011 revolution that sparked the Arab Spring uprisings.

“We want to correct the paths of revolution and history,” said Mr Saied in his speech after chastising the critics of his power grab. Then he declared he would appoint a committee of experts to draft a new constitution and that the Parliament’s activities would remain suspended until the December 2022 elections.

Laying down a clear path towards institutional and constitutional reform may prove decisive. It could help Tunisia secure international financial assistance as the country struggles to find funds to support 2022’s fiscal deficit and budget.

The country started talks with the International Monetary Fund, but the main donors have indicated that they are not willing to intervene without what they have called an “inclusive” approach. The roadmap also aids Mr Saied to build legitimacy in the international community’s eyes as he pursues his agenda.

“There are two messages in [Mr] Saied’s speech. The first is addressed internally, to the allies or political and social actors that supported his July 25. The other is intended for abroad, as it sets a one-year plan and promises to make a new constitution, electoral law and elections in December 2022,” explained Imen ben Mohamed, a former Tunisian MP and member of the Constituent Assembly, to Decode39.

Mr Saied’s equation appears simple: either you are with me until the end, or you are the enemy. This also applies to the allies who have criticised him in the media lately. “All this is very dangerous,” added Ms Ben Mohamed, “because [Mr] Saied not only sets the rules of the game in an authoritarian and undemocratic way, he has also declared that he wants to eliminate all the institutions that could control these rules.”

Thus, is the president going to write his own constitution (to be voted on social media, as he suggested) and then write an electoral law to control the elections? The former MP thinks he’ll do exactly that, “ all while eliminating any countervailing power.”

“As usual, he didn’t even mention the economic and social situation in the country. His agenda is clear,” added Ms Ben Mohamed, before calling Mr Saied “a power-hungry narcissist with no vision or solution for the country. Under [him], Tunisia is experiencing a return to authoritarianism that’s worse than that of Ben Ali.”

Although he chose symbolic dates, President Saied did not provide details – and everything remains nebulous, said Umberto Profazio, associate fellow at the International Institute for Strategic Studies and expert analyst on the Maghreb at the NATO Foundation.

Mr Profazio does not believe there is anything solid behind the president’s use of symbolism. “The picture is vacuous; the mechanisms are not clear. What’s clear is that [Mr] Saied and his men will have a central role, and this could produce other social tensions,” as the situation is “giving credit to the [validity] of concentrating power in his hands.”

“After what happened on July 25 this year, the Tunisian transition has, in fact, reopened,” continued the expert, “and the president himself is unclear about the next steps.” But there’s more: “the institutional problems may well be solved, but the great issue of the economic crisis remains. This could lead to problems being exacerbated in the short to medium term, and the situation becoming unsustainable.”

Kiyv calls Rome. Why Italy might facilitate dialogue with Putin
China, gas and beyond: all the pending dossiers between Italy and Germany