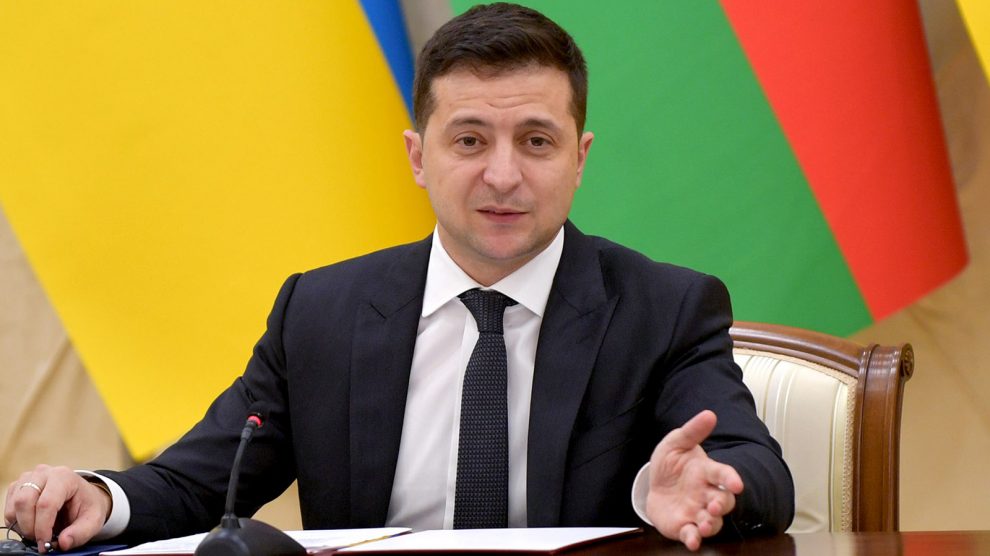 President Zelensky spoke with PM Draghi, knowing of his monthly talks with the Kremlin, amid worries regarding the Russian troops on the Ukrainian border

According to reports from the Prime Minister’s office, there was only one key topic in Tuesday’s phone conversation between Italian Prime Minister Mario Draghi and Ukrainian President Volodymyr Zelensky: the situation in eastern Ukraine, along with the massing of Russian troops on the border and the Western powers’ fear of an invasion in the coming weeks.

More details about the conversation came from the Ukrainian leader’s Twitter profile: it was “a fruitful conversation,” he wrote, focussing on security “around Ukraine” and “further steps on its de-escalation and peaceful settlement in Donbas.” He then expressed gratitude for Italy’s support for Ukraine’s sovereignty and territorial integrity.

A few hours before the phone call with Mr Draghi, Mr Zelensky gave an interview to La Repubblica. “The troops stationed by [Mr] Putin near our border carry the potential for blackmail,” he said, “against Western states first and foremost. When the number of Russian troops increases, the blackmail becomes worse, to the point where we fear aggression against our State or the entire region.”

“Russia started this war in 2014, and since then, we are used to any scenario,” he added. However, “the same cannot be said about other European countries. Germany, for example, recently prevented us from obtaining anti-drone guns and anti-sniper systems, which are exclusively defensive weapons, through NATO. Any democracy under aggression should have the right to acquire such weapons. Unfortunately, fear prevails in some European capitals.”

When answering to a question about Italy’s potential role in the crisis, Me Zelensky stated that “some may be afraid of Ukraine’s economic potential, but Italy and other countries will only benefit if Ukraine becomes a full member of the European community. Regarding peace talks with Russia, Italians have no less political clout compared to other States that are already involved in the negotiating effort.”

“Christmas is just around the corner, so now is the time for reaching a ceasefire, releasing prisoners creating the conditions for the free movement of people. I am sure that when it talks to Moscow, Italy will be able to voice its opinion. And that [Mr] Putin will not be able to ignore it.”

However, PM Draghi does not seem excessively worried about Russia invading Ukraine. “With Russia, we need to use what has been called ‘the policy of engagement’,” he said on Wednesday. “The fact that Putin has sought out President Biden shows that he wants to be part of the decision-making process that is taking place. This is not the attitude of someone who stands back and is ready to act, but of someone who wants to explore all diplomatic avenues for a balanced solution. We must not allow this moment to be interrupted.”

Nonetheless, Mr Zelensky seems to have noticed the intensity of the talks between Mr Draghi and Mr Putin, who have spoken each month for the past four months. And if they continue with the custom and timing of August, September, October and November, the two could talk again before Christmas.

As Carnegie’s Paul Stronski told Decode39, “Italy can make a difference. It is one of the largest European economies, the only one that can count on a stable government today” given Angela Merkel’s exit from the scene after 16 years in power in Germany and Mr Macron’s electoral appointment in the spring. Hence, the expert believes that “Italy is the natural candidate to lead European foreign policy and de-escalation with Russia.”

If Mr Zelensky’s objective is de-escalation through dialogue with Mfr Putin – which would also entail Moscow officially acknowledging him – then cross-contact through figures like Mr Draghi could be helpful to Kyiv, which might be hoping that by passing through Rome, the message will be amplified.