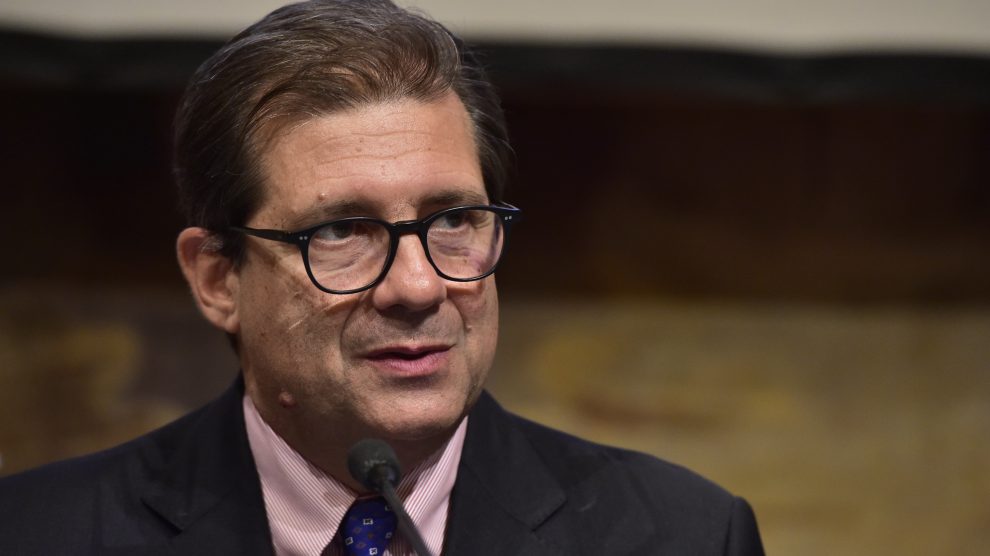 The Alliance is drawing up its new compass, to be unveiled in June. And Italy is well aware of the direction it wants to take. Read an analysis by Professor Fabrizio Coticchia (University of Genoa) and an interview by Ambassador Francesco Talò (Italy’s permanent representative to the Atlantic Council in Brussels)

“The fact that the exercise of strengthening the European Union’s security and defence policy – which we are already working on – is taking place while a similar strategic review process is being carried out in NATO, is vitally important.”

These words were uttered by Italian Defence Minister Lorenzo Guerini at a meeting of the EU’s Foreign Affairs and Defence Council, ahead of the approval of the Strategic Compass, the bloc’s strategic defence review document. “Improving the EU’s defence capabilities will contribute to strengthening the transatlantic relationship,” he added.

NATO will hold a crucial summit in June in Madrid. The new Strategic Concept is to be approved on that occasion. Thus, going beyond Mr Guerini’s words, how will Italy present itself at that appointment? In the terms of the Italian Chief of Staff’s own Strategic Concept, Italy must continue to adapt its military assets to guarantee its contribution to collective defence.

“Italy, which sees EU defence developments as complementary and synergic with the Alliance, has identified the wider Mediterranean as an area of strategic priority, repositioning itself accordingly in the regional and international scenario, and relaunching the national defence industry.”

This is according to Fabrizio Coticchia, Associate Professor of Political Science at the University of Genoa, in his book Verso un nuovo Concetto strategico della NATO. Prospettive e interessi dell’Italia (“Towards a new NATO Strategic Concept. Italy’s perspectives and interests, ed) by the Geopolitica.info study centre.

Professor Coticchia highlights three key issues. First, the definition of national interests that Italy upholds through its defence policy, including through its participation in NATO. “The continuing absence of a national grand strategy (as well as a structure akin to the US National Security Council) is a vulnerability that has yet to be resolved,” he argues.

Second, “the pressing need to initiate a structured, institutional reflection (together with academia, research centres, civil society, Foreign Affairs and Defence) on the lessons [we learned] on the ground” starting with the “dramatic epilogue of the intervention in Afghanistan […] Italian and European political actors are aware that this policy, based primarily on the military dimension, has not led and cannot lead to stabilisation objectives in the medium and long term without strengthening local governance,” he writes.

Thirdly, “if the Alliance really represents a ‘community of values,’ as policymakers (Italian and others) frequently say, ambiguities and connivance with authoritarian regimes guilty of constant and serious violations of human rights (even to the detriment of Italian citizens themselves) cannot be tolerated for much longer, thus undermining the very credibility of political choices, of the institutions that adopt them and of the actors that justify them.”

The latter message also concerns Italy, which only under Mario Draghi’s government is distancing itself from countries like China. It’s worth mentioning that less than three years ago, Italy was the first and only G7 country to sign the memorandum of understanding to enter the Belt and Road Initiative, aka the New Silk Road.

From the experience in Afghanistan, “we should not conclude that the Alliance should go beyond that fundamental inspiration based on the three main tasks of 2010,” explained Francesco Talò, Italy’s permanent representative to the Atlantic Council in Brussels, in an interview on the sidelines of the 14th Ambassadors’ Conference.

Mr Talò reminded the three main tasks, namely “collective defence, crisis management through operations (as in Afghanistan) and cooperative security through partnerships. Italy, together with an important group, believes that all three of these tasks should be confirmed,” explained the diplomat.

Although both the United States and the United Kingdom look to the Indo-Pacific, NATO – the North Atlantic Treaty Organisation – remains a regional alliance by definition, the ambassador recalled. “But, that being said, in a smaller world and with challenges coming our way, we have to have a global approach, a global vision to act locally in a context that is nonetheless very large.”

“This is also true for a country like Italy, a major exporter, a maritime power in the Mediterranean – which in turn is increasingly becoming a hub of fundamental traffic towards the East. All this requires awareness of these elements as well as maintaining the vision of an alliance with a defined area of activity.”

The diplomat also emphasised the importance of public-private cooperation in meeting the new challenges, citing the recent NATO Industry Forum hosted in Rome. The event, said Mr Talò, “saw [Italy acting] as a protagonist: institutions, research and companies worked together for our national interests and to maintain our technological advantage.”

The latter aspect should also be emphasised in the Strategic Concept, noted the diplomat. “The technological advantage that NATO – and the West in general – has enjoyed throughout its history is no longer taken for granted, and we must commit ourselves to maintain it by focusing on innovation, work with companies and industries, which are no longer just the traditional ones of the military-industrial complex.”

“The dual sector, linked to cutting-edge technologies that are pervasive and revolutionary, and the so-called emerging and disruptive technologies such as artificial intelligence – which has ethical and legal problems on which we Italians are very attentive – and quantum mechanics, to name but a few, are becoming increasingly decisive.”

A farewell? Unpacking Draghi’s end-of-year presser
How France and Italy are moving in Mali and the Sahel