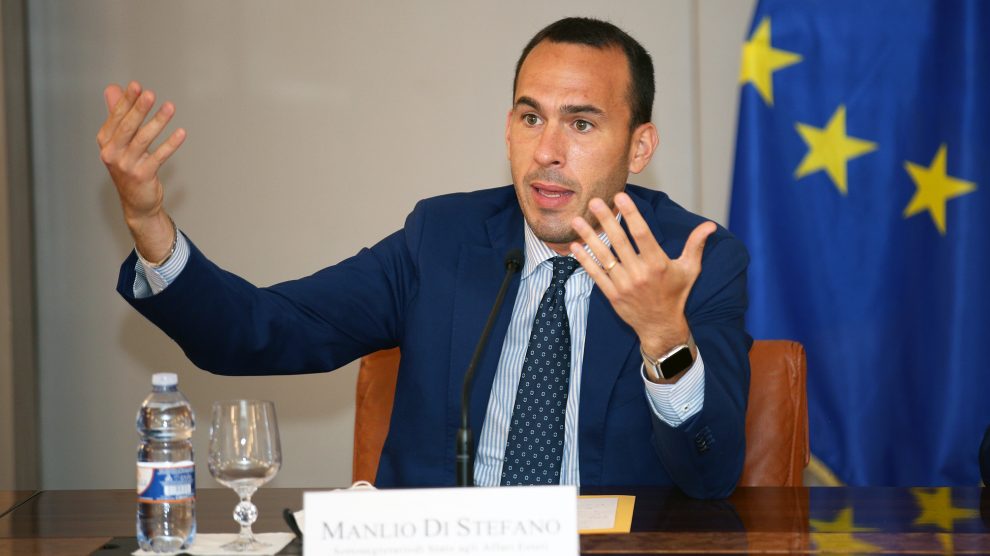 Rome worries about the situation in Kazakhstan, a trading partner as well as a key player in Central Asia that’s “decisive for regional stability,” as Undersecretary Di Stefano told Decode39

Italian diplomacy is following the chaos in Kazakhstan with apprehension. One of the closest satellite countries to Vladimir Putin’s Russia is currently in turmoil. Its main cities – Almaty and Nur Sultan – have been overwhelmed by large-scale street protests, sparked by an increase in fuel prices but underpinned by longstanding, festering public malcontent. But the uprising soon turned into a challenge to the regime of Nursultan Nazarbayev, the former president who remains the shadowy man of Kazakh power.

Amid the consequences of the crackdown that followed: hundreds have been arrested and dozens killed (by the regime’s own admission), internet has been shut down, police has been deployed in riot gear, and the puppet government has been forced into mass resignation by President Kassym-Jomart Tokayev. The next fortnight could present an even worse bill, as long as the state of emergency lasts.

The European Union is worried about the upheavals in the former Soviet country, the largest in Central Asia. Italy and Mario Draghi’s government are no exception. “Kazakhstan is a reference country for the stability of Central Asia, as well as an important Italian trade partner,” Undersecretary of State for Foreign Affairs Manlio Di Stefano – who is following the dossier from the Ministry of Foreign Affairs in contact with the Italian ambassador to Nur Sultan, Marco Alberti – told Decode39.

“In addition to being an important trade partner for Italy, Kazakhstan is a key player in the 5+1 format,” he added, referring to the diplomatic forum composed of Italy plus Kazakhstan, Kyrgyzstan, Tajikistan, Turkmenistan and Uzbekistan. Behind the diplomatic composure lies the Ministry’s concern for destabilisation in the area, where Italy has bet a great deal lately, not only in economic terms.

Let us take a few steps back. Five months have passed since the Taliban regained power in Afghanistan, in mid-August. In the aftermath of the fall of Kabul, the Italian government – which chaired the extraordinary G20 summit in Rome – played a leading role in defining a European strategy for Central Asia, with a particular focus on migration flows.

The bottom line, shared by the Member States at the Justice and Home Affairs Council of August 31, amounts to helping the Afghans “close to their home”. In other words, supporting the Central Asian countries with funding and logistics to create a security buffer around the Afghan borders and manage the mass exodus from the newly-formed emirate and possible terrorist infiltration.

These countries include Kazakhstan as well as Kyrgyzstan and Tajikistan, together with Pakistan and Iran. Thus, a political earthquake in Nur Sultan – along with an eventual domino effect in the region – risks blowing up this security perimeter. Confirming that the presence in Central Asia was – and is – a tactical necessity for Italy and the EU, Foreign Minister Luigi Di Maio visited Uzbekistan, Tajikistan, Qatar and Pakistan a few days after that meeting in Brussels.

In December, together with Undersecretary Di Stefano, he also travelled to Tashkent, Uzbekistan, to talk with his counterparts from Kazakhstan, Kyrgyzstan, Tajikistan, Turkmenistan and Uzbekistan and with the EU Special Representative for Central Asia, Ambassador Terhi Hakala. Once again, the talks’ centrepieces were Afghanistan and the risk of a domino effect linked to internal difficulties in neighbouring countries, which in turn are exacerbated by the pandemic.

For instance, suffice it to think that young Kazakhs are at greater risk of becoming radicalised. Social and economic conditions of the most disadvantaged population groups might favour the phenomenon, along with infiltrations from the bordering Central Asian Republics and Xinjiang, a Chinese region with a robust Uyghur presence.

President Putin’s Russia, which has a historical ally in the “father of the nation” Mr Nazarbayev, is also keeping a close eye on the situation in the country and elected to send troops in a “peacekeeping” mission. The situation might favour the tightening of relations with President Tokayev, who has dismissed the government and imposed a curfew, replicating what has already happened with Alexander Lukashenko in Belarus.

The former Central Asian Soviet republics are part of the Russian value chain. They are also an object of interest for China (via the Belt and Road Initiative), Turkey (which wants to build a single strategic bloc in Central Asia) and Iran (which seeks influence in the area as an outlet for limitations in the Middle East).

This is why, as of today, the Kazakhstan dossier is at the top of the Italian diplomatic agenda. Decode39 understands the Ministry of Foreign Affairs is working incessantly, despite the difficulties linked to the fact that neither telephones nor internet are working in the country.

German-Italian “action plan” to be signed by mid-year
Quirinal manual: how the election of the next Italian president will play out