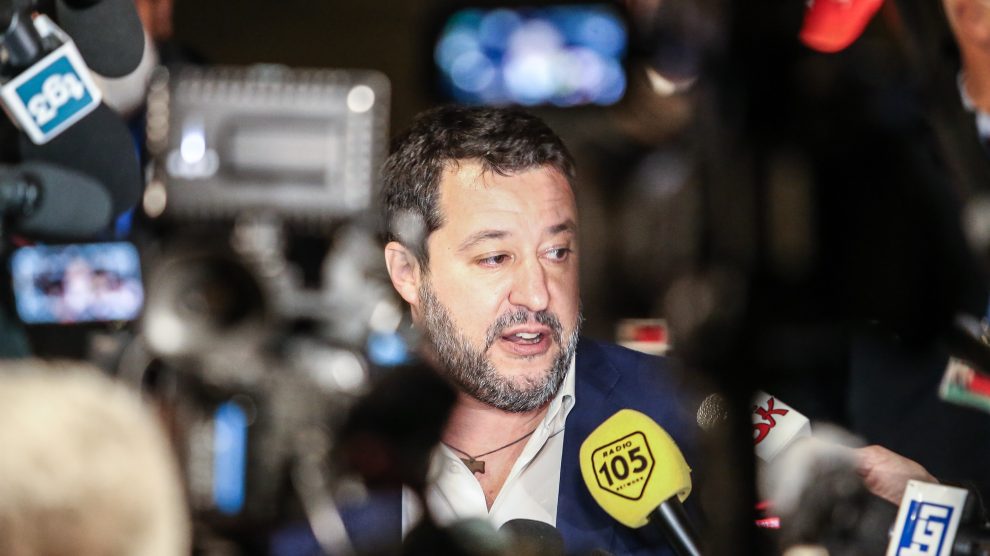 The leader of the centre-right coalition wants to rejuvenate it by federating its components into an American Republican Party equivalent. But that’s not going to be easy. Grover Norquist (GOP) has some advice

The presidential elections dealt a devastating blow to the centre-right coalition. But the League’s leader Matteo Salvini, who led it, wants to put the pieces back together in a novel way: a federation modelled after the American GOP, designed to win over the government.

The re-election of Sergio Mattarella as president of the Republic has shattered the Italian right. Amid palace plots and negotiations that ended badly, the three parties of reference for Italian conservatives ended up taking three different paths.

Fratelli d’Italia, Giorgia Meloni’s right-wing party that’s likely to rock the house in the next general election, opposed the president’s encore. Forza Italia, the political creature founded by the former centre-right federator and former PM Silvio Berlusconi, is sailing through troubled waters and might not make it to the finish line.

Meanwhile, Mr Salvini’s League remains within the majority that supports Mario Draghi’s government. Hence his idea: the political leader, who is known as “the Captain” among his loyalists, wants to found a new Republican party. Or at least something that looks a lot like it.

Grover Norquist has some advice for the League and the Italian centre-right. The president of Americans for Tax Reform, who is among the best-known tax opponents in Washington, DC and a longtime Republican, believes that “if you want to govern, you have to present yourself as a force capable of governing.”

Speaking to Decode39, Mr Norquist noted that a conservative party modelled after the GOP “must first and foremost solve problems, propose solutions. Claim that it can and does govern. Limit government when it expands too much and hurts the economy, from growth to wages.”

“If you focus on one single battle, such as immigration,” continued Mr Norquist, “people will ask: are they capable of handling national security?” A thinly veiled reference to Mr Salvini’s notorious old habit of engaging in incendiary anti-immigrant rhetoric, though he’s dialled it down considerably as of late.

Many, however, are sceptical of Mr Salvini’s latest idea. Importing the Republican model to Italy is no mean feat. One former advisor to President Barack Obama, Alec Ross, is convinced that the current Italian landscape lacks the right conditions.

“Certain movements tend to grow and assert themselves when things are going badly for a country, from a social, economic and even political point of view,” he told La Stampa. In Italy, he continued, “things are going better, and this increases the level of optimism.” Thus, there are no conditions for Trump-style personalities to emerge.

However it goes, “federating” the Italian centre-right will be an arduous task. At the moment, Ms Meloni shows little interest in the experiment. Her party is the only one sitting in the opposition; according to the polls, it will garner its fill of votes in the 2023 elections.

For Mr Salvini, the going gets tough. Mr Norquist has some advice in light of his long experience in Washington. “In a conservative coalition, there can be different trends and currents. It happens here in America, too: some focus on pro-life policies, some on the Second Amendment, some on gun sales. One thing unites all Republicans: no one wants the government to raise taxes.”

According to an Italian adage, “only two things in life are certain: taxes and death.” If the Italian centre-right wants to avert the latter, it must avoid the former. “Immigration attracts people’s attention, I understand that, but it cannot be the only issue.” In short: one must solve problems, propose solutions.

Mattarella re-elected: what it means for Italy and the EU
Unpacking the US freeze of Egyptian military aid