Home » Unpacking the US freeze of Egyptian military aid 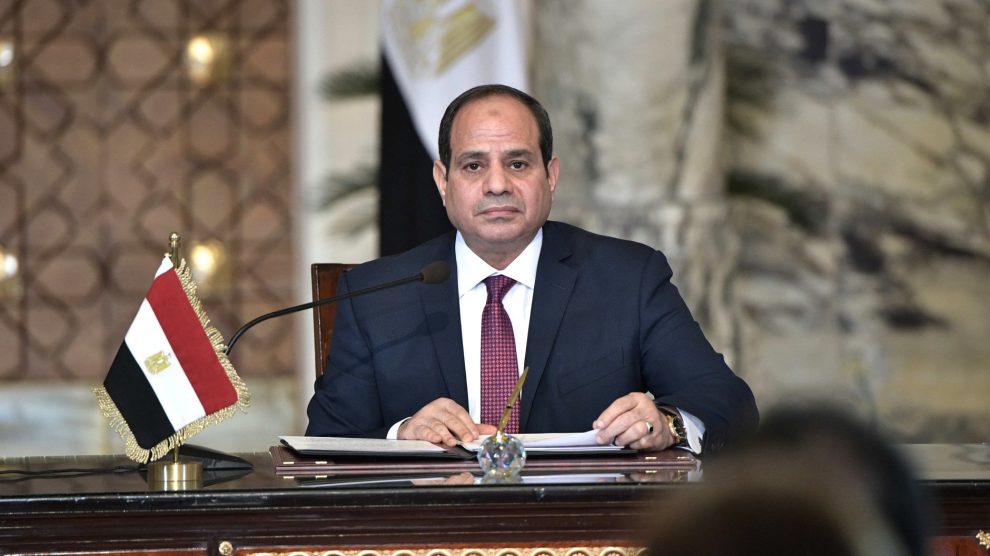 Great powers deal with great quandaries. Washington must balance its value-based approach with its reliance on regional allies in the MENA area. Varvelli (ECFR Rome) sheds light on the American dilemma

Following a procedure initiated last year, the US government will block the $130 million in military aid promised to Egypt. The reason: General/President Abdel Fattah al Sisi has failed to make “substantial progress in respecting human rights” by 31 January 2022, according to an explicit request made by Washington and included in a report dated 30 March 2021.

The Trump administration had already taken an identical decision in August 2017. $96 million in aid was blocked, and even more were frozen, partly because of links between Egypt and North Korea; the funds were released the following year.

The event impacts Italy. The Biden administration’s report also mentions Egypt’s refusal to initiate legal proceedings to investigate the intelligence service agents believed to be responsible for the murder of Italian academic Giulio Regeni, and the torture and illegal arrest of an Italy-based student, Patrick Zaki. Moreover, US-Egypt relations affect the Mediterranean, given Egypt’s centrality in most regional dossiers and the (evolving) US role in the region.

The new blockade, provisionally set in September, concerns no more than 10% of the annual military aid granted to Cairo by Washington. Joe Biden’s presidency has promoted democratic rights and values as a strategic element, a vector of international relations. Therefore, it cannot ignore the journalists gagged and illegally detained by the Egyptian government; the same fate befalls opponents of President Sisi’s power bloc.

These moves partly concern the Democrat’s ideological foundations, especially those of a subgroup that is growing in terms of consensus and weight within the party. They would have cut the aid by 300 million instead of 130. President Biden must reckon with them.

There’s another reason for the White House’s choice: the confrontation between models: democracy – led by Washington with European support – and authoritarianism, represented by China and Russia.

This latter model is, with all likelihood, increasingly attractive to environments such as Egypt, or in the dynamics of other African countries, or even in the Gulf kingdoms. In fact, the United Arab Emirates and Saudi Arabia have been subjected to similar decisions by the Biden administration.

Take the official presence at the opening ceremony of the Chinese Winter Olympics. For instance, Mr Sisi will attend, while many democratic states have decided they’d go with a diplomatic boycott in the face of Beijing’s failure to respect human and civil rights in several contexts, such as Xinjiang.

However, Washington’s decision is more symbolic than substantive – so much so, that the international NGOs dealing with Egypt are anything but satisfied. A $2.5 billion deal had hit the headlines just a few days before the White House reminded the media of this step: 12 C-130 military transport aircraft and some American-made radar systems were sold to the Egyptian armed forces. It should be noted that both sales and assistance are always regulated by the political decision-maker, even though the former are (free) aid and the latter are business.

Washington needs to approach the dossier with pragmatism, as the alliance with Cairo is necessary. Egypt, which works on the Sinai in tandem with Israel, is a central actor in the fight against jihadist terrorism, an area that takes the largest share in military aid. It’s also a central actor in multiple regional dynamics, in the wider Mediterranean and Libya, in Suez and the Horn of Africa, expanding towards the Persian Gulf and the Sahel. Areas where Washington must count on these partners to excel against other rival powers.

Thus, the State Department explained in its public note that Egypt has made “considerable progress.” Regarding the sale of the C-130s, it explained they would have strengthened “an important non-NATO ally” and “important strategic partner”. Words that photograph what Arturo Varvelli, head of the Rome office of the European Council on Foreign Relations, calls a “dilemma situation.”

“In the past, Westerners often found themselves dealing with it. Starting with the Americans when they moved in the Middle East,” the expert told Decode39, “and Egypt has always been a special case in this kind of situation. The dilemma is between a policy that takes more account of values and a more realistic one. The latter was embodied when President Nasser sought funds for the Aswan dam and, when faced with the refusal of American funding, approached the USSR.”

According to the director of the pan-European think tank, this is a US alert, a small message carrying less weight than the total US-Egypt relations, aid and military trade. Still, China and Russia do not place any similar constraint, and this could produce the “welding of a strategic nature between these two powers and certain countries like Egypt.” The establishment of this kind of lasting relations is a risk, he added; “all this is part of the American disengagement from the region.”

According to Mr Varvelli, these situations show why and how the American commercial, economic, military and political presence in the area is “fundamental” to prevent the African and Asian continents from slipping completely under Russian and Chinese influence. “The axis between Moscow and Beijing is consolidating, and it’s also allowing the Russians to act in the harsh way we see in Ukraine, since they feel that Beijing has their backs.”

Dreaming of the GOP: Matteo Salvini’s gamble
Russia is behind Libyan elections delay, says US