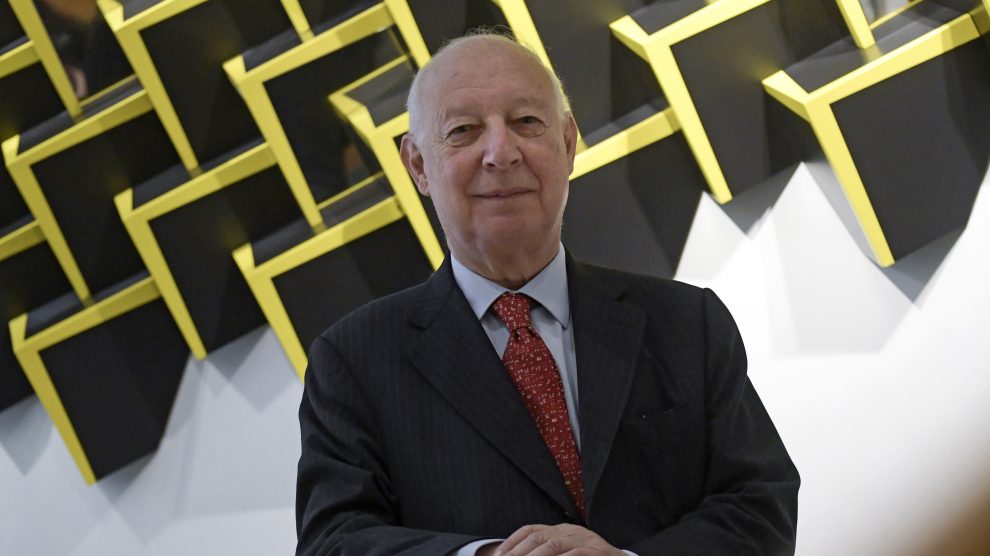 The president of the NATO Defense College Foundation and former NATO deputy secretary responds to Karaganov, Putin’s advisor. Those who hurl accusations and rants against NATO stoke the flames of war in Europe - but the Kremlin’s version is thin, he says

The following is a response to Sergei Karaganov’s op-ed, “It is not about Ukraine” (read here)

The current crisis makes us see old wounds again, forces us to revisit the 1990s that we thought were behind us, shows us rows of tanks in the snow, raises the possibility of a war in Europe.

On the Russian side, the dissolution of the Soviet Union is seen as a tragedy that imbued the end of the Twentieth century with its own significance. The Russian president has said as much several times. He feels the West is not listening to him, even if this is inaccurate. In his opinion, Russia’s interests are not taken into account at all. He sees hostile powers, which are summarised in NATO, coming threateningly close to the homeland’s borders.

Moreover, Russia feels distant from Ukraine and its government. The latter’s independence is seen with distress, although it could implicitly be accepted if the country remained tied to the old Motherland. Incidentally, this aggressiveness is stirring up Ukrainian nationalism.

Only by beginning from this line of thinking can one understand the gravity of the current crisis. Vladimir Putin has decided that his interlocutors can only hear him if he raises the tension to the maximum, up to the limit of a bloody war. The pending threat would be the only way to make himself heard and to receive political and military quid pro quos, which he would not be able to obtain in any other way.

He believes this is the right time to raise the level of the crisis, with an American administration that’s not entirely up to speed and a Europe that has been weakened by the pandemic and the political differences between EU countries.

In this, Russia underestimates the Europeans. While it is true that Russia may be militarily superior, we mustn’t forget that the EU is a mighty soft power with highly developed economies and technological capabilities. It could decide on severe sanctions, even if these could eventually prove of great benefit for Russian growth.

From that point of view, Russia never considered the EU central, whereas it did so with NATO, which is opposed and feared at the same time. Perhaps “NATO” for Moscow is a smokescreen for a more complex whole. Ukraine has not applied to join the Atlantic Alliance and, even if it did, the process would not necessarily result in full membership.

I deem it very unlikely – within reasonable expectations – that Kyiv could become a member of the Alliance. On the other hand, how can one set in stone that an independent country of 50 million inhabitants cannot decide on its own international positioning?

One can well understand the regret for Russia’s historical dimension until the dissolution of the USSR in December 1991. Still, decisions such as adhering to NATO must be taken within Ukraine only – and it’s impossible to rewrite history. Clearly, this is a time for diplomacy and frank discussion without prejudice.

From Poland to Bulgaria, independent countries requested and obtained membership of the Atlantic Alliance in the early 2000s, after several years of waiting and negotiations. These were unsolicited choices by independent states, conducted transparently. It may not please the Kremlin, but why should it be considered a threat?

Certainly, no one thinks that Washington or Brussels didn’t make mistakes – at least in terms of information and tone. But that is not a good reason to go to war. Let us hope that, in the end, a good negotiation will lead to a relaxation of tempers, a reduction in armaments, a constructive and not hostile dialogue.

If we think about it, Western Europe has also been through bloody wars in the not too distant past, but we may affirm that a collection of civilised and democratic countries emerged from this. Russia fears encirclement, and one can understand the historical dimensions of this sentiment. However, it does not seem to be current nor justified.

The Russian people were proud of their role as a superpower. We gladly recognise that it is a great country with a great culture and cannot doubt this; in fact, perhaps we could do more on this level. In any case, it remains a very important country, and we hope that sooner or later it returns to the wider European house.

However, this does not mean that we have to approve of the policy on fundamental security issues set out by Moscow’s rulers. In this respect, the bilateral talks at the summit between the Russian and American presidents confirm this status.

In conclusion, we need to tone down the rhetoric on all sides, and Mr Karaganov’s statements do not help us at all. Nobody wants to attack, encircle or disregard Russia’s importance. If there are misunderstandings, they can be dealt with dialogue – as we now hope.

No one can seriously think that there will be a war in the heart of Europe in 2022.

Read Sergei Karaganov’s op-ed, “It is not about Ukraine”, here

FM Di Maio travels to Kyiv and Moscow. Here’s the Italian line on Ukraine
It is not about Ukraine. An op-ed by Putin’s advisor