Home » Lights and shadows of the new Libyan government, according to Mezran 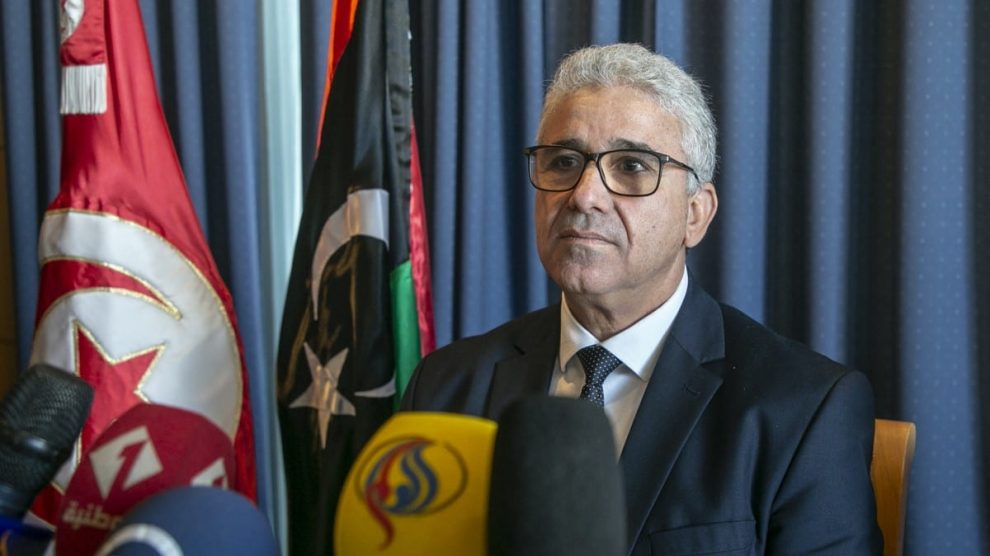 There are two ways to read the situation in Libya: the new government may give a boost to stabilisation, but it may also create risky conditions, says Karim Mezran (Atlantic Council)

The first consequence of the new government’s appointment in Libya, which the Chamber of Deputies has entrusted to Fathi Bashagha, has been a mobilisation of militias. Those loyal to the outgoing Prime Minister Abdelhamid Dbeibah defended the government building. They were led by Salah Badi, an opportunist militiaman who often changes his colours (according to his interests). Those loyal to Mr Bashaga, former Minister of the Interior of the ONU-backed Government of National Agreement (GNA), moved towards the capital.

The balance is delicate. Both Mr Dbeibah and Mr Bashagha are from Misrata, as is Ahmed Maiteeg, former vice-president of the GNA and mediator behind the dialogue between the two regions of Cyrenaica and Tripolitania, which began in the deconflicting phase of autumn 2020 and is currently ongoing. Benghazi militia leader Khalifa Haftar is part of the plan to move the process forward and should take part in the power-sharing, as Karim Mezran, director of the North Africa Initiative at the Atlantic Council’s Rafik Center, explained.

“There are two ways to read the situation,” he told Decode39. On the one hand, Mr Dadaiba’s ousting may be read as a positive development, because under his government “the level of corruption has increased” to “very high levels, even by Libyan standards, which are certainly not impeccable.” The new executive is composed of “valid political personalities” and “political counterweights will be created with General Haftar and Agila Saleh (the president of Parliament, ed.) to integrate both of them, and their men, into important ministries.”

On Sunday, amidst militia movements, the High Council of State (a sort of Libyan Senate, led by Khaled Mishri) confirmed its support for Mr Bashagha’s appointment. On the same day, the UN Secretary General’s representative for Libya, Stephanie Williams, met both Mr Bashagha and Mr Dbeibah. The aim is to avoid unrest – i.e. the beginning of armed conflict, in less delicate terms.

The UN did not immediately accept Parliament’s willingness to trust the new government. Still, Ms Williams specified that “the political process in Libya is Libyan-driven and Libyan-controlled” and reminded that “2.8 million Libyans have registered and intend to go to the polls.” The Bashaga government is tasked with bringing the country to a vote within 14 months, since the presidential and parliamentary elections set by the UN on December 24, 2021 were postponed for a month and then skipped again.

“There is, however, a pessimistic way of looking at things,” explained Mr Mezran. The current situation could prelude Mr Haftar and Mr Saleh entering Tripoli, gaining control of the army and taking over the country. “In other words, it all depends on the ambitions of these two central figures in the east.” The biggest risk, said the expert, is [Mr] Haftar himself: the possibility that he could somehow get his hands on the army and launch a coup, which “would not be surprising.”

The Atlantic Council expert also believes another delicate issue is the balance in Misrata, a city-state that has always defended the various UN governments, both politically and militarily. A “Bashagha versus Dbeibah” conflict “could divide Misrata”, he said, noting that this would require external figures to intervene and fix matters. “The balance is precarious, because now everyone seems to be interested in a deal, in some internal agreement that can guarantee everyone’s interests. Even [Mr] Dbeibah, who has created a stronger circle with his time in government,” explains Mr Mezran.

Meanwhile, both the pessimistic and the optimistic scenarios fit in the broader context, which includes extra-Libyan dynamics. “A lot depends on Turkey, Russia and Egypt, which are the foreign forces with men on the ground. Beyond political and diplomatic talks, they are the ones you have to deal with” said the expert. “A very influential figure in Libya once told me that in his country whoever has the longest gun is in charge. Will they be interested in measuring the length of their guns, or in participating in a system of checks and balances to ensure stabilisation?”

How Italy (and the EU) is reducing its Russian gas dependency
FM Di Maio travels to Kyiv and Moscow. Here’s the Italian line on Ukraine