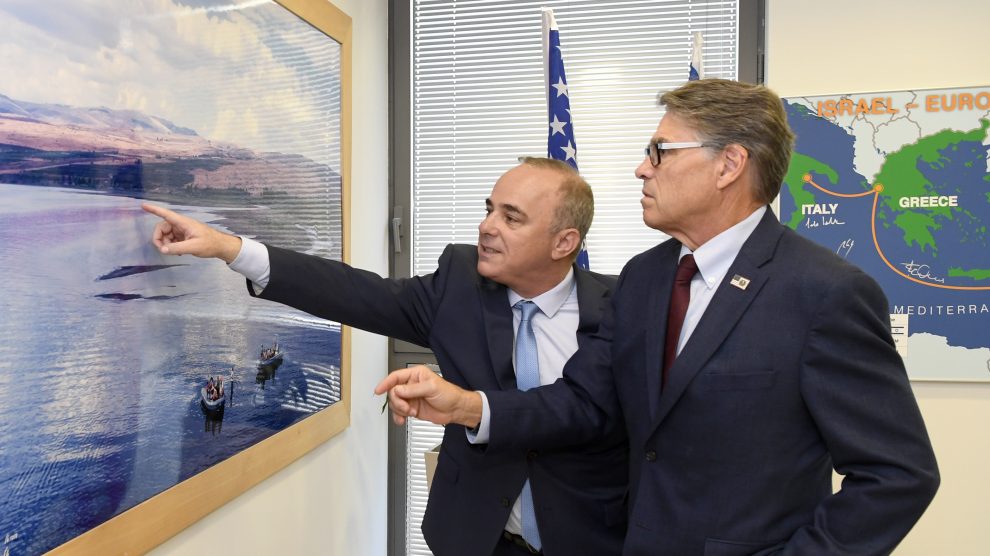 “The challenge of energy goes beyond the emergency of war,” said Italian PM Draghi. The Democratic Party is pressing the government to resume the East Med gas pipeline project. And Israel and Washington seem to be warming up to the idea

As the war in Ukraine continues to drive energy prices upwards, discussions have rekindled around EastMed, the 1,900-kilometre gas pipeline that could connect Israel to the region of Apulia, in southern Italy.

After the initial sprint to build it in 2015, partially thanks to Eni’s discovery of the Zohr gas deposit, the project was halted by the Biden administration.

Now, however, Italian Prime Minister Mario Draghi is stressing Europe’s need to free itself from Russian energy dependence. “The challenge of energy goes beyond the emergency of war,” he said on Friday after a meeting with his counterparts from Spain, Portugal and Greece.

“Europe is now aware of the need to accelerate the diversification of natural gas sources and the production of renewable energy. The southern shore of the Mediterranean and southern Europe will play a fundamental role in this process, to the benefit of the entire European Union.”

A few hours before that meeting, three members of the Democratic Party issued a statement supporting the pipeline. Those were Pina Picierno, Vice President of the European Parliament; Alberto Losacco, a member of parliament from Bari, and Fabiano Amati, a councillor of the Apulia region.

The trio formally asked the government “to resume the procedure for the construction of the EastMed gas pipeline, capable of bringing gas to Europe along the route Israel, Cyprus, Greece, Italy, with a landing in Apulia.”

Apulia is becoming a hub for the government’s energy strategies, from gas to wind power. The company behind the TAP pipeline is planning to double its capacity, while four new wind farms are being constructed in the Foggia area. Also, Rome recently greenlit requests from energy majors to search for gas in the sea.

“It is important to work on this issue, welcoming the benefits of the historic friendship with the state of Israel and to achieve greater energy autonomy from Russia,” the statement also explained.

“Pipelines in general and political work to reduce dependence on Russia and diversify suppliers is a matter of peace, environmental security and prosperity. This is why we hope to reactivate contacts with the Israeli government and intensify all efforts for the realisation of the EastMed pipeline, going beyond the hesitations expressed a few years ago and in a completely different historical context from the current one.”

Israel: Steinitz (Likud) and his take

While the Democratic Party is pushing for the pipeline in Italy, Likud (also known as the National Liberal Movement) is doing the same in Israel. Yuval Steinitz, former energy minister under Benjamin Netanyahu, called on the government led by Prime Minister Naftali Bennet and Foreign Minister Yair Lapid to give top priority to the construction of the pipeline.

Mr Steinitz stressed that amid the current spike in global energy prices and the serious shortages of natural gas in Europe, it is crucial to promote Israel’s ability to export gas directly to Europe through the Mediterranean.

Italy’s energy industry is also in favour of EastMed. That includes Nicola Monti, CEO of Edison, a company that guarantees 20% of Italian gas demand.

The prospective pipeline “would allow us to tap into huge, proven reserves, opening up a new supply route to the Eastern Mediterranean and bringing gas directly to Europe without passing through non-EU countries,” he said in a recent interview with Formiche.net.

Mr Monti explained that it would take roughly four years to complete the pipeline, which could carry over to Italy about 10 billion cubic metres (bcm) a year, and later be capable of doubling that amount.

“The infrastructure would also be suitable for transporting hydrogen, thus meeting the need to continue the energy transition. The project is included in the Fifth List of the EU’s Projects of Common Interest (IPCEI) and is the only existing diversification project at a good stage of development.”

After halting the project for reasons of economic sustainability— a decision appreciated by President Recep Tayyip Erdogan of Turkey— the United States also showed signs of willingness to resume it.

“After the latest developments, we will take a fresh look at everything,” said Dr Andrew Light,  Assistant Secretary of State for International Affairs and Environment.

“We have not only the green transition, but also the transition away from Russia,” he added, highlighting Washington’s support for Europe’s energy transformation, while speaking at a recent conference discussing Europe.