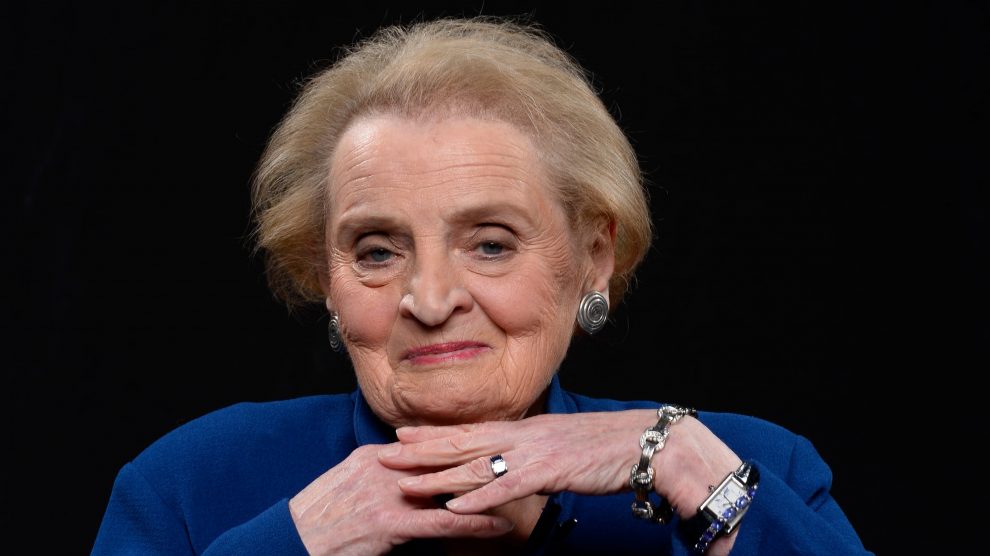 We receive and publish an obituary by Kathleen Doherty, former United States Ambassador to Cyprus and Deputy Chief of Mission in Rome.

Secretary of State [Madeleine] Albright was a trailblazer, the first woman to lead the State Department – she was a role model and mentor to all women who worked in national security and foreign affairs. We now knew we would not only have a seat at the table but could be at the head of the table.

When she was Secretary of State, I was an advisor to the Deputy Secretary of State, Strobe Talbott. I remembered the morning of the 1998 bombings of our embassies in Kenya and Tanzania where she walked down the hall into the Principals’ conference and said this is one of the darkest days in our times. She was Secretary of State during the pre 9/11 period but the world was tumultuous and dangerous: the reign of Slobodan Milosevic and the resultant deaths of thousands in Kosovo; the struggle for peace in the Balkans, escalating tensions between the Israelis and Palestinians, and more.

She led with a steely and steady hand and a determination that grew from her personal story. She was a giant in every way, except for her diminutive size.

I also have had the privilege of working for the risk advisory firm she founded 20 years ago the Albright Stonebridge Group, for the past year. She was proud of the firm she created and the positive contributions it has made to the world.

Chinese sights on Italian robotics: a new test for the gov’t
European Defence? Not with this Compass, says Camporini