Home » European Defence? Not with this Compass, says Camporini 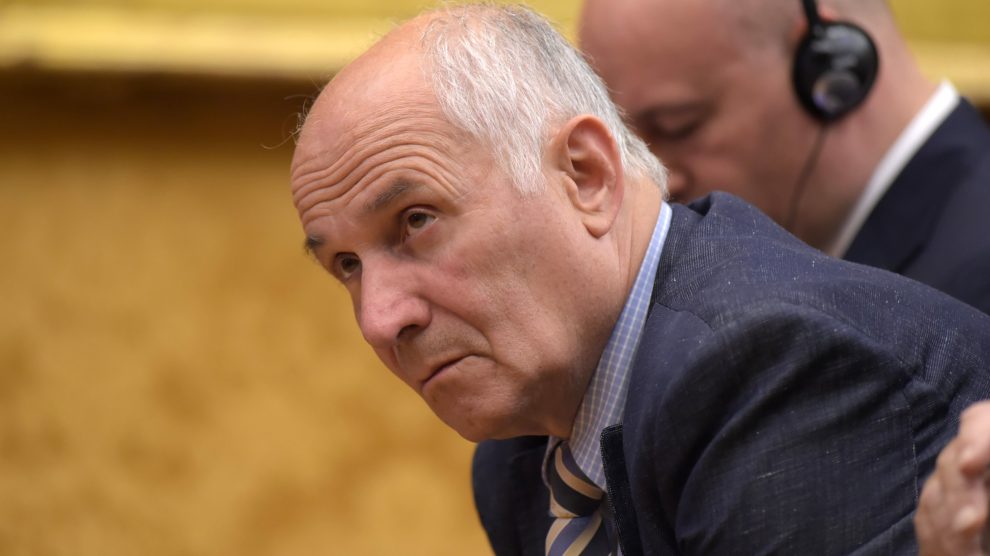 The Strategic Compass shows the way towards the future, but we’re far from having a clear agenda, says General Vincenzo Camporini, former Chief of Staff of the Italian Defence. There are lingering doubts about the real meaning of “strategic autonomy”, and without a clear definition, real progress towards a common European defence framework will be difficult

The concept of “strategic autonomy” remains a sticking point in the Strategic Compass. Many still wonder if it should be understood as part of a common transatlantic policy, or as an alternative to it. In the latter case, it would be an “absolutely unrealistic choice, and the community of countries and peoples who believe in democracy would be shattered”. Thus spoke General Vincenzo Camporini, former Chief of Staff of the Italian Defence. Here’s how the general took stock of the new European paper.

The Strategic Compass has been approved. This document, which was supposed to provide a geopolitical compass for Europe, was surrounded by high expectations. What do you make of the final result?

It isn’t devoid of substance, but we are still a long way from having a clear and concrete agenda for where we want to go. The differing views among the 27 member States still make it hard to decide how to move forward. Each state has its own agenda, which does not always coincide with those of others. We ultimately have a document that does show the road, but that road is riddled with obstacles. In any case, there is still a very long way to go.

Does the Strategic Compass contradict the Italian line, which places the defence of the Old Continent within the transatlantic framework?

Beyond denying the Italian line, the key issue is that there are different visions regarding fundamental international relations among the various EU countries. The matter revolves around what meaning we want to attribute to the concept of “strategic autonomy”. If by strategic autonomy we mean the ability to act autonomously within the framework of a common transatlantic policy, that’s fine; it’s a position I feel I can support, too, and it’s the position supported by the Italian government.

On the other hand, if we mean the ability to break away from the transatlantic relationship and act in a totally differentiated manner, potentially even in contrast, the scenario is unsustainable. Not only would it be an absolutely unrealistic choice, it would break up the community of countries and peoples that believe in democracy, respect for the law and human rights. This is also written in the preamble to the North Atlantic Treaty, a beautiful piece of diplomatic literature that’s too often forgotten.

Which measures do you deem insufficient?

The number of units foreseen in the European Force (the 5,000-strong Rapid Reaction Force, editor’s note) is a ridiculous measure. A comparable force, such as the Battle Groups, already exists within the framework of the European agreements. No one has ever formally disavowed them – so, theoretically, they are still current – and above all no one has ever dreamed of employing them in an operation.

The size of this Rapid Reaction Force is similar, it does not allow for operations other than symbolic ones. Today, to maintain order in Kosovo, NATO deploys 3,800 men. So we are speaking of a roughly analogous force. I wonder if this is the highest ambition of the European Union.

Does the document outline concretely the EU’s relations with NATO and other international partners?

I wouldn’t say so. They are not included, due to the lack of a definition of “strategic autonomy”. This Concept is intended to unambiguously structure both the bloc’s relationship with NATO and its relationship with other partners. If that term cannot be clarified, it will be difficult to make progress. There have already been second thoughts in Europe that ultimately prevented concrete developments. I hope that my misgivings are due to past caution, and that the intentions the document really expresses in the document. I will be happy if my fears prove unfounded.

What do you think about the indication of strengthening common intelligence capabilities through the EU Single Intelligence Analysis Capacity?

Intelligence capabilities are one of the key elements of the concept of “national sovereignty”. For this reason, countries are extremely reluctant to pool their capabilities. If this step is actually taken, then we will truly be on the road to the “ever closer Union”. From a semantic point of view, I only observe that the EU Single Intelligence Analysis Capacity refers exclusively to an information analysis capacity. The problem relates to how the information arrives; if Member States share this information without hesitation once it’s collected, then we will effectively have a capacity for joint analysis. Right now, the problem is whether the information is provided: something that, so far, is not guaranteed at all.

In your opinion, what content should have been included in the document?

The enlargement of the concept of qualified majority.