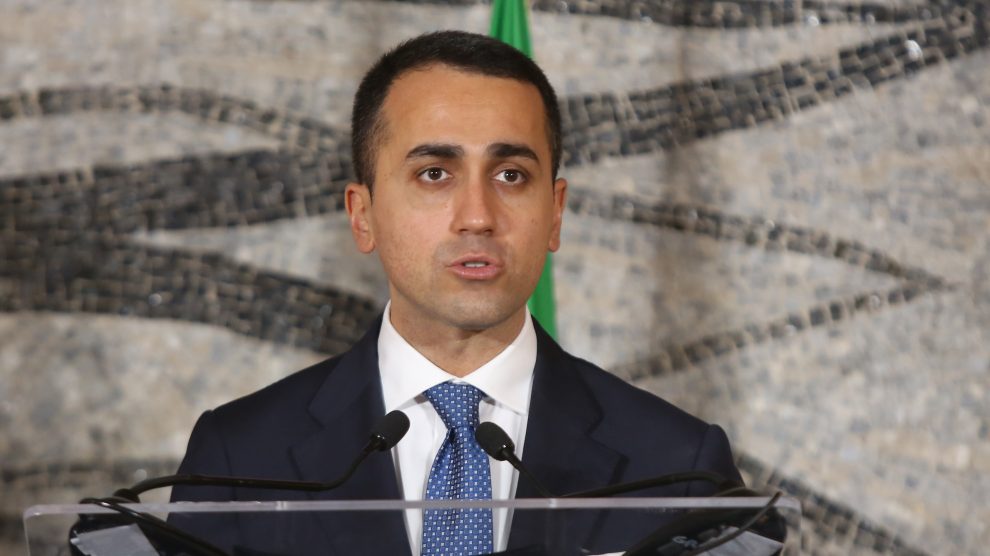 The decision, taken in coordination with France and Germany, is intended to send a strong signal to Putin (after the horrors of Bucha) and to Moscow’s intelligence officers who work under diplomatic immunity to sow chaos or recruit agents

Following his instructions, Ambassador Ettore Sequi – the secretary-general of the Ministry of Foreign Affairs – summoned the Russian Ambassador to Italy, Sergey Razov, to notify him of the Italian government’s decision.

“This measure, taken in agreement with other European and Atlantic partners, became necessary for reasons related to our national security,” explained Mr Di Maio, “in the context of the current crisis resulting from the Russian Federation’s unjustified aggression against Ukraine.”

Decode39 understands the list was drawn up on Monday during a meeting between Prime Minister Mario Draghi and Franco Gabrielli, the government’s undersecretary who oversees the Republic’s security.

Our sources explained this happened following contacts with Germany and France, both from the government’s and the ministry of foreign affairs’ offices, demonstrating the close coordination between the allies.

Indeed, Berlin and Paris announced the expulsion of 40 and 35 Russian diplomats, respectively, on Monday. “[They] have been working here in Germany every day against our freedom, against the cohesion of our society,” said German minister Annalena Baerbock. “We will not tolerate this any longer.”

On its part, the French foreign ministry stated that France had decided to expel several Russian staff members with diplomatic status “whose activities are contrary to our security interests.”

On Tuesday morning, Denmark also decided to eject 15 Russian diplomats. Before that, Poland had expelled 45, Belgium 21 and the Netherlands 17.

The Baltic countries, led by Lithuania, went even further, announcing the expulsion of the Russian ambassadors and the downgrading of diplomatic relations with the Russian Federation on Monday.

The European countries’ decisions are connected to the horrors of Bucha and the desire to send a strong and united signal to Vladimir Putin’s Russia. It’s also a warning shot toward the activities of Russian intelligence officers who operate under diplomatic immunity in European countries.

For instance, their activities often include sowing chaos by feeding disinformation or recruiting agents – like Walter Biot, an Italian Navy officer who stands accused of having passed secret documents to Moscow.

A few days ago, the Financial Times ran an article titled “Tip of the iceberg: rise in Russian spying activity alarms European capitals”. The subtitle stated even more eloquently that “[i]ntelligence agencies have been slow to respond to the growing scope of covert Kremlin operations overseas.

In the article, Gustav Gressel – an analyst at the European Council for Foreign Relations – remarked on the need for “a very co-ordinated foreign and domestic intelligence operation to try and foil a lot of this activity,” adding that “[a] lot of the security bureaucracies in Europe are just not up to this.”

A few lines later, the FT article quoted an anonymous official explaining how expulsions and the destruction of Russian networks are not the only viable tool. “The bigger prizes are to persuade agents to switch sides or to deliberately misinform them. Offence is often the best defence — especially when things get ugly, as they are now […] It can be a good time to recruit.”

A Russian reaction to the expulsions is likely, as it always takes such countermeasures and not doing so would be a sign of weakness. Thus, European countries must also prepare for the reaction against their own diplomats in Moscow. This is why the Italian government and foreign ministry have maintained the utmost secrecy on the matter in the past hours.

What do Italians think of the war in Ukraine?
Gas, roubles and speculation. An industry insider reveals Putin’s bluff