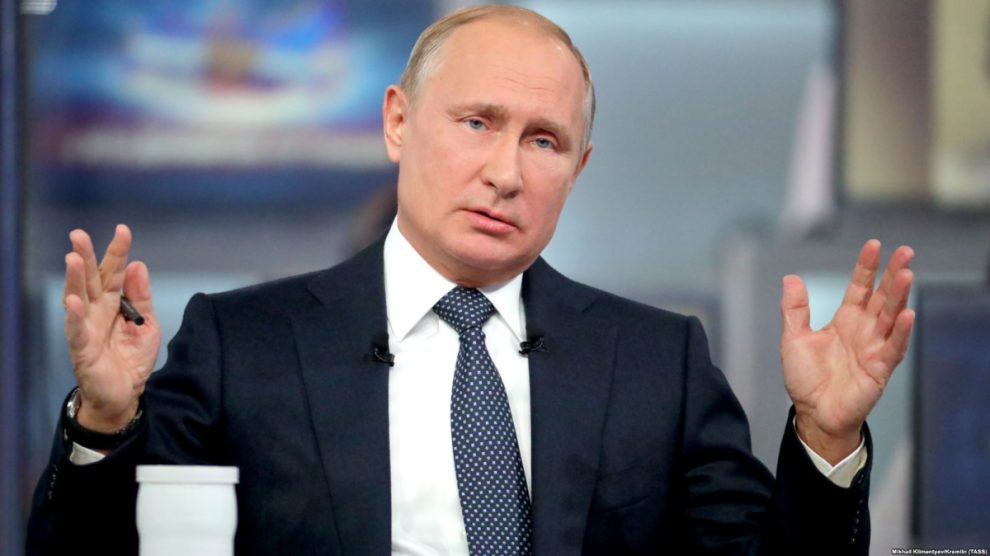 The Kremlin’s tactic of forcing “hostile states” to pay roubles for supplies doesn't benefit it, except for the short term. Carlo Bagnasco dismantles Russia’s gamble, urges the West to keep the pressure up and the EU to fill its storages jointly and quickly

Last Wednesday, European markets were shaken by Vladimir Putin’s announcement that Russia would only accept roubles from “hostile countries” paying for gas. Then he added fuel to the fire on Monday by requesting that Gazprom and the Russian central bank prepare for the switch and be ready by Thursday, March 31.

Such announcements directly impact the European natural gas price index, which already fluctuates five to eight times higher than last year’s rates. The economic recovery, the race for resources, and the Russian invasion of Ukraine have all contributed to keeping traders on edge; they tend to wince at every unexpected development, such as the threat of the Kremlin closing the taps.

Carlo Bagnasco, an Italian manager in the energy industry and formerly at Gazprom Export in Italy, pointed out that Mr Putin’s request is far from advantageous, considering standard market logic. But knowing the mentality of the Russian supplier – and having already warned about its unreliability – the entrepreneur told Decode39 he has a more cynical explanation.

Even assuming that payment can be demanded in roubles (without triggering contract renegotiation clauses, which would be especially painful for Russia in the current context), “we all know very well that Russia cannot possibly forgo European payments for its supplies.” The Kremlin would effectively fail to cash a daily cheque of 400 to 500 million euros a day, the only stable income in an economy that’s sinking under the weight of sanctions.

Mr Bagnasco also pointed out that renegotiating the contracts would certainly not benefit Moscow. Even if the European States ended up paying for supplies in roubles, he said, they would still convert their money using the day’s exchange rate – with the Russian currency close to historic lows – without any variation in the economic conditions of supply.

Thus, the manager believes Mr Putin’s move is nothing more than “a brutal speculative manoeuvre, tailored to the very short term, to prop up the rouble.” In one fell swoop, he has put Western economic systems under stress while profiting from market fluctuations to increase his income.

In response, said the expert, the West should hold the line and keep applying pressure via sanctions on Russia, which is showing clear signs of weakness. Europe, however, must keep its guard up: the cold season may be almost over, and the demand for gas might be waning, but this is “the most delicate moment of the year, because now we have to fill the stocks, and operators are planning their purchases right about now.”

The first European auction was “seriously unsatisfactory” because of the high rates, which make gas purchasing and stocking financially unviable for operators. “I hear talk of joint purchases at the European level,” said Mr Bagnasco. “I personally disagree because I believe that the EU’s energy companies possess the necessary weight. However, I also believe that a public, EU-wide management of storage facilities is fundamental.”

Decoupling Europe’s wholesale electricity prices from the price of gas might prove too hard, he added, because the differences between countries’ energy mixes cannot guarantee a common playing field. “It is desirable but very complex in such a short time frame: I see many operational hurdles, especially on integrating European markets.”

The energy manager believes that short-term solutions must necessarily include containing the price of gas, namely through consumption reduction and the geopolitical management of the situation. “In the meantime, working on decoupling [from Russia] is also strategic, especially given the massive increase in renewables in the coming years.”

We need a TTIP 2.0, now. An appeal by Italy’s AmCham
A new attack on Italy reveals Moscow’s isolation