Home » Tim: Santagata’s pivot towards security and the group’s relaunch 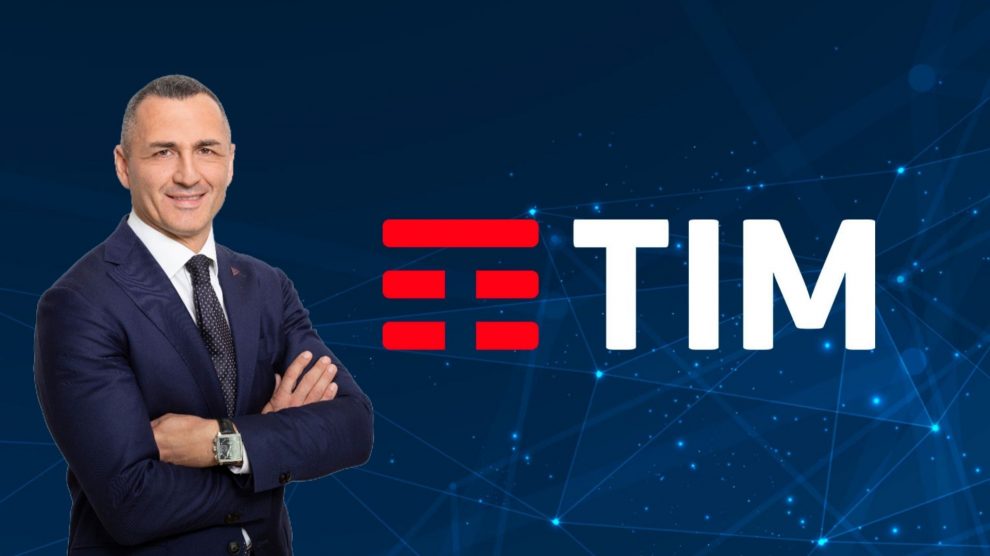 The Italian telco giant chose Eugenio Santagata, CEO of its subsidiary Telsy, as Chief Public Affairs & Security Officer. His appointment shortly follows that of Pietro Labriola as CEO of the group

Tim Group, Italy’s biggest telco company, has chosen Eugenio Santagata as its new Chief Public Affairs & Security Officer. The board took that decision in the name of continuity: Mr Santagata has been CEO of Telsy Spa, the group’s subsidiary specialised in the creation of cybersecurity systems for defence and national security, since April 2021 (read his interview with Decode39).

Mr Santagata founded Cy4gate, a leading cyber intelligence and cybersecurity company that he listed on the stock exchange in 2020. He is a veteran of the defence and security industries, having spent more than 12 years abroad in managerial roles.

The executive has a military background, too. After attending the Nunziatella Military School and the Military Academy of Modena, he obtained a degree in Political Science and Law, a master’s degree in the United States and an MBA at the London Business School.

For those involved in defence and cyber affairs, Mr Santagata’s is certainly not a new name. He was deputy general manager at Elettronica Group, a leading Italian company in electronic countermeasures, owned by Leonardo and Thales and controlled by the Benigni family.

In that capacity, and in particular by interacting with Thales, he was able to get a close-up view of French industry and culture (he speaks the language fluently, along with English, Spanish and Russian).

He is also well known in the world of Italian politics, as he is held in high regard by several officials in the government and presidential buildings, as well as the former’s security departments, and his opinion carries a notable weight.

Mr Santagata was appointed on Saturday and will work directly under Pietro Labriola, managing director and general manager of Tim. The new structure will include the Security Function, which will remain under the responsibility of Stefano Grassi, and the offices of the Chief Public Affairs Officer, which will be absorbed.

The newly appointed executive will also retain his position as CEO of Telsy, a Tim Group company that’s subject to the so-called “Golden power” regulations because it owns activities of strategic importance for defence and national security.

Possessing solutions over which a State has full control guarantees data and comms security, explained Mr Santagata in a recent interview with Decode39, as he illustrated his new course.

“Telsy’s growth starts from Italy, whose cybersecurity market exceeds€ 2 billion per year. But it doesn’t stop there,” he said, adding that Telsy was looking at the international security market, especially the governmental type.

The manager is also eyeing “solutions of both military and civil interest (dual-use), ranging from preventive and contextual risk analysis (threat intelligence), to the management and monitoring of risk scenarios (incident response team and monitoring), to the adoption of open and collaborative analysis and control tools (open source intelligence and decision intelligence)”.

Mr Santagata’s appointment was announced as Il Sole 24 Ore released Mr Labriola’s first interview as CEO. According to the latter, the current value of Tim is lower than its components; hence, a plan to make the network autonomous will arrive by the summer.

There are four areas to consider: infrastructure, services to large companies, services to individuals and families, and Brazil. “These are very different business models in terms of investment needs and timescales, profitability and organisation,” explained Mr Labriola.

“The market today wants to know about margins, duration of contracts and ability to achieve objectives. Keeping the four areas together at all costs creates confusion and depresses the group’s valuation. The way forward is to create the conditions to make them autonomous.”

Tim Group’s CEO confirmed that the network component would be unbundled. He’s counting on reaching “a proposal by the summer to overcome all the limits set by the interventions of the regulatory authorities, which in the last 15 years have made the company subject to more rules, with important repercussions on commercial activity.”

Even today, he explained to Il Sole 24 Ore, Tim has to guarantee wholesale services to other operators even if they are obsolete. Moreover, offers are subject to prior controls that make commercial promotions particularly rigid. And yet, the TLC sector in Italy is “very competitive” and service prices are among the lowest in Europe.

With regard to trade union relations, who have been criticising the dissection-related aspects of the Group’s new strategy, Mr Labriola stated that his objective is to “focus on Tim’s various activities in order to improve its results. The unions are important stakeholders. We deal with them and we will continue to do so. For the good of the company, the shareholders and our colleagues”.

By separating the network infrastructures, Mr Labriola believes it will be possible for Tim to team up with Open Fiber, the other big fish in the pond. Italy is the only European country with two totally overlapping fibre optic infrastructures, he explained, stating that their unification would yield better results – as confirmed by several government officials.

The two ultra-broadand infrastructures are a short way from completion, but the CEO still believes “there’s plenty of room for synergy. Today about 97% of households with a wired connection can access network speeds above 30 megabits per second, but with the development of the fibre-to-the-home (FTTH) network we will up it to at least 1 gigabit per second.”

According to AGCOM, Italy’s telco authority, fibre adoption is growing rapidly, having risen 51% between September 2020 and September 2021, which translates to 830,000 new wired accesses provided each year. However, last-gen FTTH accesses are less than 20%.

“Over the next three years Tim has forecast 1 to 1.2 billion in yearly investments, and access will continue to grow. The Tim-Open Fiber agreement could lead to a more rational allocation of the same investments and the reduction of squandering.”

Costs would be divided with Open Fiber, he added, the migration to the new technologies would reduce energy consumption, and sharing would lead to synergies in excavation and operational management. However, he warned, the authorisation processes will be complex – and antitrust procedures will require the utmost attention.

The role of KKR and investors

The American found KKR will have the chance to play a role by participating in the new single company that will oversee the Tim-Open Fiber joint network. “The non-disclosure agreement signed last week with [State lender] CDP is potentially open to the involvement of third-party financial investors”, he explained, “and [KKR] already told us they are interested in other projects.

The CEO recalled that KKR had invested 1.8 billion in FiberCop, the group company overseeing the last-mile network, which aims to reach via FTTH about 60% of Italy’s real estate units by 2026.

When asked about the fund’s bid to buy the entirety of the group, however, Mr Labriola said that “if KKR decides to present a concrete, complete and attractive offer, which contains, among other things, an indication of the price per ordinary share of Tim, the board will be in a position to reconsider its decision not to open the due diligence to KKR, in the interest of all shareholders.”

“Nonetheless, we have excellent relations and will continue to cooperate in FiberCop. Moreover, allow me to reiterate that KKR has stated it is willing to explore any other transaction in the interest of the Company, its shareholders and the country.”

The Italian cyber agency gears up to eradicate Kaspersky
Chinese sights on Italian robotics: a new test for the gov’t