Home » The Draghi government is (basically) over 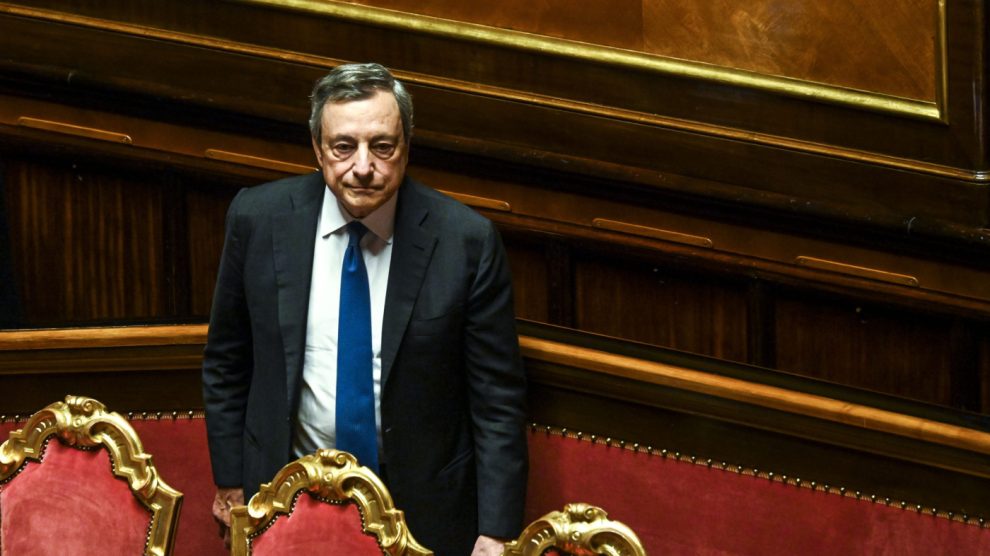 The Italian Prime Minister asked Parliament to vote confidence on his legacy course, but two centre-right parties broke ranks. Now Italy might be heading for snap elections even as several crises loom over the horizon

Draghi’s out. The Italian Prime Minister is expected to resign after a day of political turmoil and weeks into a brewing government crisis. He will likely carry on as caretaker PM until the next elections; the earliest possible date is in early October.

It was a political calculus. When he addressed Parliament on Wednesday morning, the former ECB head called on the parties to renew the trust that had supported his government. But two parties chose to take advantage of the window of opportunity.

Look right. The League (led by Matteo Salvini) and Forza Italia (headed by Silvio Berlusconi) probably intend to benefit from early elections to maximise their electoral gains. They are allied with the only major opposition party, Giorgia Meloni’s Brothers of Italy, who currently stands to win the most.

Now what? In line with all the other European countries, among galloping inflation, the energy and cost-of-living crisis and economic warfare with Russia, Italy’s economic outlook was already worrying. Now it’s looking even worse; as the day’s outcome was becoming clearer, the BTP-BUND spread (widely used as an economic indicator) peaked at a dire 236 points.

Italy’s international positioning is also likely to change. Under Mr Draghi’s leadership, the country had carved out a bigger, more influential role on the world stage. His steadfast attachment to the Euro-Atlantic framework was pivotal in shaping the Western response to the Russian aggression on Ukraine and fostering cooperation.

Italian elections: a cheat sheet of the parties’ foreign policies
Unpacking Biden’s Middle East trip, US disengagement and the EU