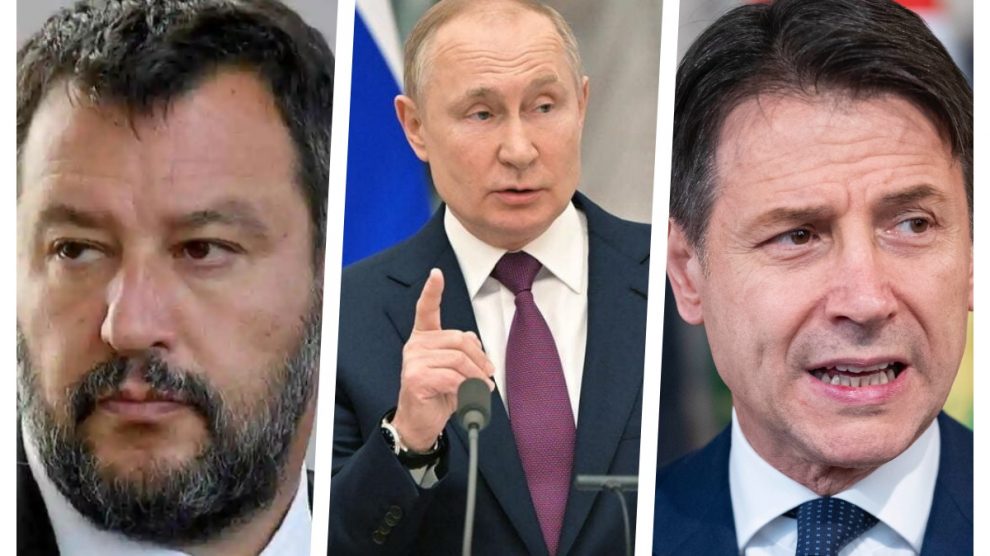 Draghi’s staunchly Western government is suffering from political infighting, caused by those same “pacifists” that were (are?) the most fervent supporters of Putin

Some love stories never end. In Italy, the pro-Russian faction is alive and well – and it spans across multiple parties. They have only changed flags. As a result, the country is split in two:

Did someone say League? Matteo Salvini, the party’s leader, has at least one merit: he does everything out in the open. For years he’s been among the biggest European supporters of Putin, “one of the great leaders of the 21st Century.” Today, he’s embarrassed.

The pope’s playbook. To do so, Mr Salvini follows a well-established script: quoting from memory (and exploiting) Pope Francis and his appeals against rearmament.

Five Star Movement: same score. Once lone allies in government, the 5SM and the League are now formal rivals. But a Russian marriage may help reunite the pair.

Clinging to the seat. Meanwhile, the party is grappling with the Vito Petrocelli case. The chairman of the Foreign Affairs Committee and first-hour 5SM member has sympathised on Twitter by using the “Z” of Putin’s invasion. Mr Conte wants to expel him, MPs want him to resign, but he is still there – and Parliament’s mechanism make it hard to oust him.

Why it matters: in Washington, PM Draghi will seek to reassure President Biden stating that Italy stands with the West and the Ukrainian resistance. But his government coalition, eyeing the April 2023 elections, is less solid than expected.

India, Europe and (non-nuclear) war. A dialogue with Carnegie’s Tellis
From Tokyo to DC: how Draghi weaves the democratic front