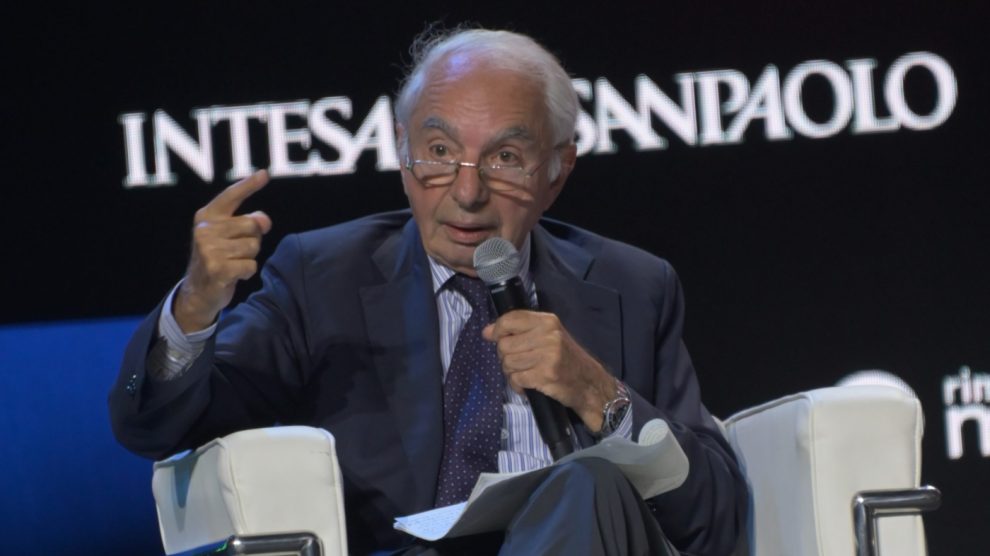 At the Rimini Meeting, the two-times PM and current President of the Constitutional Court spoke of what separates a democracy from an autocracy, touching upon Russia’s invasion of Ukraine and the essential flaws of today’s democracies

Bring in the heavy hitters. The Rimini Meeting stands out as one of the key political and institutional events in contemporary Italy. The conference usually features some of the most influential people in the country, along with most of the political leaders. So it was no surprise to see Giuliano Amato onstage on Monday.

Addressing: Russia. “Democracy and Truth” was the day’s theme. And President Amato tackled it face-on. “In post-modern technology, the true has been replaced with the verisimilar. Opinions are formed on scraps of truth,” he said. It seems that opinions are part of the facts, he continued, citing the Russian invasion of Ukraine as an example.

What makes a democracy. The former PM admitted that “sometimes, for the sake of good, you can also not tell the truth.” Sometimes democracies have attempted to impose an official truth, he continued, citing the Ustica massacre. However, he noted, “the imposed truths have failed to get through.” What happens in Russia, he added, cannot happen in Italy.

What breaks a democracy. President Amato also addressed some of democracy’s pitfalls, such as “individualistic relativism that has [frayed] the connective tissue of our societies,” not unlike when citizens moved from the countryside to the cities. “We have witnessed the end of the great aggregators, such as the parties of the past, the real factor that made democracy work and benefitted millions of citizens.”

Mario Draghi lays out his legacy for Italy, Europe, and the West
FS’ Frecciarossa trains set to run on Spanish tracks