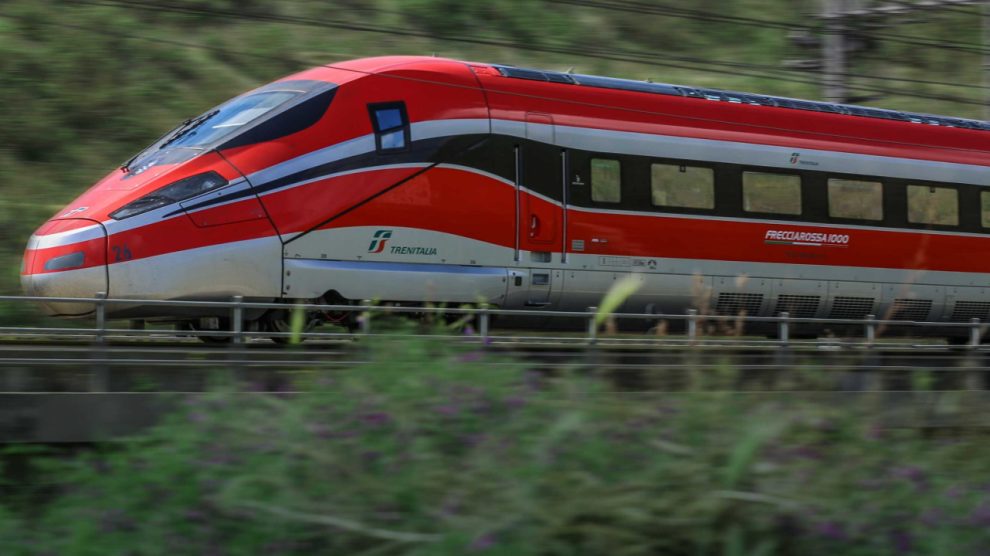 As the last stage of testing begins, the Italian State Railways’ flagship trains will be offering faster and greener connections between the main Spanish cities by year’s end

The final leg. Thursday marked the beginning of the technical tests for the Frecciarossa 1000, FS Group’s flagship train, which is being deployed on the railway line connecting Madrid and Barcelona.

High speed speaks Italian. Back in 2019, ADIF (the manager of the Iberian railway infrastructure) assigned 30% of the connections on the high-speed network to FS’ brand. That made it the second-most important actor after Spain’s own national operator, Renfe.

Greener travel. In line with the European Union’s directives, FS aims to encourage Spaniards to pick a more sustainable travel option for longer routes and develop rail links between the main Iberian cities. The company brings to the table over ten years of experience in the sector and has been perfecting its vehicles.