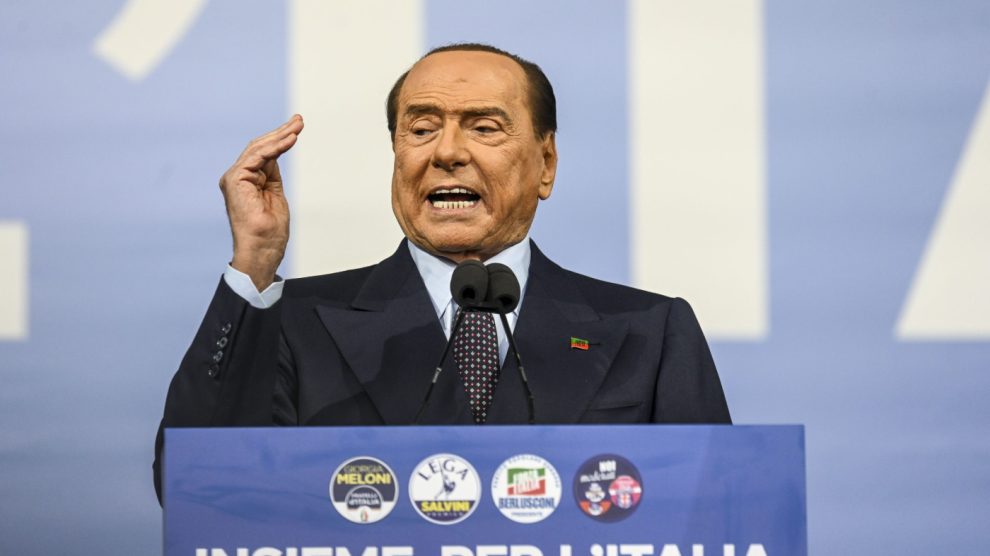 Italians will vote on Sunday, and politicians rush to the finish line. But the former PM tripped on live TV, painting the Russian invasion of Ukraine using the Kremlin’s talking points

Last-minute gaffe. Italians head to the polls on Sunday, as the flash electoral campaign finally comes to an end today. But right before the finish line, Silvio Berlusconi – who turns 86 next week – stumbled on live TV on Thursday evening. And he made massive waves in the process.

Kremlinspeak. The leader of Forza Italia, a party that’s meant to be the moderate mainstay of the centre-right coalition, painted the Russian invasion of Ukraine in a manner that would have suited the pro-Moscow channels on Russian television. Except it was Rai 1, the Italian State TV’s first channel.

Wow, right? For the past months, Mr Berlusconi has been saying that his 20-year friendship with Vladimir Putin wouldn’t have conditioned his pro-European and Atlanticist commitments. The former PM then signed off this pro-Russian version of events parenthesis by pledging, regardless, to maintain support for Ukraine “because we cannot, in any way and for any reason, break our participation in Europe, in NATO, in the West, in the United States.”

European damage control. The video spread like wildfire in the night. The morning after – Friday – Mr Berlusconi’s European allies sought to throw some water on the matter. “The position of Forza Italia is crystal clear: they support Ukraine in the fight against Russia’s illegal war,” posted the Twitter account of the European People’s Party, which counts the Italian force among its members.

One might wonder… if the Russian Embassy’s veiled threat hours before Mr Berlusconi’s gaffe had something to do with it. Its Twitter profile posted pictures of Italian politicians – all of whom are running in the ongoing elections as party leaders – and accompanied them with an ominous-sounding label: “From the recent history of relations between Russia and Italy. We have some to remember.

Meloni scorns the BRI and looks West (for sanctions compensation)
Russian Embassy speaks like Salvini, three days before the elections