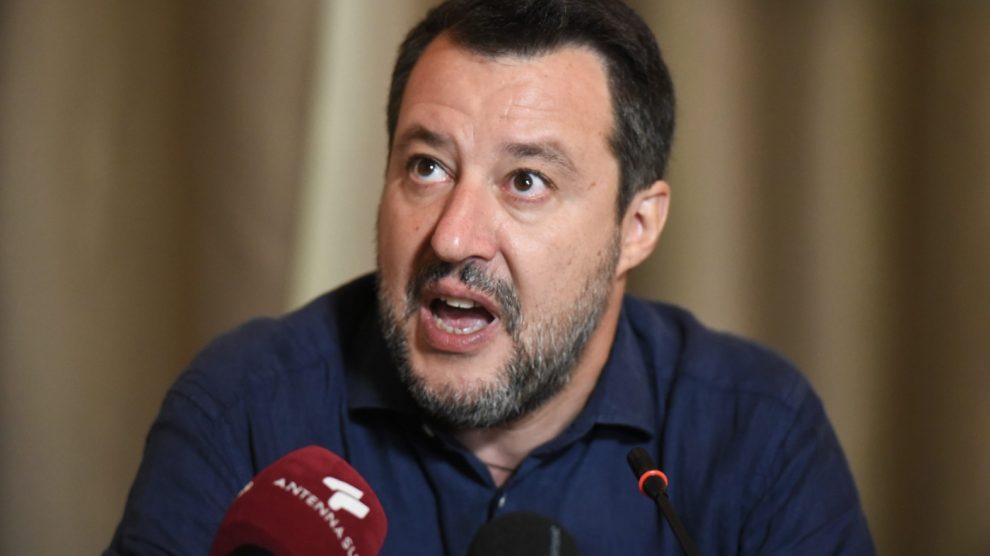 While the League leader’s feet are pushed close to the fire over his ties with the Kremlin, Moscow’s attacks show no sign of abating, even as Italians head to the polls. Here’s the latest from the Russian officials in Rome

The ties that bind. The League’s Matteo Salvini has been one of the most vocal supporters of Vladimir Putin’s Russia up until it invaded Ukraine and then some. Along with the Five Star Movement’s Giuseppe Conte, he has been critical of sending military aid to Kyiv and European sanctions on Moscow, vouching instead for a rather undefined “peace process”.

That’s not a great look, especially on the campaign trail (Italians will vote for their next government on Sunday). And while Mr Salvini has been stepping down his pro-Russia statements, which sit awkwardly with his Euro-Atlantic coalition partners, he’s also been sidestepping the issue as much as possible.

An awkward interview. Speaking on Radio24 on Wednesday morning, he was pressed by the presenter on his Russian relations – and was none too pleased. “Let’s not jest. Everyone has had relations with Putin: Renzi, Letta, Prodi, Berlusconi. All of them,” he said, naming four former prime ministers.

The Russian mirror. Interestingly, Mr Salvini’s defensive line about not being the only one to have had contacts with Russia closely resembles Moscow’s own communication strategy in Italy. On Thursday, the Twitter profile of the Russian Embassy in Italy posted pictures of Italian politicians – all of which are running in the ongoing elections as party leaders – and accompanied them with an ominous-sounding label: “From the recent history of relations between Russia and Italy. We have some to remember.”

Putin was forced to invade Ukraine, maintains Berlusconi
After Putin’s escalation, Conte blames Zelensky (and looks back at Xi)