Home » The reformist or Italy’s AOC. Who will be the next leader of the Italian Dems? 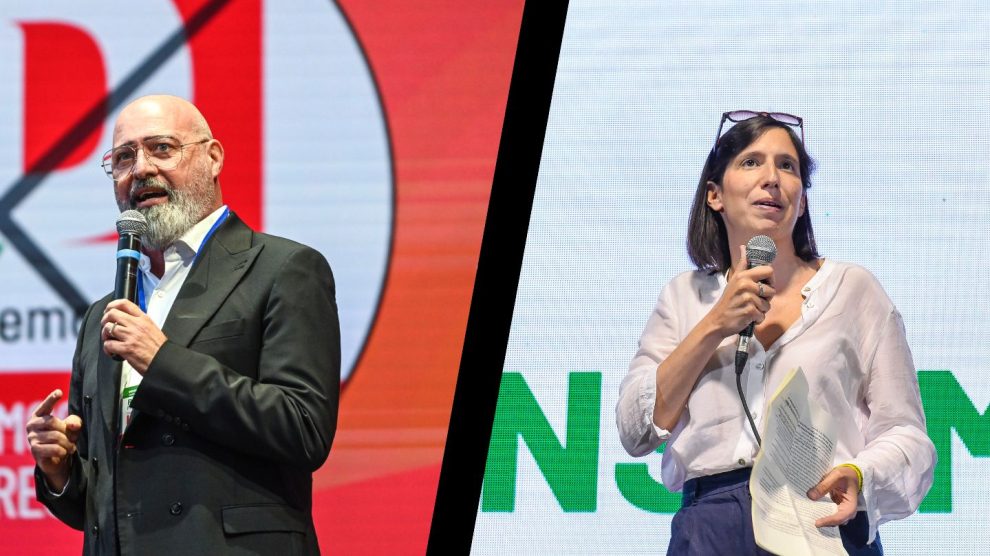 After an underwhelming performance at the polls, secretary Enrico Letta announces he’ll step down from his post at the next party congress, in March. The two frontrunners, Bonaccini and Schlein, represent two different souls of the Italian left

It could have gone better. The Democratic Party came in second at Sunday’s general elections, garnering just under 20% of the total votes. But no one would be able to tell by how sombre and resentful party members appear.

Enrico Letta’s leaving. The party secretary and former PM, who left his job at Sciences Po to helm the Democratic Party he co-founded, announced he would step down from his post. He will stay on as a caretaker until a suitable replacement is found.

What happened? We asked sociologist and political analyst Mauro Calise on our sister site. He called Mr Letta’s quitting a “dignified” way of shouldering responsibility. Then he explored the root causes of the party’s electoral result.

Who’s next? Word on the street is that these two characters, among the most powerful party members, are the best suited to become the DP’s next secretary. And a choice between the two would speak volumes about the direction it chooses.

Meloni looks to Draghi for continuity and to “co-write” the budget
Pro-Russian parties underperformed in Italian elections. What it means for Meloni