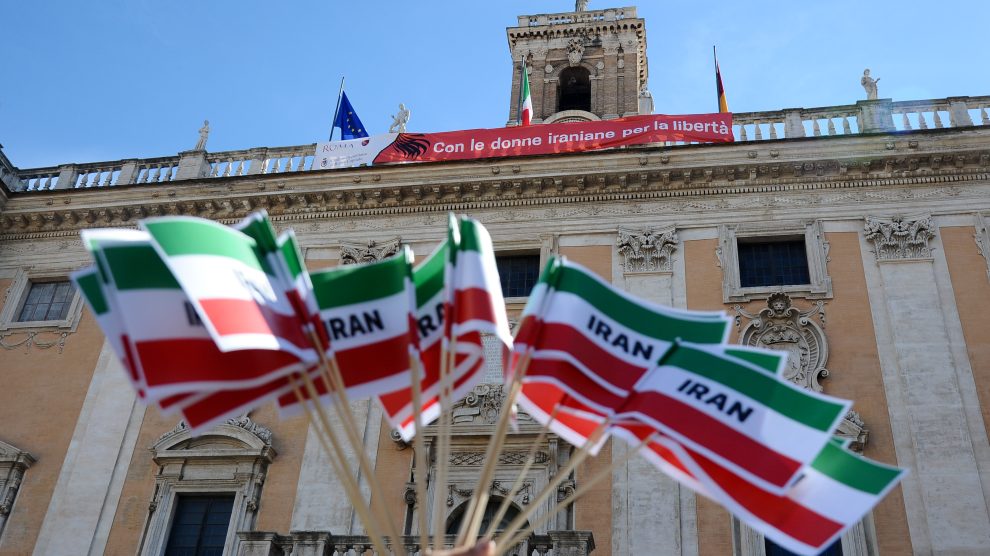 Brutal repression of protests, human rights violations and support to the Russian aggression against Ukraine shows that the Iranian regime is “irretrievably” failing “in its international obligations”, argued the man who oversees Brothers of Italy’s foreign policy

Regime change in Iran. “The end of the unreformable theocratic regime in Tehran” is “a goal that Europe should firmly support”, argued Giulio Terzi di Sant’Agata, Senator of Giorgia Meloni’s Brothers of Italy party and chairman of the Senate’s Chairman of the European Affairs Committee.

An unreliable government. The Iranian regime is “irretrievably” failing “in its international obligations”, Senator Terzi wrote. He was referring to three aspects, including “the use of Iranian drones in the Russian aggression” on Ukraine, “nuclear proliferation activities and serious human rights violations”, as the Senator wrote, highlighting both the regime’s brutal repression of dissent and its faltering commitment to respect international agreements.

Taiwan debuts in Italy-US relations. The Sherman-Tajani meeting
Italy-US, a partnership based on shared values. Wendy Sherman in Rome