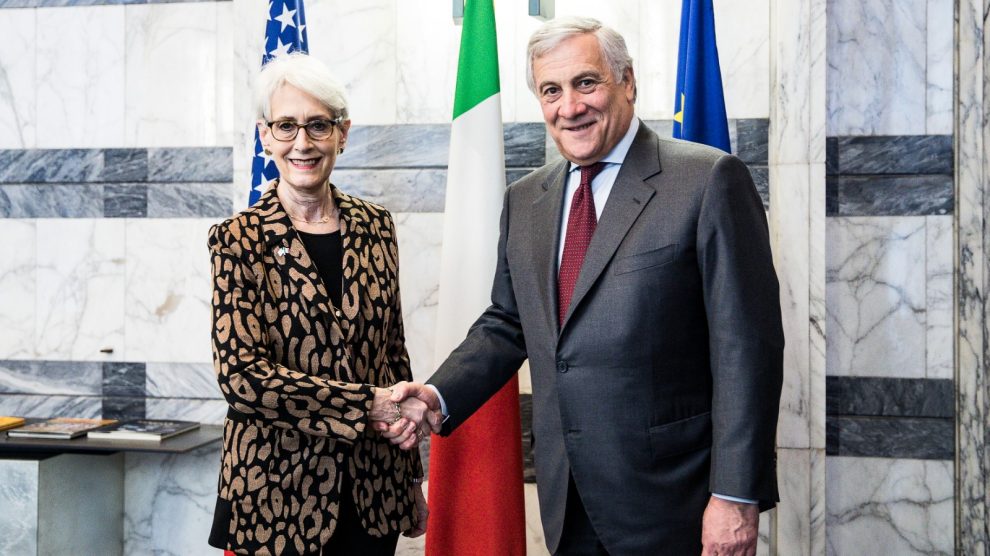 The US Deputy Secretary of State met with the Italian Foreign Minister on Tuesday. The two stressed their opposition to unilateral efforts to change the status quo in the Strait. Here’s why it matters

Talking Taiwan. On Tuesday, US Deputy Secretary of State Wendy Sherman met with Italian Foreign Minister Antonio Tajani. According to Washington’s readout, the two “discussed further deepening our alliance to address global challenges including energy security and our opposition to unilateral efforts to change the status quo in the Taiwan Strait.

In a later tweet, FM Tajani called the meeting “positive” and detailed its contents, which included the concept of friendship with the US as a pillar of Italy’s foreign policy.

Mind if I pop in? The number two in US diplomacy is on a week-long diplomatic mission to Europe. Her meeting with Mr Tajani (whose US counterpart is Secretary of State Antony Blinken) was not on her initial agenda, which featured meetings in Rome with Ambassadors Francesco Talò, diplomatic adviser to Prime Minister Giorgia Meloni, and Ettore Sequi, Secretary-General of the Ministry of Foreign Affairs.

Taipei has entered the chat. Comparing the notes and the tweet reveals that the Taiwanese issue has become a new feature in the bilateral relationship. That issue is indivisible from the matter of relations with China.

Italy’s role. As far as Italy (still?) appears from military engagement in the Indo-Pacific, Rome represents an ally for Washington – both because of its good relations with Southeastern Asian Nations and its belonging to the democratic field in the model clash against autocracies.