Home » Italy-US, a partnership based on shared values. Wendy Sherman in Rome 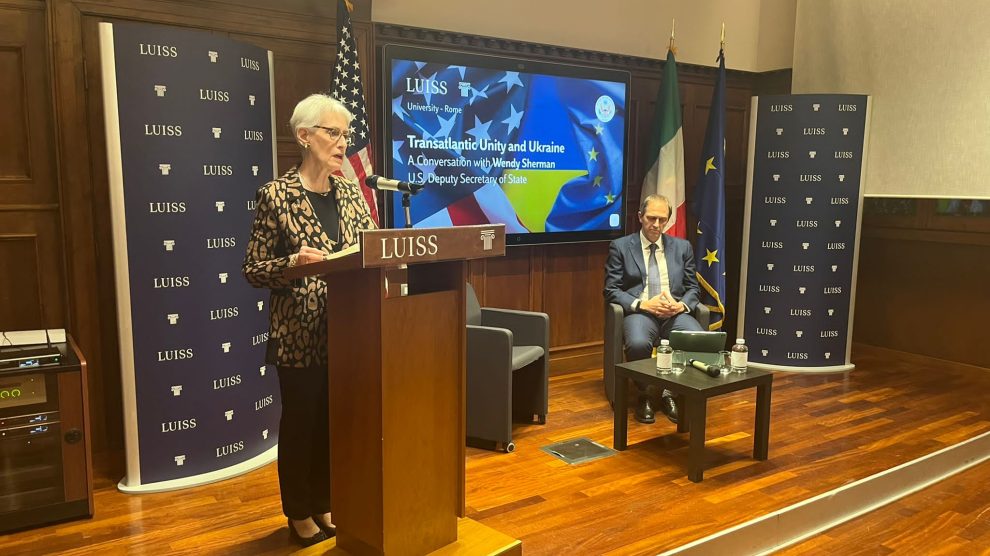 The US Deputy Secretary of State is in Italy to meet senior Italian officials. Speaking at LUISS University, she stressed the importance of remaining “steadfast” in helping Ukraine defend “our values”. She delivered a clear message to “pacifists”, too

Standing our ground. “As democracies, our countries must remain steadfast in withstanding this onslaught and helping Ukrainians defend their values and our values, our own values”, said US Deputy Secretary of State Wendy Sherman at LUISS University in Rome.

Pacifists, “make no mistakes”. “Of course, we want the violence to end,” Deputy Secretary of State Sherman said. “But make no mistake. The fastest route to peace is for the person who started this unprovoked war to end it. Simply put, Russia must remove all troops from the sovereign territory of Ukraine. Period.”

LUISS university in the US. The meeting with LUISS students is a step in the fruitful relationship of cooperation and dialogue between Italy and the United States, including between academic institutions.